As mentioned on our Facebook page, during the afternoon on Wednesday 1 January, QantasLink flight QLK2310 from Rockhampton Airport to Mackay Airport, which was operated by Dash-8-Q400 Nect Gen VH-LQM, was forced to return to Rockhampton Airport after it sustained a bird strike. 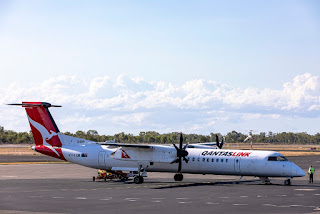 Reports suggested that the aircraft hit a pelican.  The Dash-8-Q400 circled to the North of Rocky for some time before landing back at Rockhampton Airport around 30 minutes after it had departed. 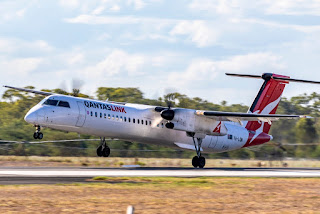 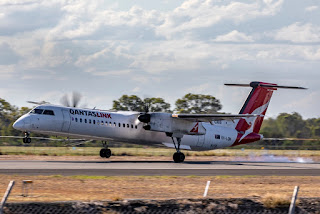 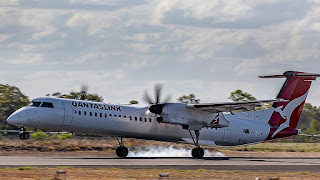 Passengers and crew exited the plane and Qantas reports that passengers were expected to be put another flight to get to Mackay. 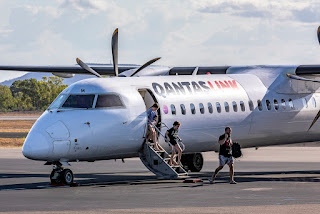 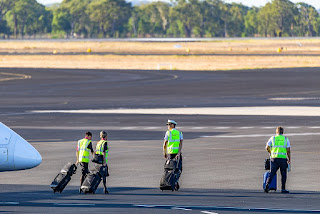 VH-LQM was inspected to damage and as the photo above shows, there appears to be damage to the top of the aircraft on centre wing section.

It has been reported that Rockhampton Airport has one of the worst bird (and bat) strike rates for an Australian airport.

Sincere thanks again to local photographer Russell P for taking the time to capture and send through these great photos!

All photos taken by Russell Prothero  ©
Posted by Damian F at 11:26 PM