Certainly a lovely sight and sound - and perhaps the movement of the year so far - spotted soon after arriving into Mackay Airport during the late afternoon on Tuesday 7 January was Hevilift Aviation (Papua New Guinea) Mil Mi-8MTV-1 helicopter P2-MHM. 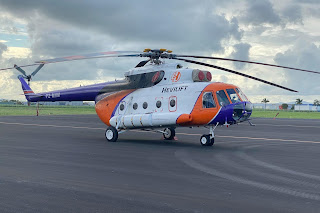 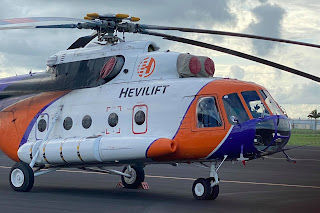 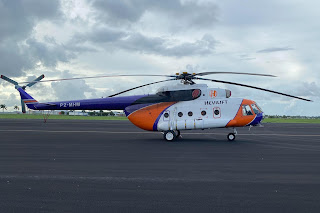 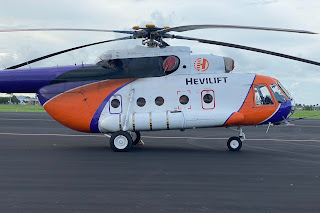 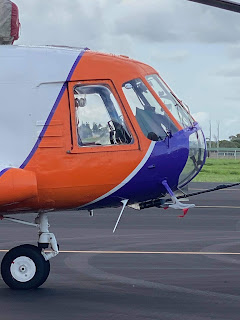 The big Russian-built helicopter arrived into the Sugar City from Cairns having earlier arrived from ports in Papua New Guinea and Far North Queensland over the previous couple of days.

It is believed that P2-MHM is flying South to provide airborne support during current bushfire crisis still gripping parts of Southern Australia.

At the time of writing, it appears that P2-MHM will depart Mackay Airport early on Wednesday 8 January for Bundaberg Airport and ports further South.

Sincere thanks to local plane spotter 'TM' for taking the time to capture and send through these great photos of a great visitor to CQ!