As mentioned below, a significant increase in Australian Defence Force (ADF) support during the current bushfire crisis gripping parts of Australia saw four Australian Army NH Industries MRH-90 Multi-Role Helicopters deploy from their Townsville base South to the bushfire zone via Rockhampton Airport on Monday 6 January. 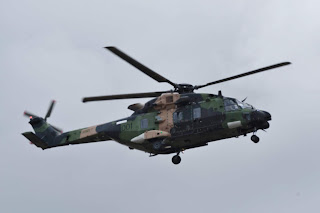 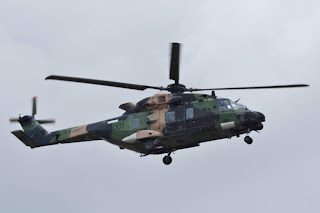 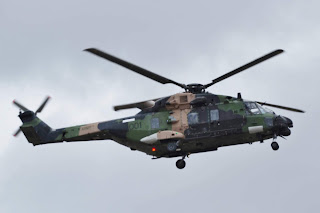 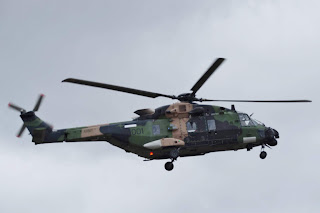 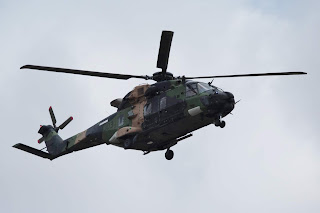 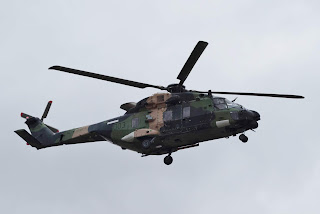 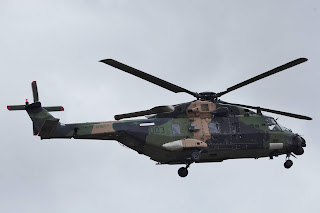 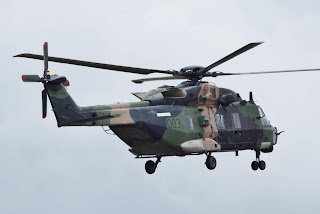 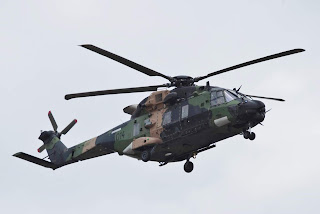 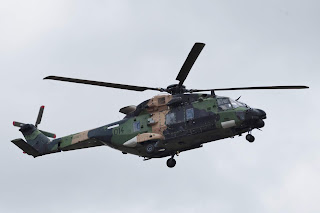 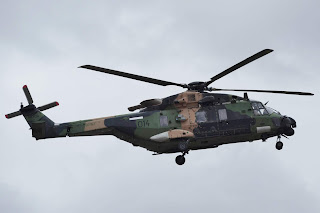 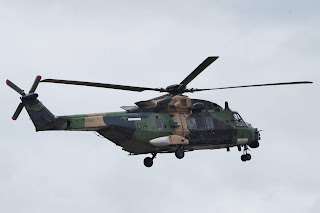 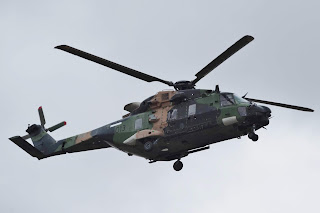 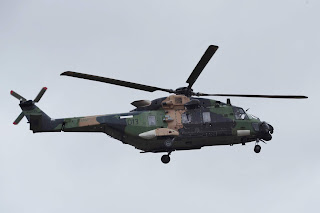 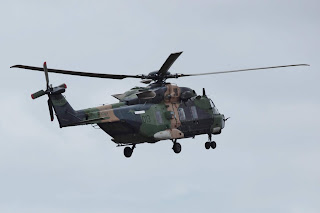 After some time on the ground, each MRH-90 continued South to RAAF Base Amberley, again departing around 10 minutes apart.

The four MRH-90s are flown by the Army's 5th Aviation Regiment (B Squadron) based at Townsville and are heading South to Sydney and form part of the boost in the support provided by the Australian Defence Force (ADF) during the current bushfire crisis currently gripping parts of Australia.

It's been quite busy at Rockhampton Airport in recent days with four Australian Army Boeing CH-47F 'Foxtrot' Chinook helicopters also passing through from Townsville heading South.  Scott H was also able to capture a photo of A15-309 as it passed through Rocky on Sunday 5 January as "Brahman 359". 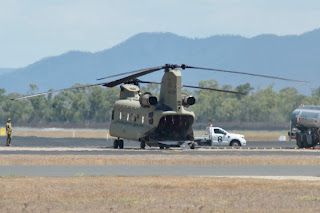 The ADF is continuing to support Emergency Management Australia in firefighting efforts around the country by providing transport and other capabilities including aviation, logistics, engineering and accommodation.

All photos taken by Scott Harris  ©
Posted by Damian F at 8:27 PM