With school returning, it is suspected that Hevilift Australia (Fixed Wing Division) ATR 72-500 VH-FVH operated a closed charter flight carrying students into Rockhampton Airport from Horn Island in Far North Queensland on Thursday 30 January.  It was noted flying as HT706


After an hour on the ground, VH-FVH returned to Brisbane again as HT706.

VH-FVH had flown North from Brisbane the previous day but as HT705.

Meanwhile, back on Tuesday 14 January and Wednesday 15 January, fellow ATR 72-500 VH-FVI was noted flying back into Australia via Brisbane from Nelson in New Zealand before it then continued to Cairns.  It was noted flying using the Virgin Australia flight number and callsign of "VOZ9943".

It has been that VH-FVI has been acquired by Hevilift and flew into Cairns for re-painting.

VH-FVI was one of many ATR 72 turboprops that were ferried across to Nelson for storage by Virgin Australia in 2017. 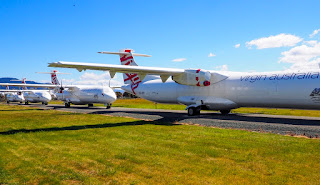 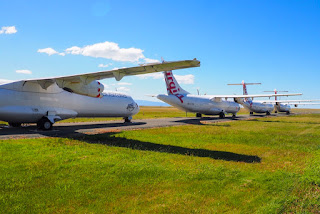 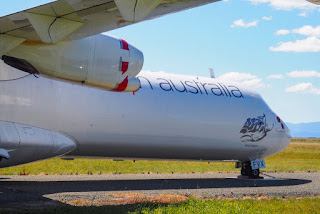 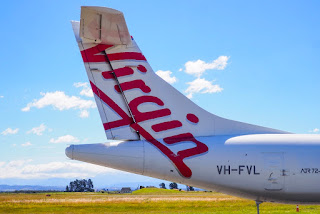 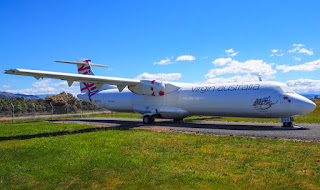 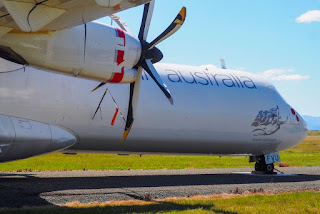 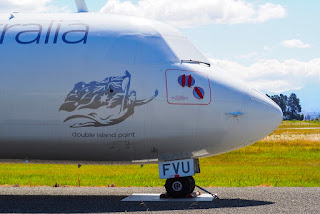 As these recent photos show, four Virgin Australia ATRs remain stored at Nelson with most of them having their props removed.

UPDATES!  On Thursday 27 August, former VH-FVI was photographed now wearing the Indian Registration marking of VT-FBA, as well as the titles and livery of a new Indian-based regional airline FlyBig.
In September, VH-FVI/VT-FBA was photographed again wearing its Australian Registration marking as it completed some test flights out of and back to Cairns.  VH-FVI then departed Australia on Friday 9 October and has entered storage at Rajiv Gandhi International Airport at Hyderabad in India.  The next week, VH-FVI was officially struck off the Australian Aircraft register and placed on the Indian Aircraft register as VT-FBA.
VT-FBA launched services as the long aircraft in the FlyBig fleet on Sunday 3 January 2021.