Some Movements from Gladstone Airport This Week


A fairly quiet week at Gladstone Airport this week, with some small General Aviation movements, as well as a Virgin Australia Embraer E-190 popping in on a scheduled service.

Most of the action occurred on Tuesday 8 January, with Edwards Coaches Cessna 525 Citation CJ2 bizjet VH-RJB spending the day at Gladstone Airport after arriving from Brisbane. 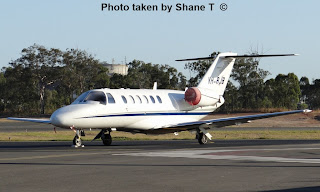 Also noted on Tuesday was Shadforth’s Civil Engineering Contractors Cessna 414A VH-SMX, which arrived from and later departed back to the Sunshine Coast.

Lastly, Emergency Management Queensland (Queensland Government) Agusta AW139 Helicopter VH-ESH popped into Gladstone on Tuesday 8 January, on its way North from Archerfield to Cairns.  It departed Gladstone for Mackay, Townsville, and then Cairns. 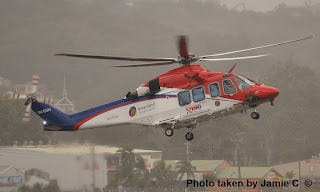 Incidentally, on Wednesday 9 January, sister-ship VH-EZJ travelled down the Queensland Coast, popping into Rockhampton Airport while on its way from Cairns to Archerfield.

Then on Friday 11 January, Virgin Australia flew Embraer E-190 VH-ZPG into Gladstone on a scheduled service from and back to Brisbane.  VH-ZPG touched down as VOZ1713, and departed as VOZ1716.