Edwards Coaches Cessna 525 Citation CJ1 bizjet VH-KXL was a surprise arrival into Longreach Airport on Sunday 19 August.  It touched down from Port Augusta and Wilpena Pound (in the heart of the Flinders Ranges in South Australia). 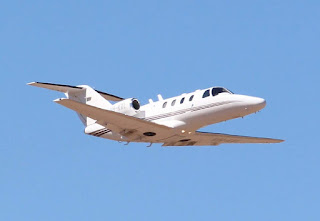 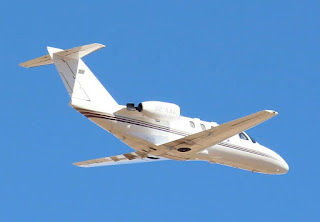 After taking on fuel, local plane spotter Greg W captured some photos as VH-KXL departed Longreach Airport for Lizard Island and then Cairns.

Meanwhile, also over the weekend Longreach Airport played host to the familiar sight of Beech B200 King Air VH-ODI of Dick Lang's Dessert-Air Safaris' as it looked to complete yet another tourist flight into the Central West.  It arrived from Innamincka in South Australia on Saturday 18 August and departed to Birdsville on Sunday 19 August.

Finally, also on Sunday 19 August, Gulf Coast Aviation Cessna 510 Citation Mustang bizjet VH-KXM was back in CQ once again, this time visiting Emerald Airport, flying in from Cairns and Vanrook Station. After taking on fuel, it then continued to Bankstown.