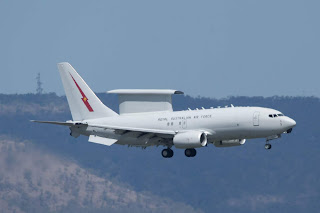 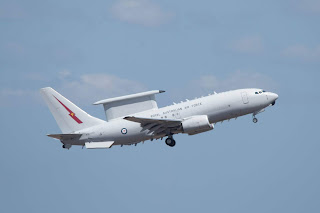 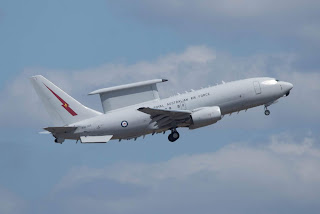 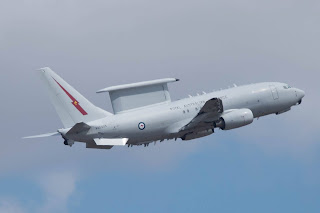 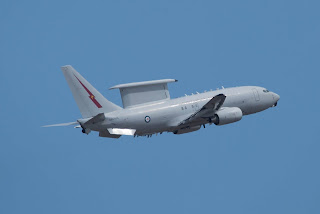 A30-005 was flying as "Wedgetail 07" and looked to fly up to Rocky from its home base at RAAF Base Williamtown near Newcastle in New South Wales.  After completing its airwork at Rockhampton Airport, A30-005 flew back towards the South later landing back at Williamtown. 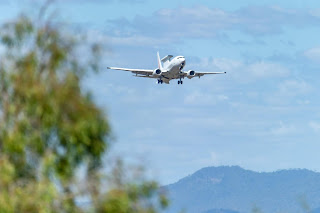 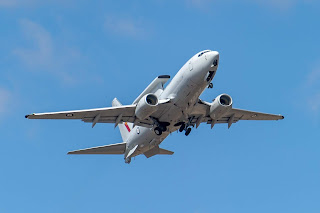 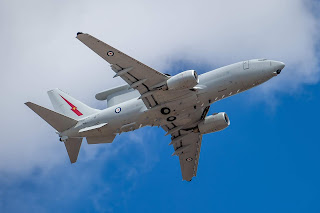 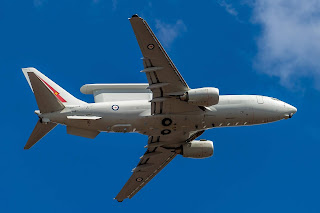 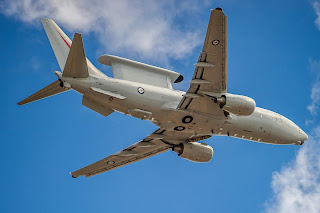 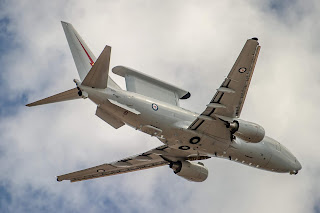 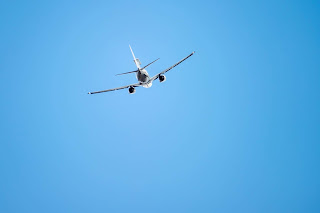 Of interest, A30-005 was also reportedly in the skies over CQ on Thursday 30 August, flying from Williamtown to Far North Queensland and back but as "Wedgetail 05".  And as posted below, it was noted completing airwork at Hervey Bay (Fraser Coast) Airport on Wednesday 29 August also as "Wedgetail 05".

A30-005 is one of six Wedgetails that are flown by the RAAF's No. 2 Squadron out of RAAF Base Williamtown, along a detachment also in the Northern Territory. Sincere thanks to local plane spotters Scott H and Daniel B for again taking the time to capture and send through these great photos!