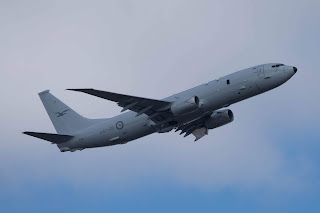 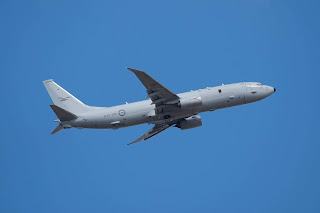 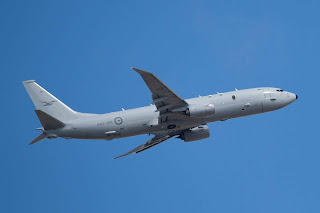 It flew South from Townsville (where it had arrived the previous day via what was believed to be airwork in the Whitsundays) and after completing its airwork at Rocky, A47-001 looked to head South towards Victoria before looking to eventually return to its home base at RAAF Base Edinburgh in South Australia.

All photos taken by Scott Harris  ©
Posted by Damian F at 9:11 PM