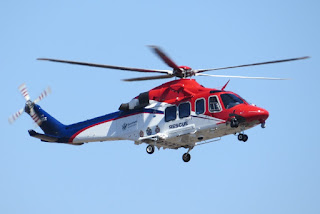 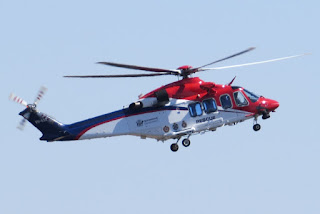 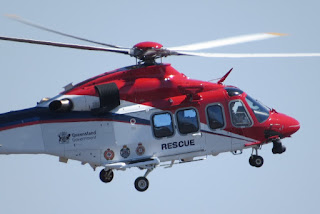 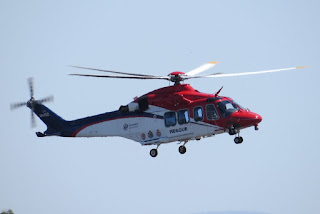 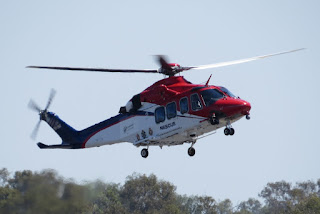 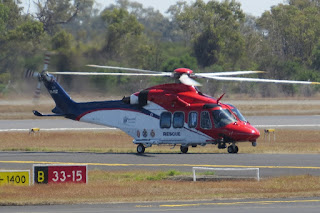 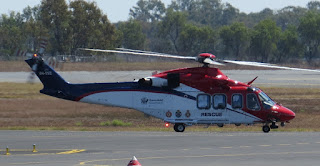 The Agusta flew into Rocky from Archerfield and later departed further North to Townsville and then Cairns.

VH-ESZ had flown South for planned maintenance in May this year and has recently been operating in the South-East corner out of Archerfield as "Rescue 500".

I believe that fellow QGAir AW139 VH-ESH is presently operating out of Cairns as "Rescue 510" so I would assume that will ferry South in the coming days to enter the maintenance hangar allowing VH-ESZ to take up service in the Far North.

UPDATE!  Indeed on Friday 24 August, VH-ESH was noted ferrying South from Cairns to Archerfield but via Mackay and Gladstone Airports.

As we have reported previously, this 'rotational system' of airframes that QGAir utilises ensure the even distribution of flying hours on each of the their Rescue helicopters.  This system avoids the need to have multiple helicopters offline for simultaneous scheduled maintenance.

All photos taken by Kayanne Hardsman  ©
Posted by Damian F at 10:58 PM