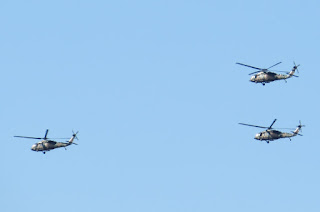 The Blackhawks flew up from the South with five of the six landing at Rockhampton Airport for fuel, while it is believed they all landed at Mackay Airport for additional fuel, before they all eventually continued to Townsville after the sun had gone down. 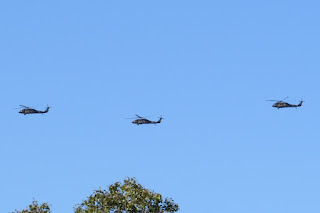 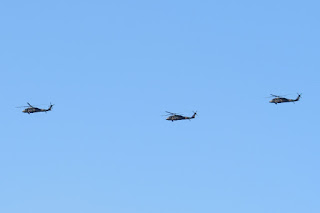 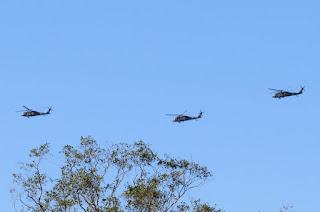 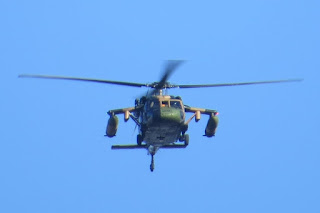 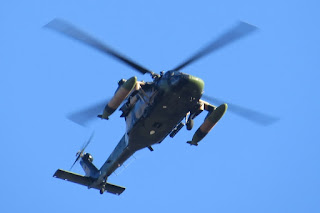 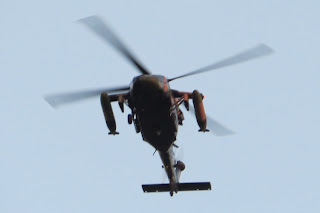 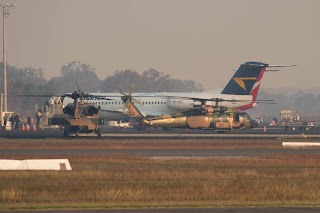 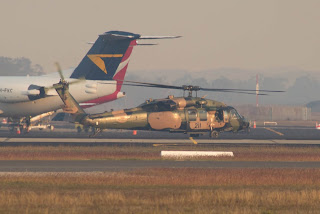 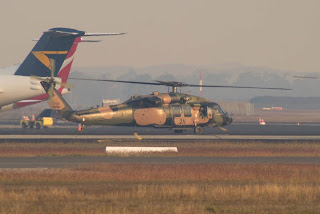 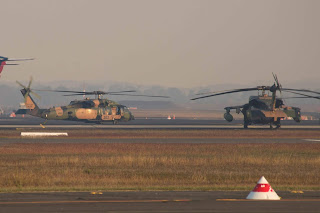 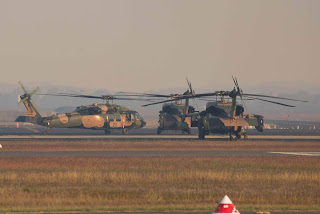 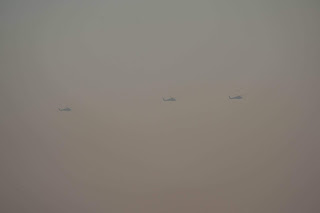 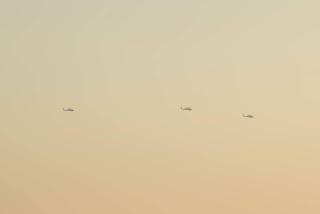 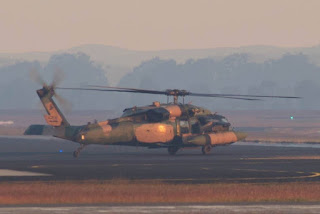 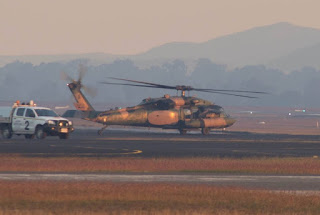 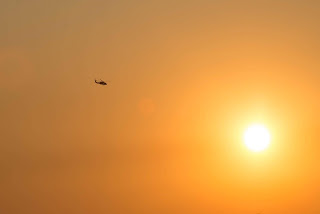 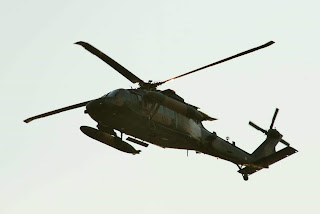 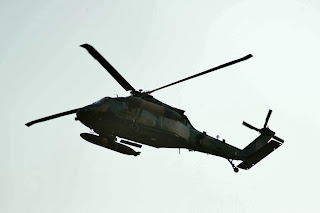 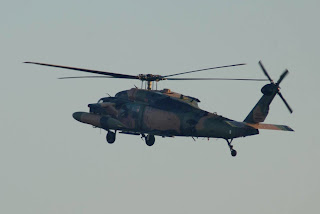 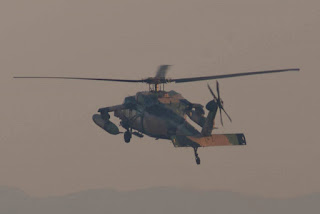 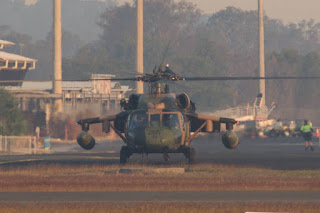 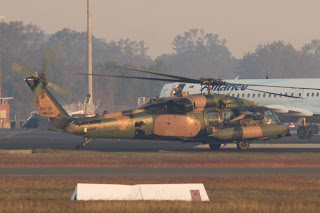 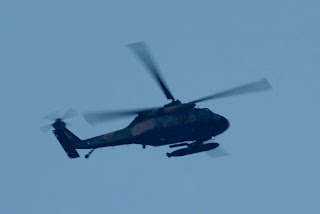 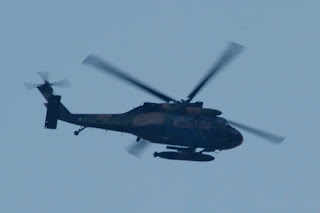 It is believed the Blackhawks are in Townsville for an Exercise around the city.  Two of the six were photographed on Wednesday 15 August at a media event at Victoria Park in suburban Townsville. 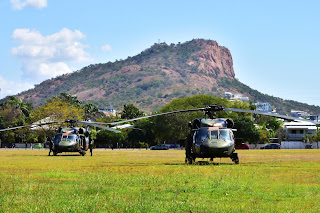 Finally, as this post is being written late on Wednesday 15 August, Australian Army NH Industries MRH-90 Multi-Role Helicopter A40-036 as "Destrier 109" was noted completing airwork around Proserpine (Whitsunday Coast) Airport while on a flight out and back to Townsville.  While another MRH-90 A40-023 "Destrier 132" was noted flying around Townsville.

Sincere thanks to the local Rockhampton and Townsville plane spotters for taking the time to capture and send through these great photos!