A couple of days after it flew South, on Monday 8 March, Australian Army Boeing CH-47F 'Foxtrot' Chinook helicopter A15-309 was noted heading back to Townsville, again passing through a couple of Central Queensland Airports .
It looked to fly up from Oakey via a missed approach at Gayndah Airport before then landing at Rockhampton Airport.  A15-309 is pictured later departing believed to be direct to Townsville. 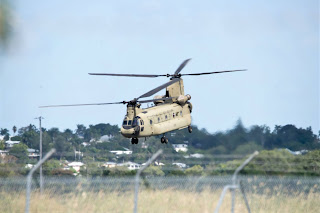 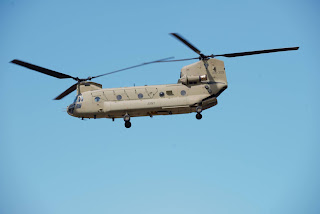 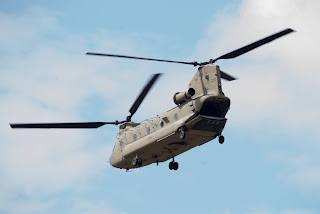 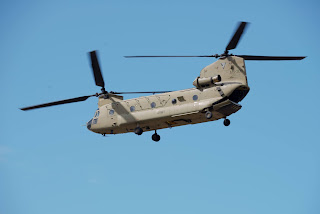 Of interest, A15-309 flew South via Mackay and Rockhampton Airports on Saturday 6 March - see Blog post below.
On this occasion, A15-309 was noted flying as "Easy 325/7".
Sincere thanks to local plane spotter Scott H for taking the time to capture and send through these great photos!
All photos taken by Scott Harris  ©
Posted by Damian F at 10:49 PM