Some Plane Spotting Photos from Mackay and Proserpine Airports This Week

While on holidays, I've been able to spend a few minutes at both Mackay and Proserpine / Whitsunday Coast Airports this week.  Here are few images I've captured. 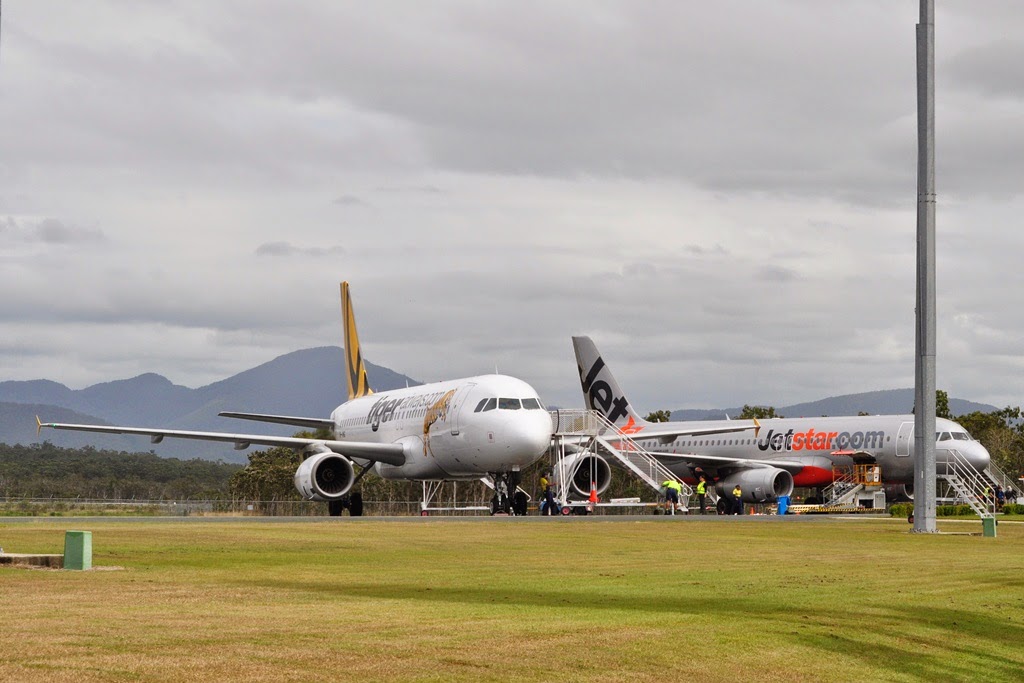 At Mackay Airport on Wednesday 2 July, Jetstar Airways Airbus A320 VH-VFK was spotted departing on their new service to the Gold Coast as JST895. 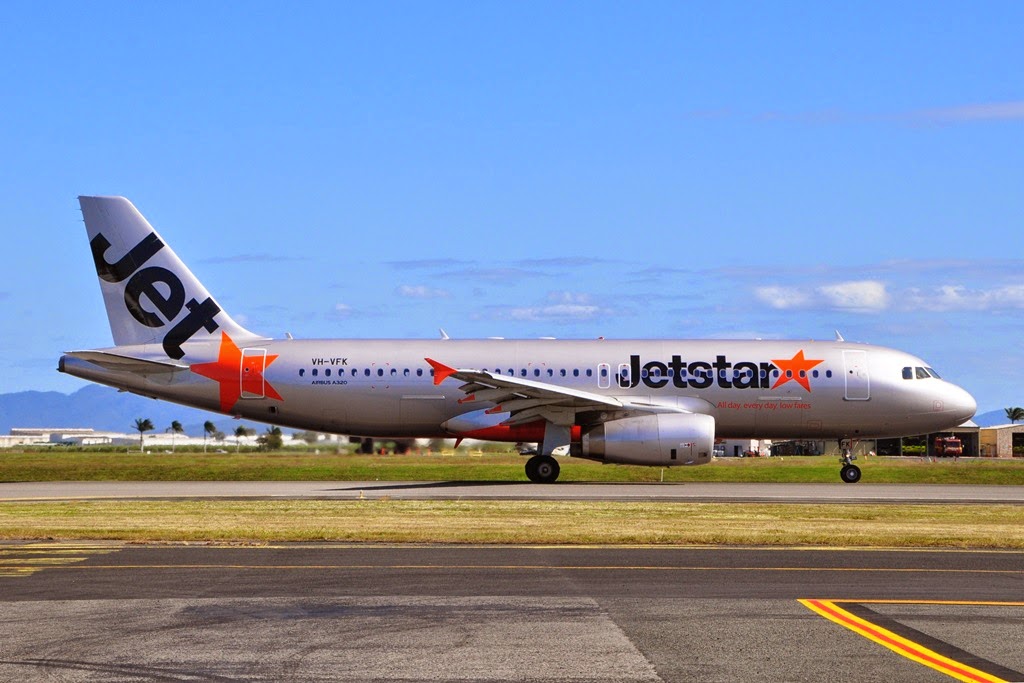 As it departed, I captured a pair of locally based helicopters in the form of Whitsunday Helicopters' Eurocopter AS.350B2 VH-DKA, along with Robinson R22 Beta II VH-VHY. 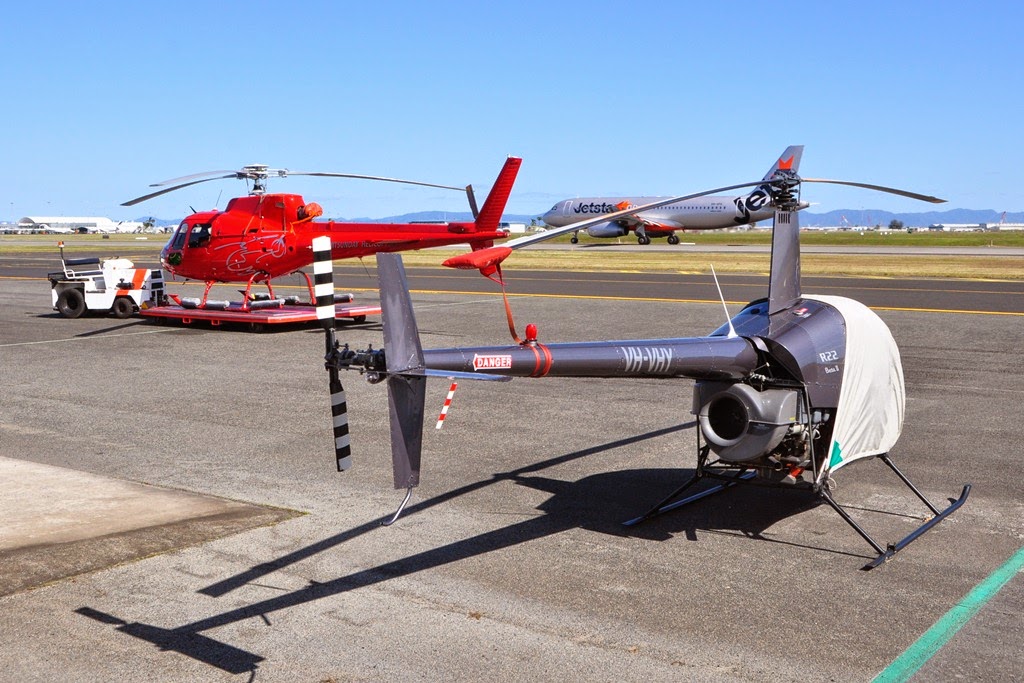 Nearby, Gippsaero GA-8 Airvan VH-NLF which is a new resident at Mackay with Horizon Airways (the registered operator shown a Cowley Air of Mackay). 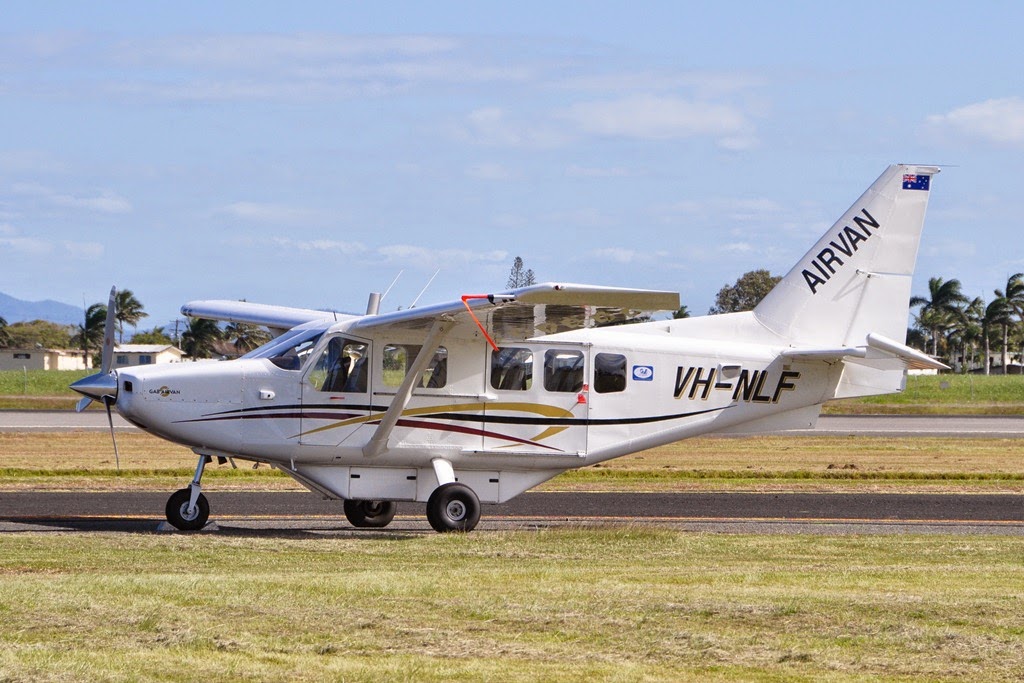 Also a pair of Beech Barons in the form of locally-based Horizon Airways Beech 95-B55 VH-IHZ which is clearly in storage. 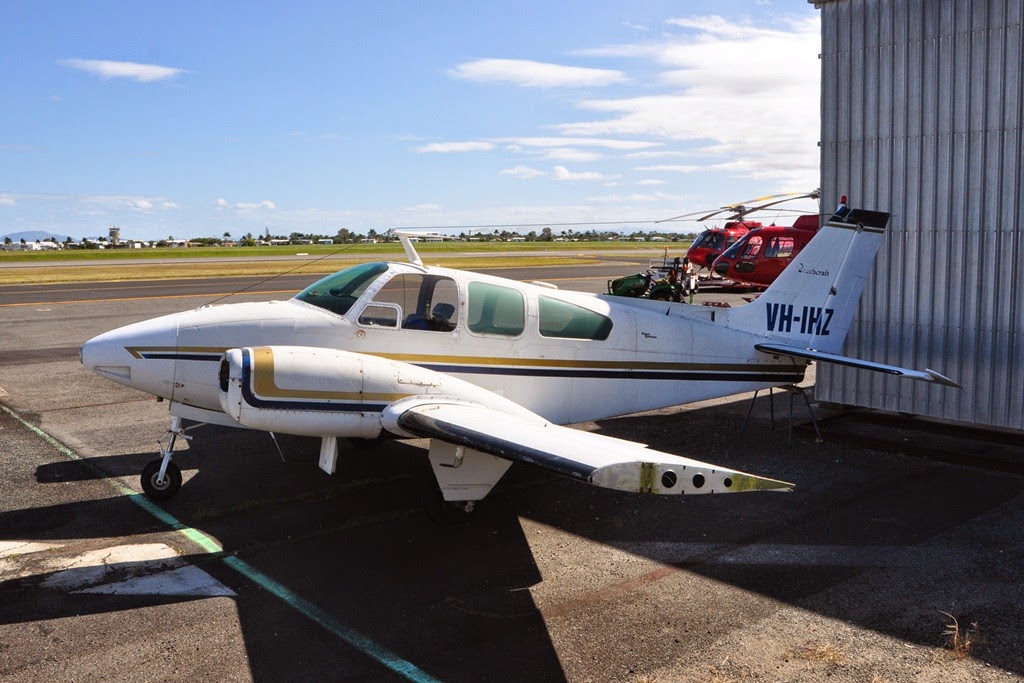 And Reef Airways (of Airlie Beach) Beech 58 VH-LAP which was parked on the General Aviation (GA) Apron. 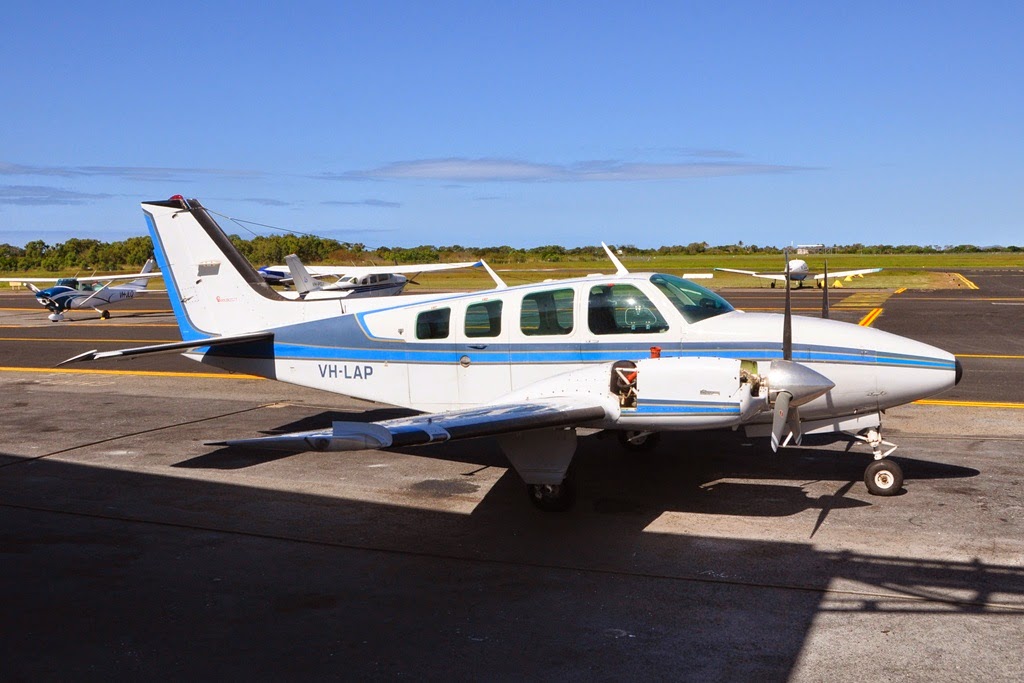 Also on the GA Apron were Techserve Cessna 182 VH-JLQ along with now Middlemount-based Cessna 206 VH-PGJ. 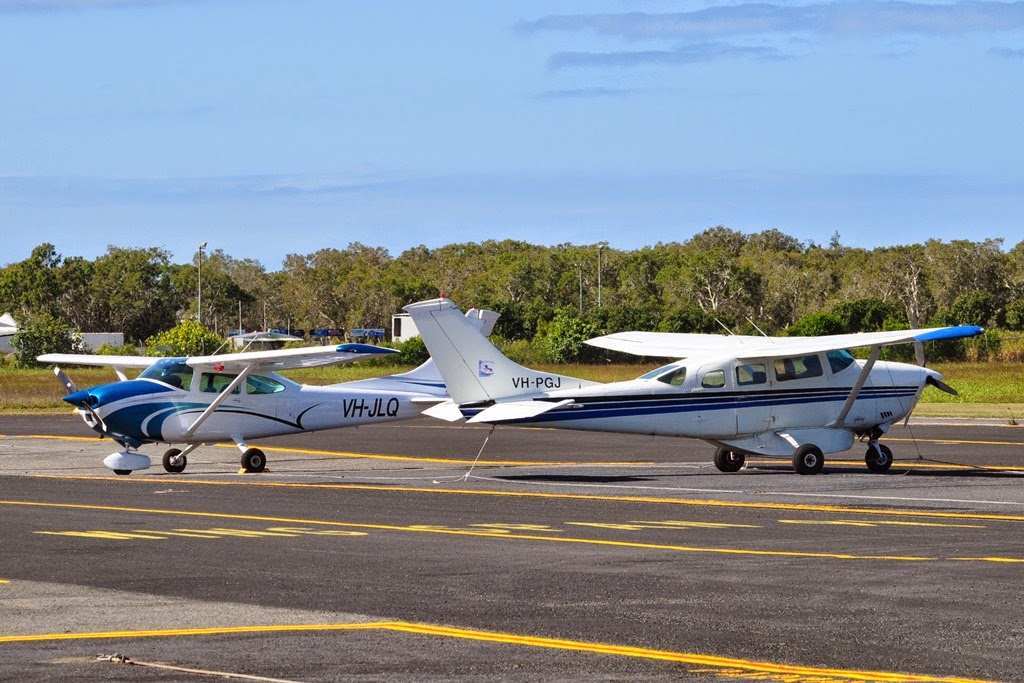 Parked on the Mackay Airport apron was Business Aviation Solutions Cessna 750 Citation X bizjet VH-RCA.  Its movements however, are not known. 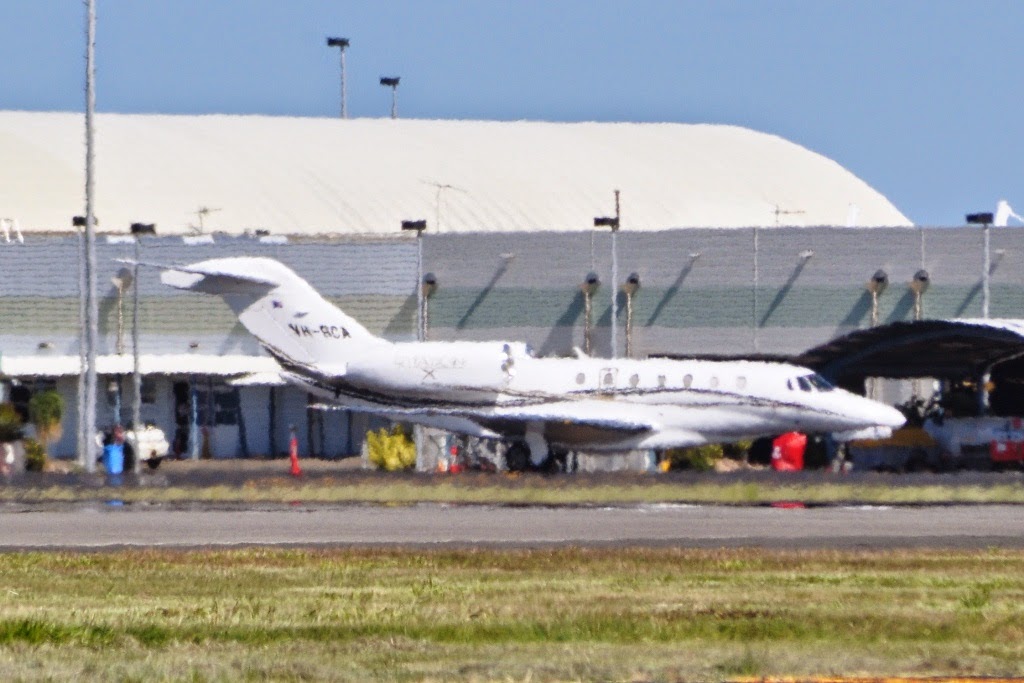 Finally, as my wife and I drove away from Mackay Airport, we stopped on Bridge Road so I could capture these photos of Virgin Australia Embraer E-190 VH-ZPD as it was on very short finals to Mackay's Runway 14 operating as VOZ1473 from Sydney. 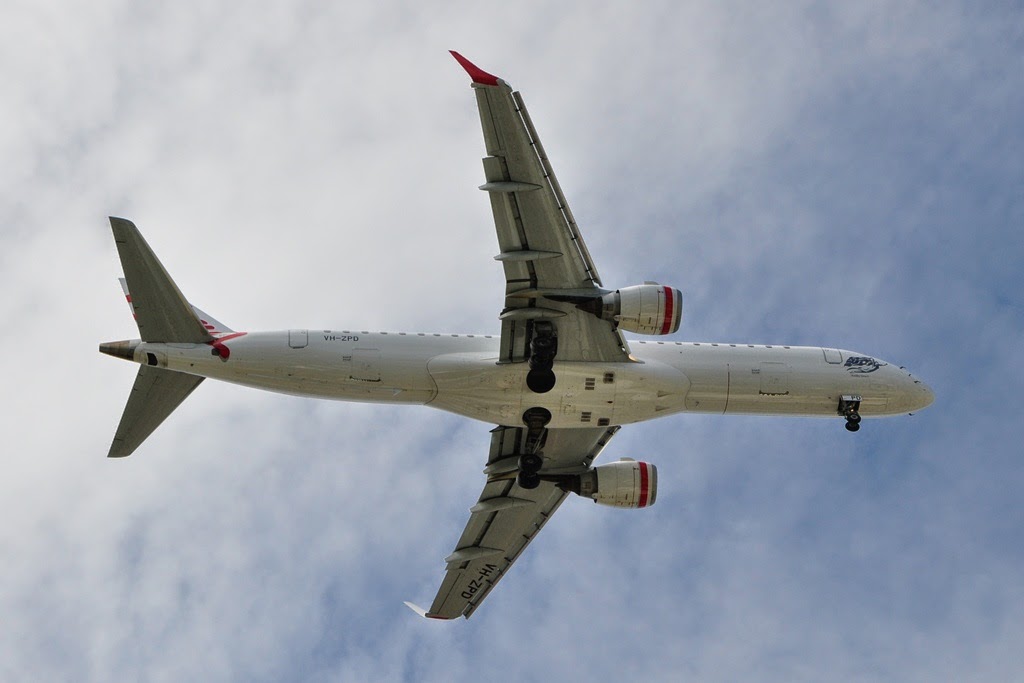 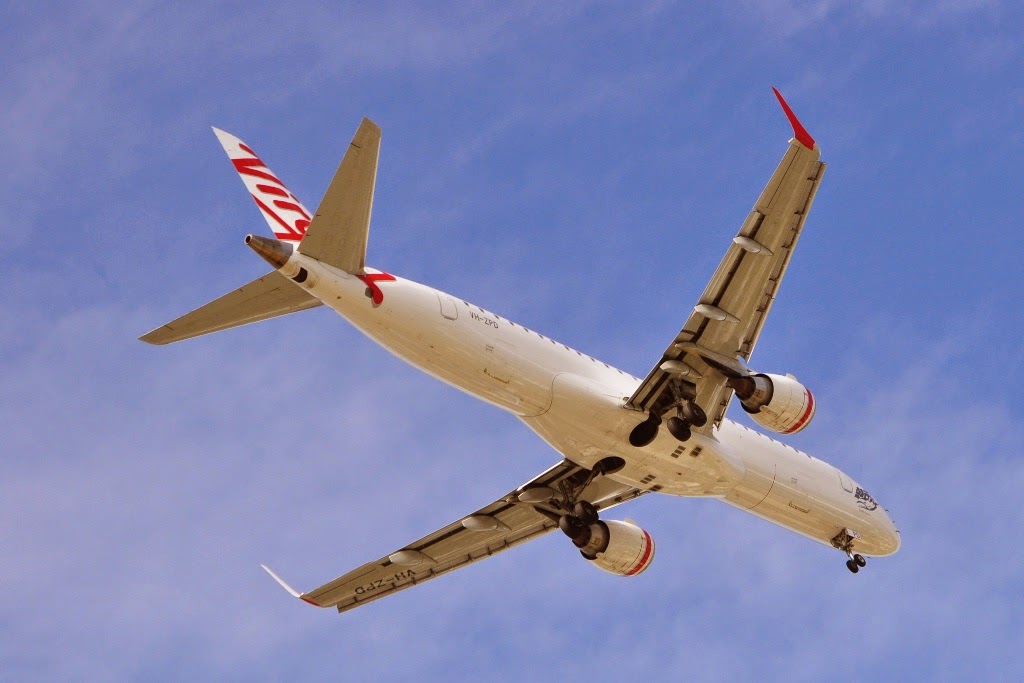 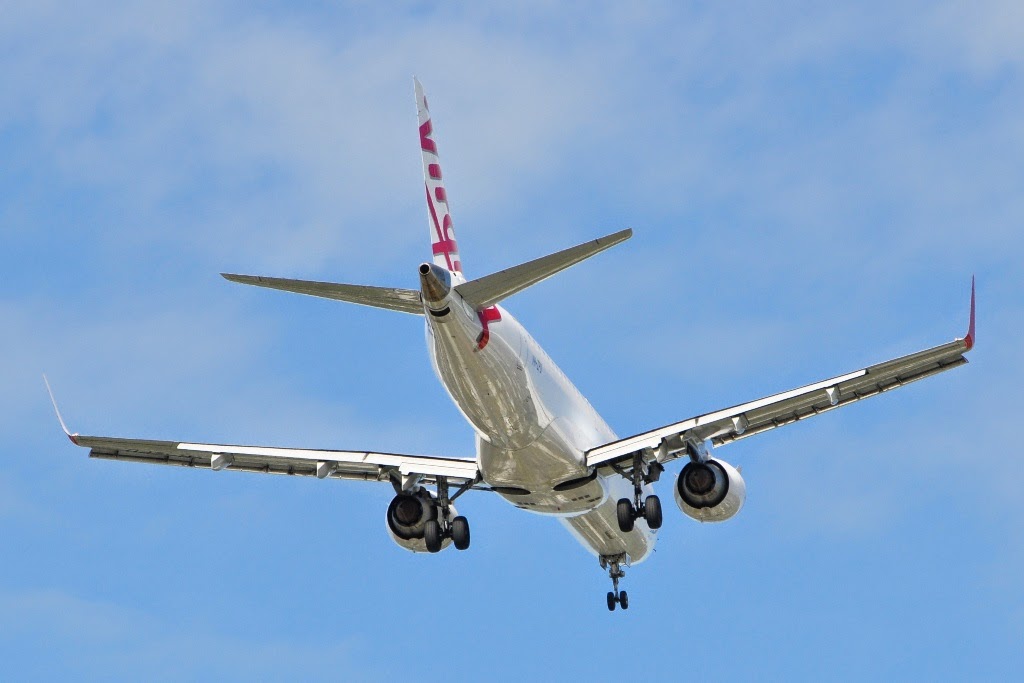 On Thursday 3 July, I then ventured to Proserpine / Whitsunday Coast Airport where I captured the three morning commercial visitors starting with Virgin Australia E-190 VH-ZPE departing for Brisbane as VOZ1114. 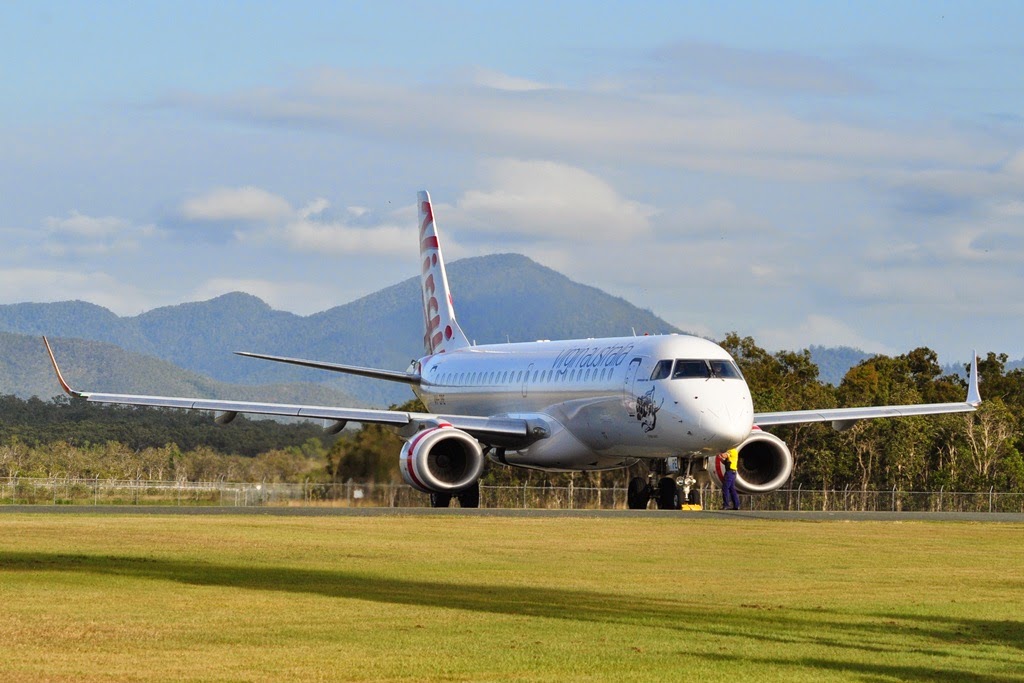 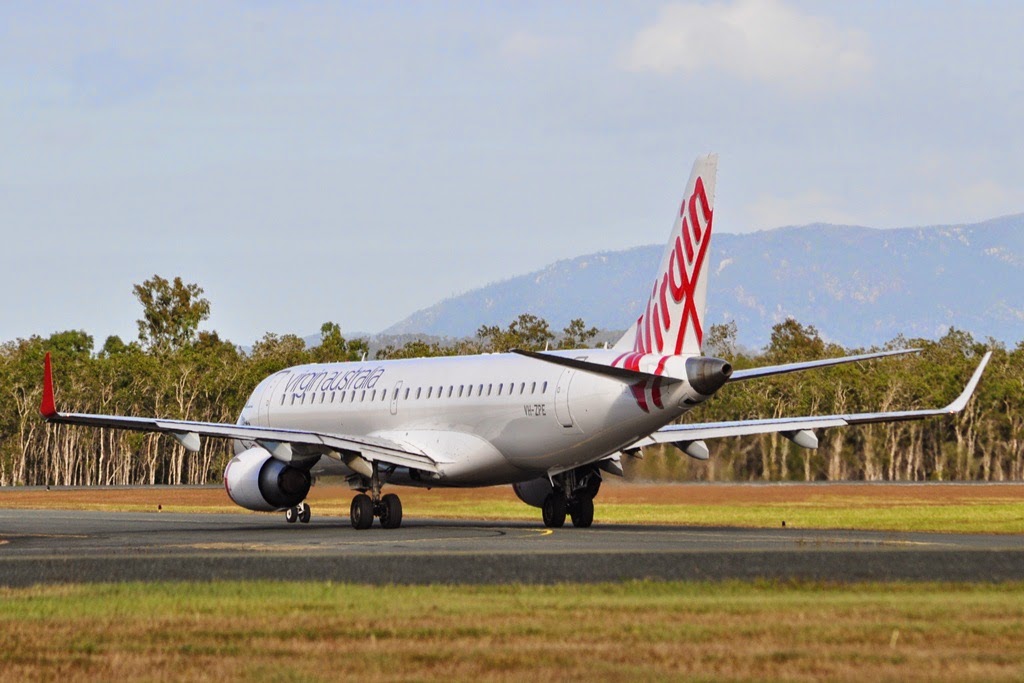 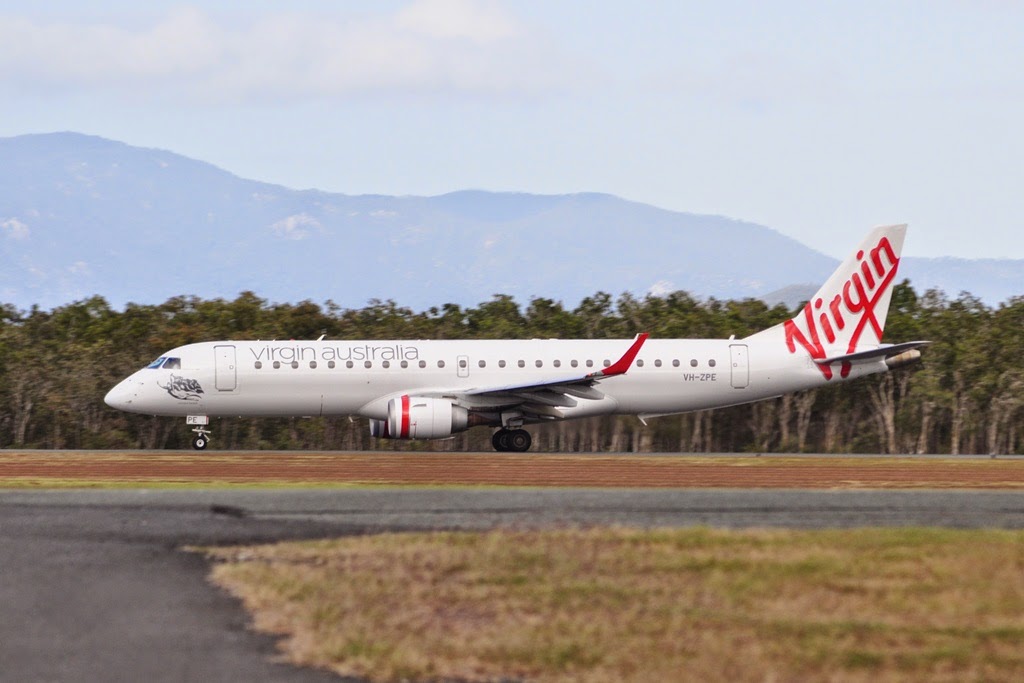 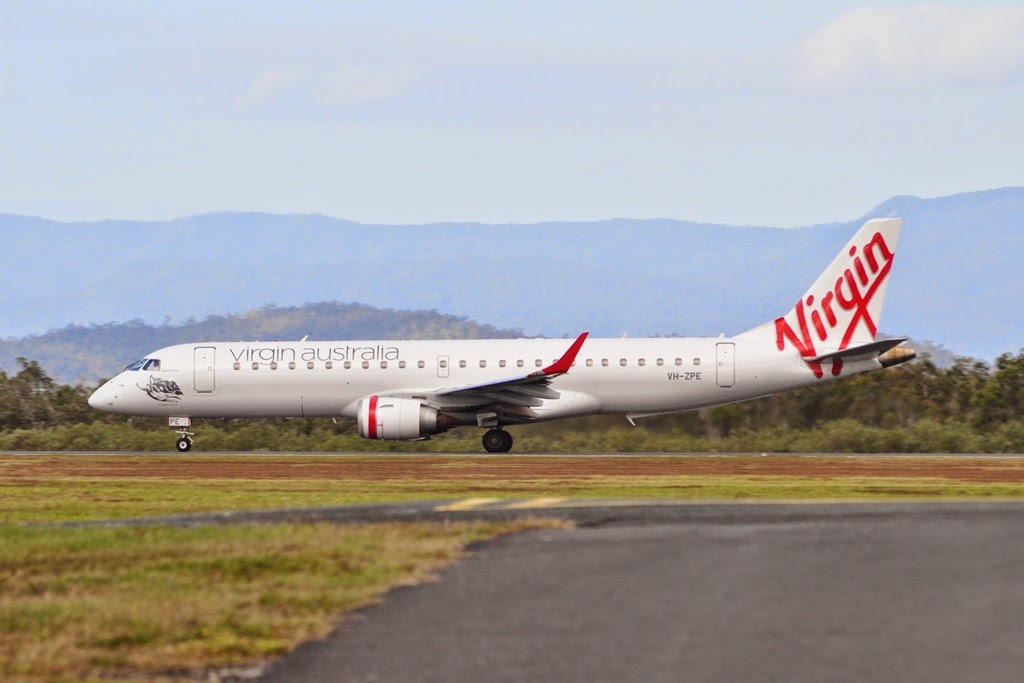 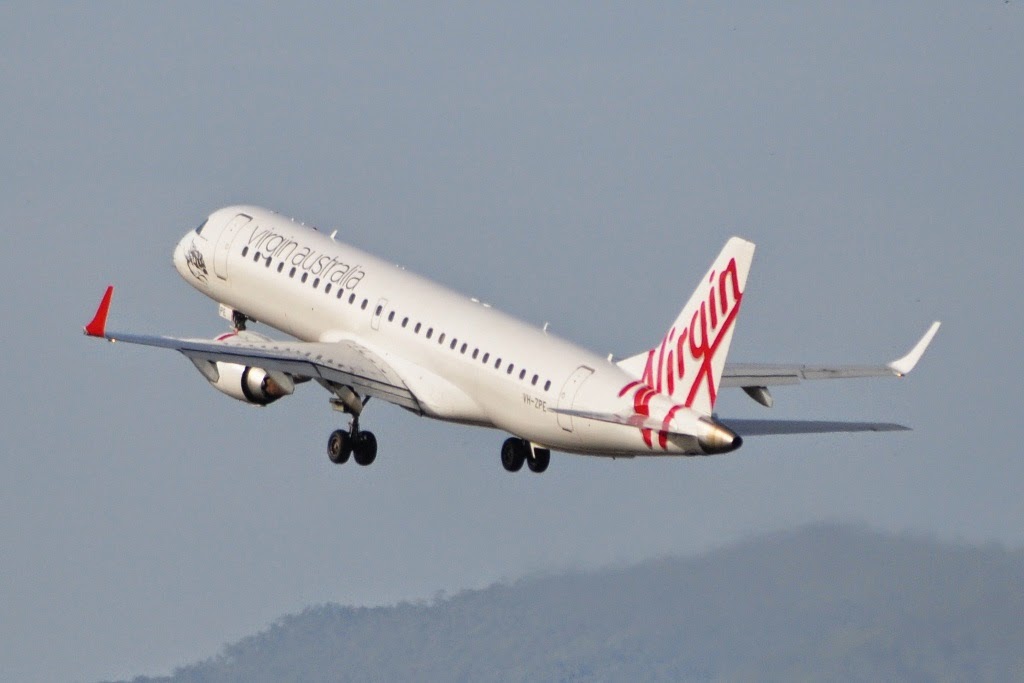 A little later, Jetstar A320 VH-VGV touched down from Brisbane as JST830. 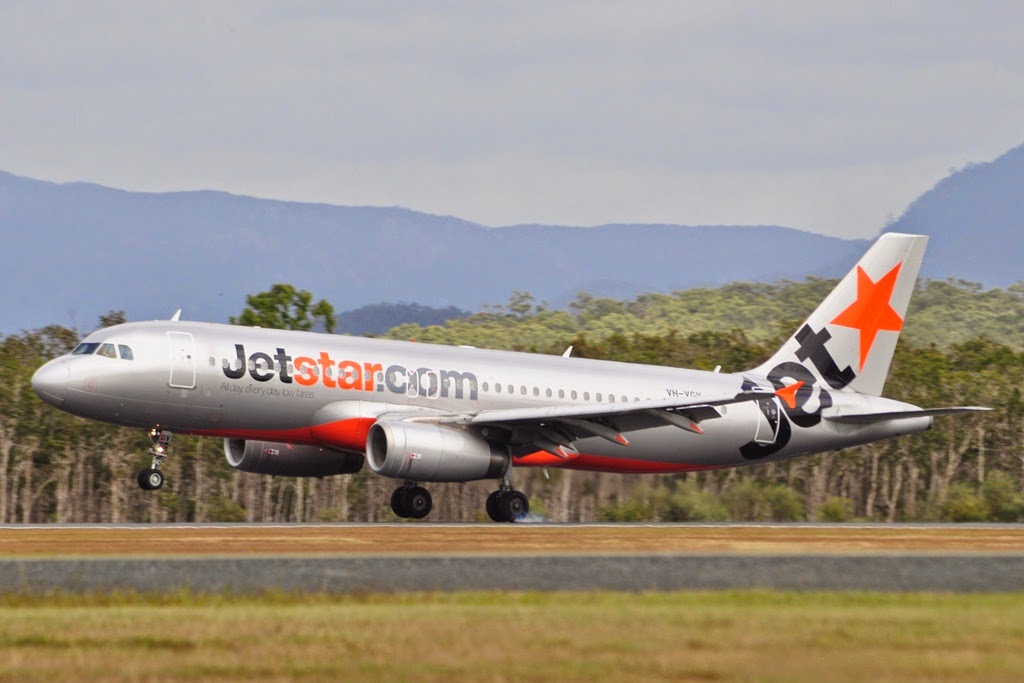 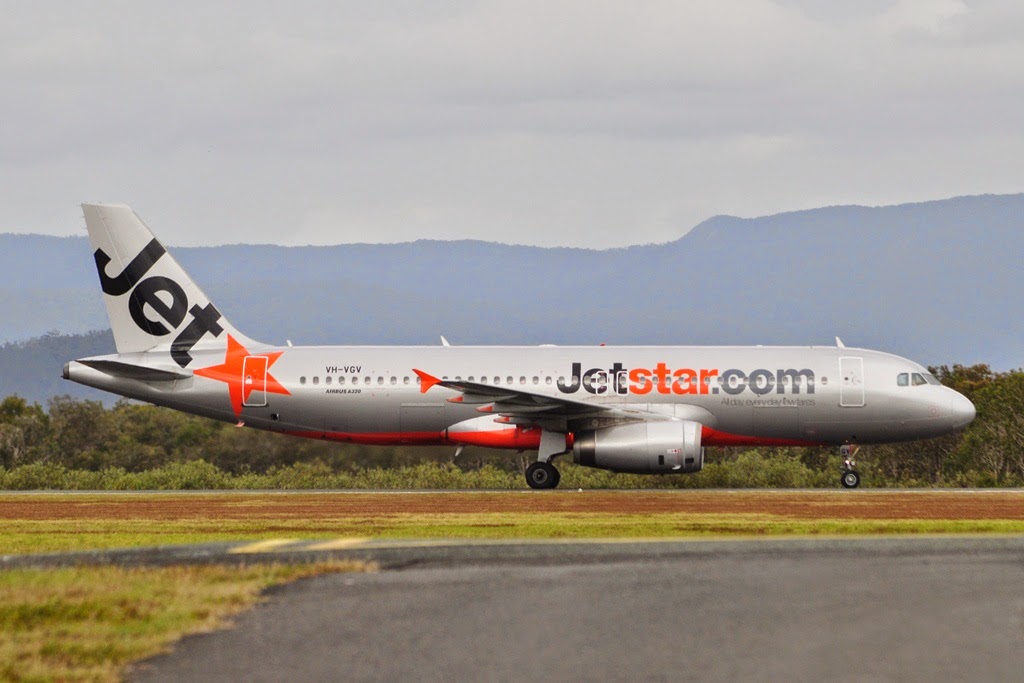 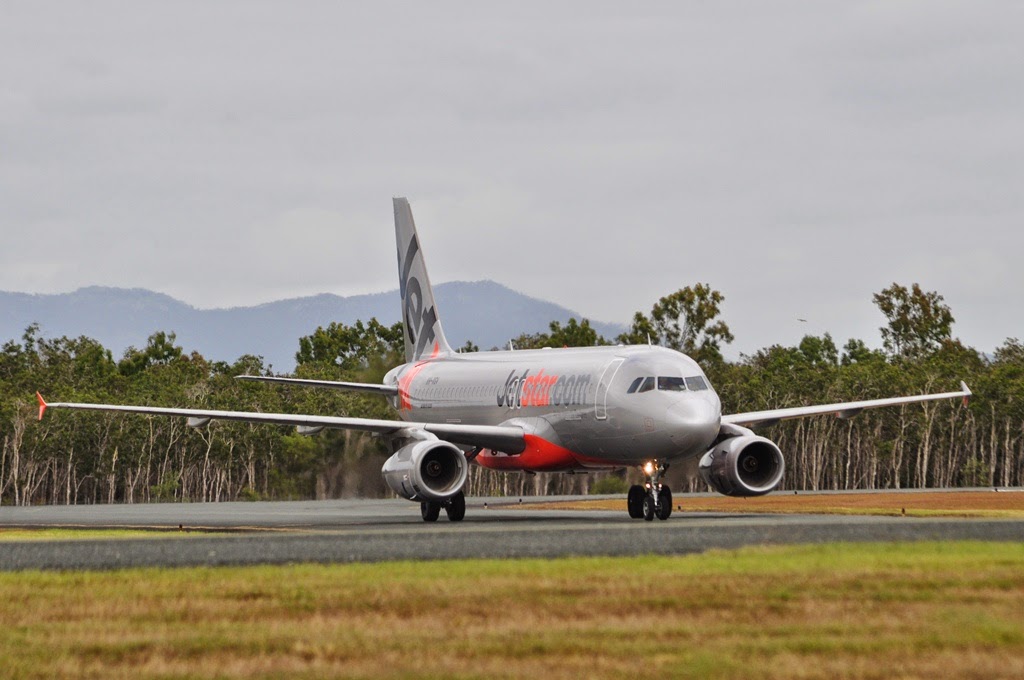 Then finally for the morning, Tigerair (Tiger Airways) A320 VH-VNG touched down from Sydney as TGW394. 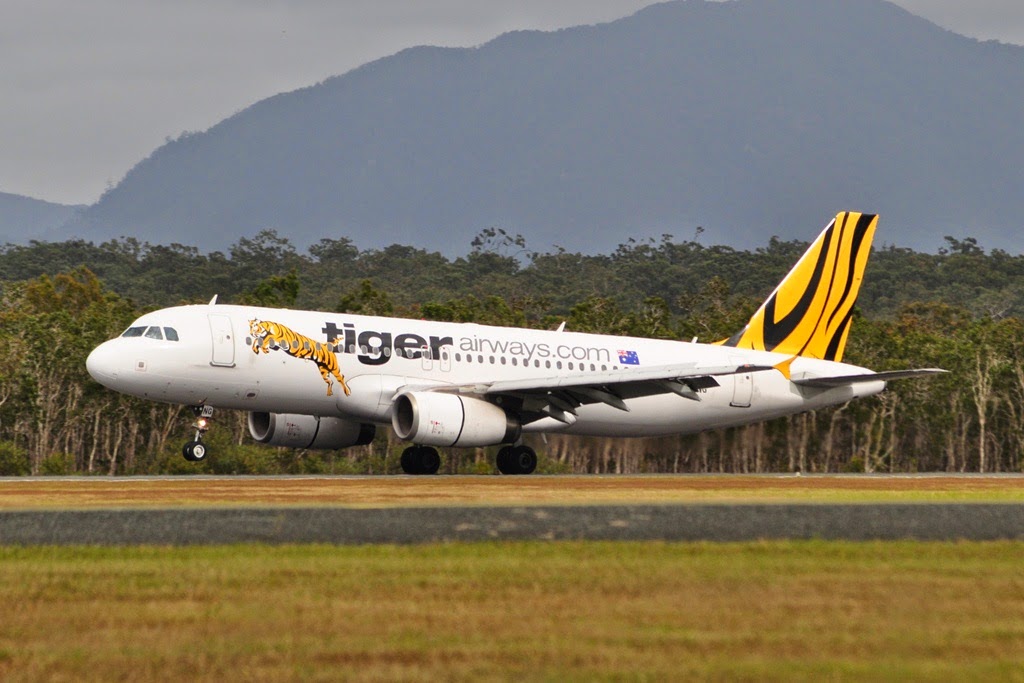 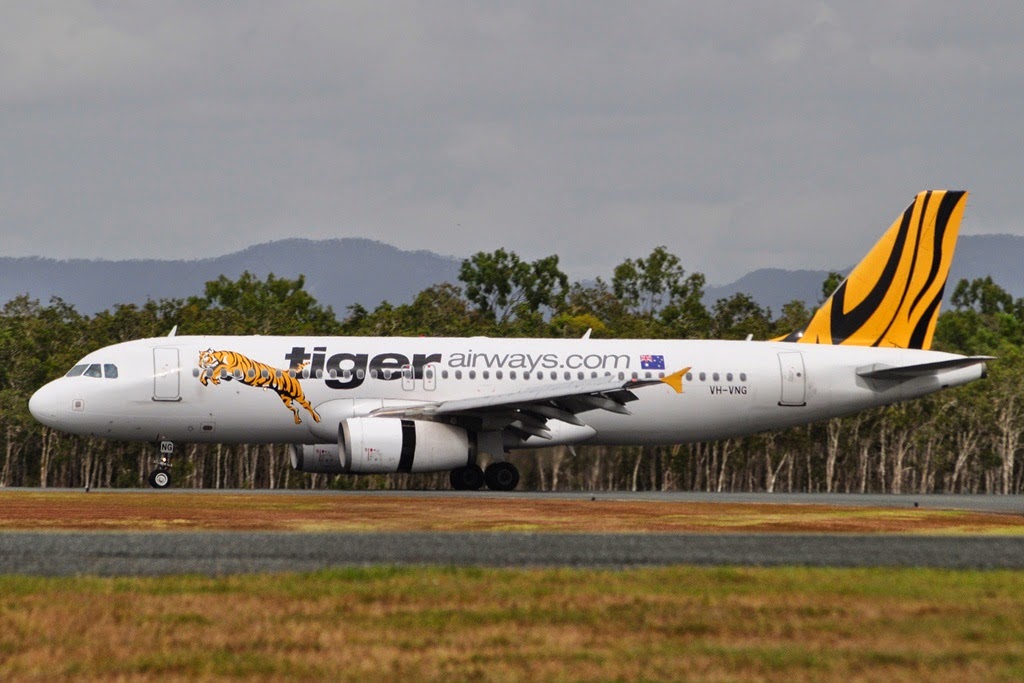 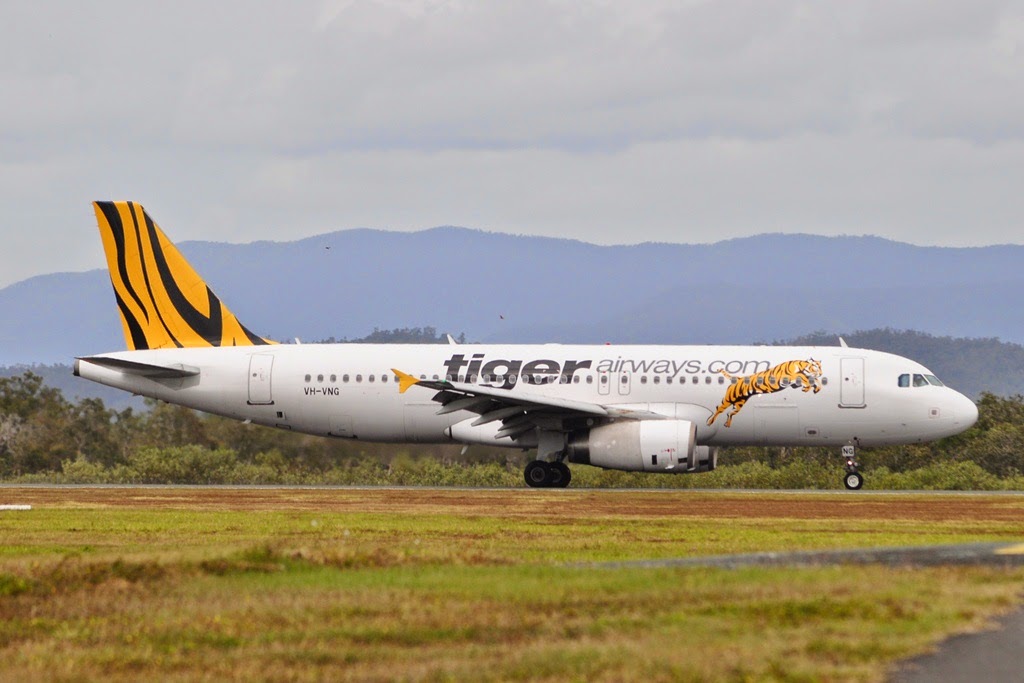 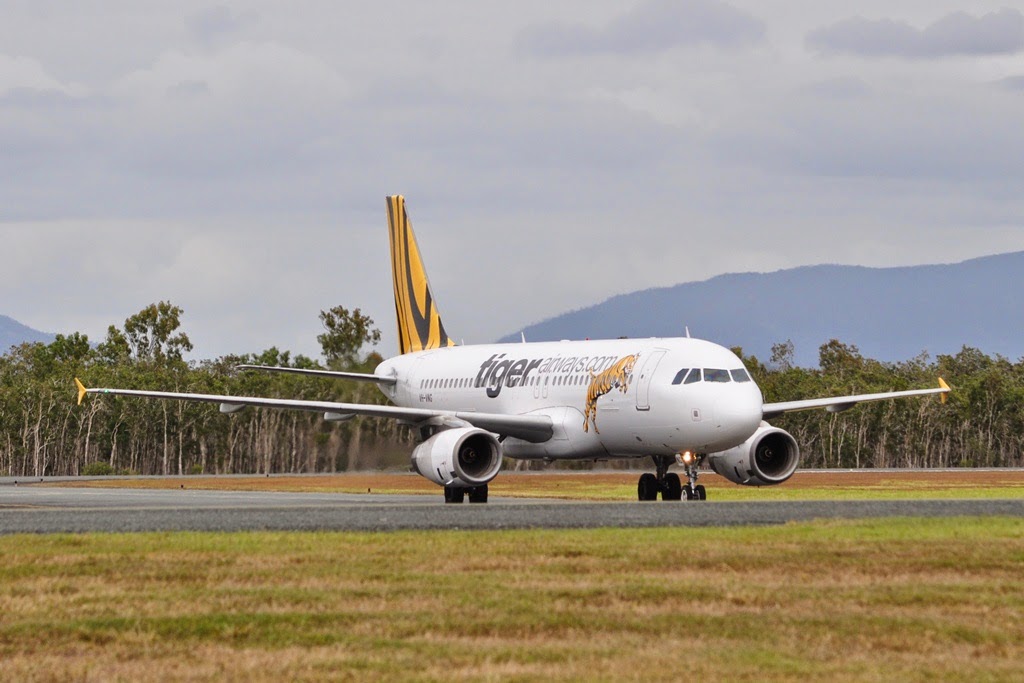 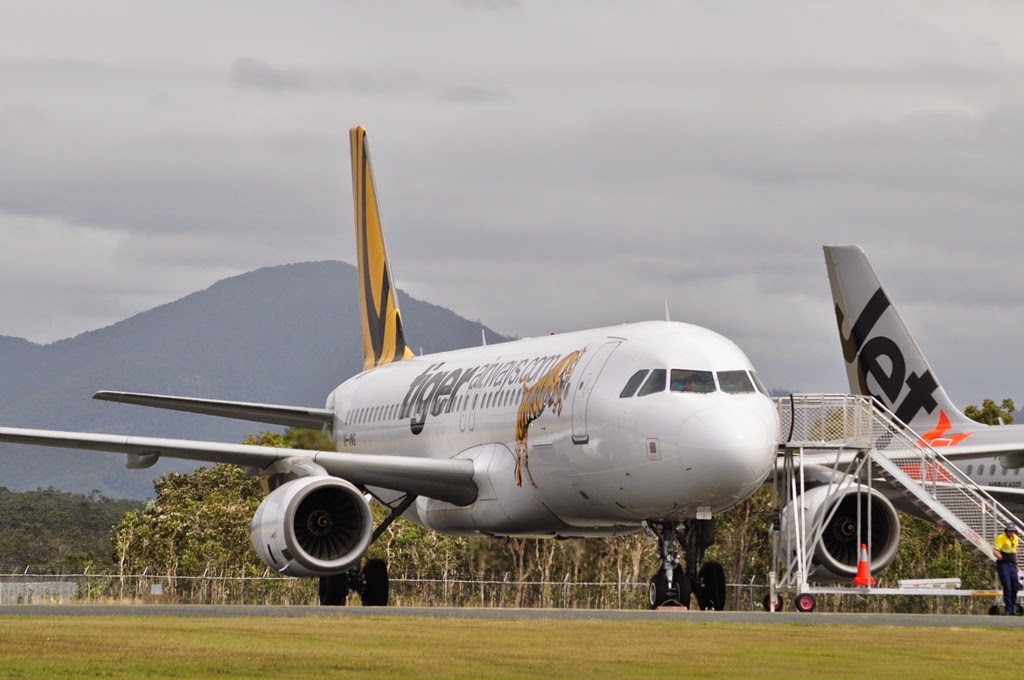 It parked on the Prosie Airport apron next to VH-VGV - I thought it was an impressive sight of two A320's side-by-side!

I also managed to pop into the Whitsunday Airport at Shute Harbour / Airlie Beach.  Stay tuned to the CQ Plane Spotting Blog for some photos from my visit!
Posted by Damian F at 10:08 PM