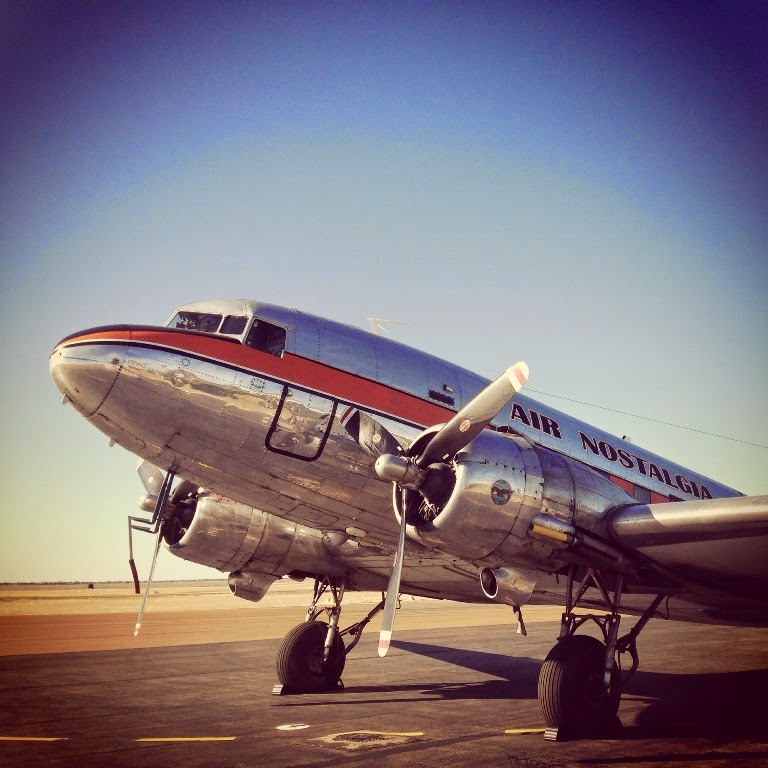 'AC' has sent through some stunning photos of Air Nostalgia (Australasian Jet) Douglas DC-3 VH-TMQ parked at Longreach Airport while on a round-Australia journey on Wednesday 23 July. 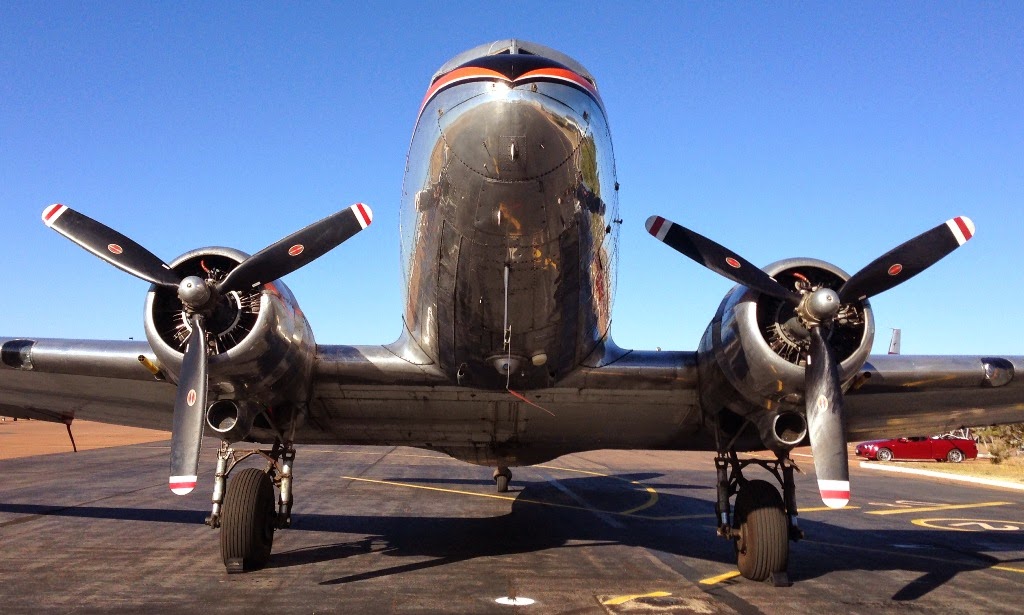 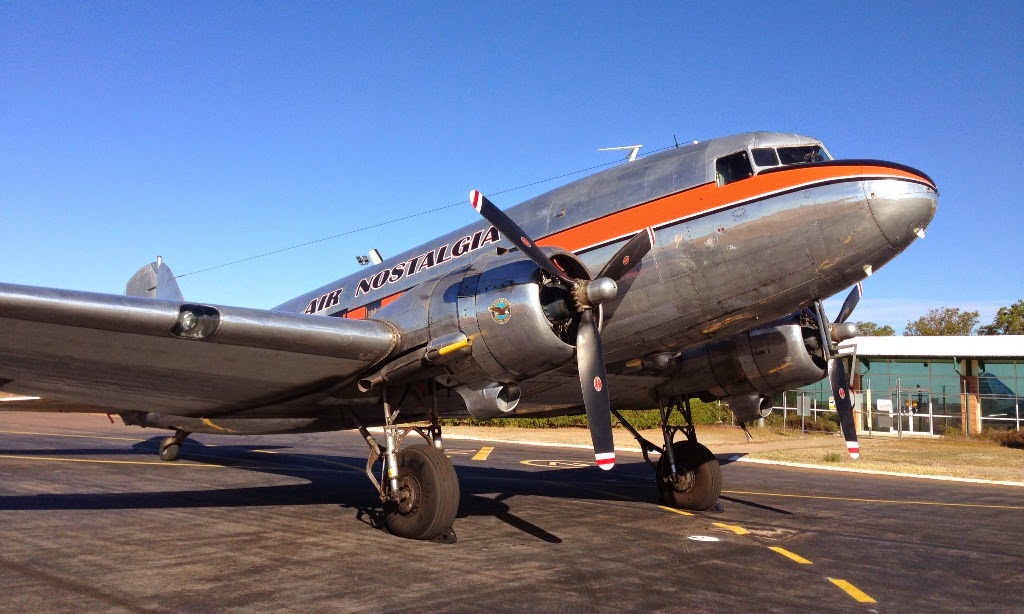 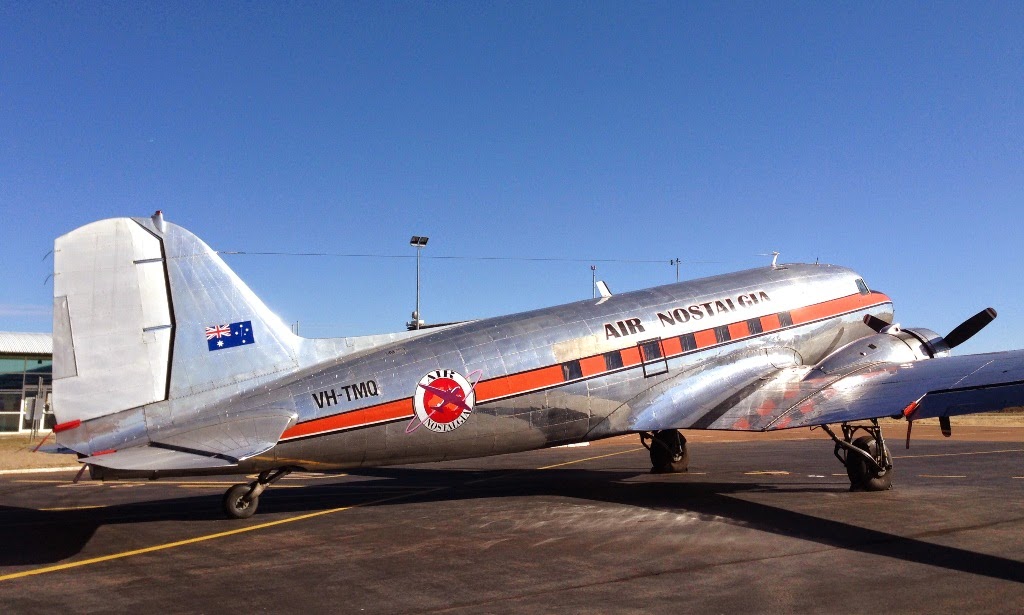 VH-TMQ arrived at Longreach from Charters Towers, where it arrived the previous day from Cairns. VH-TMQ - built as a Douglas C-47B-30-DK (c/n 16136-32884) at the Douglas Oklahoma City plant in March 1945 - has had a colourful life with delivery initially to the United States Army Air Force before it was delivered to Australia in April 1945 on lend / lease to the Royal Australia Air Force (RAAF) where it was allocated the Serial Number A65-91.

After flying more than 13000 hours with the RAAF, VH-TMQ was sold to Golden West Airways, in Queensland in January 1986 and then Rebel Air in December 1987 when it was entered onto the Australian Aircraft Register as VH-TMQ.  It was used in an ABC television documentary in Melbourne before being sold to Splitters Creek Airlines in June 1995.  In July 1996 VH-TMQ was sold to Air Nostalgia with the aircraft being completely restored with upgraded seating for 28 passengers.  After four years, it was test flown at Melbourne (Essendon) Airport in March 2000 and began operating charter and evening flights from Essendon. 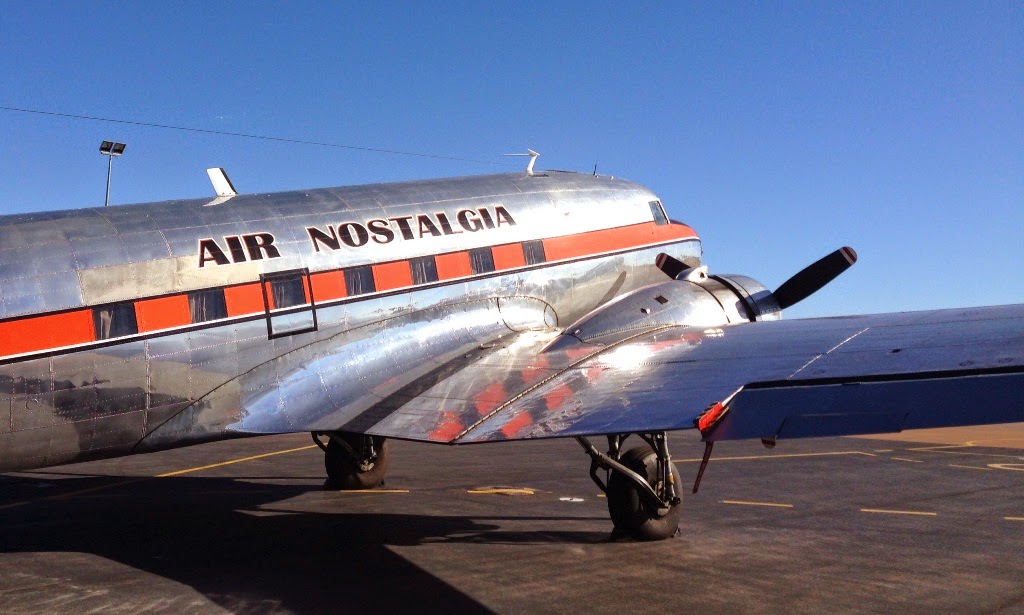 VH-TMQ was finally registered to Australasian Jet in 2009, with the registered operator being Gooney Bird Pty Ltd at Essendon.

VH-TMQ remains parked in front of the old Longreach Airport terminal, with a departure day and time yet to be confirmed.