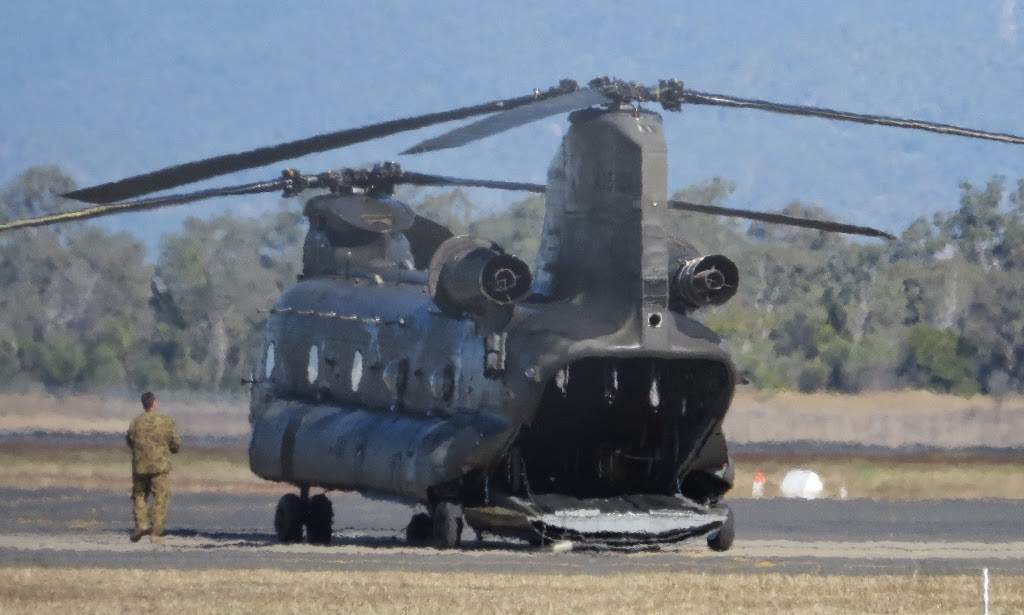 Local plane spotter Kayanne H was at the right place at the right time to capture Australian Army Boeing CH-47D Chinook A15-104 as it called into Rockhampton on Tuesday 1 July. 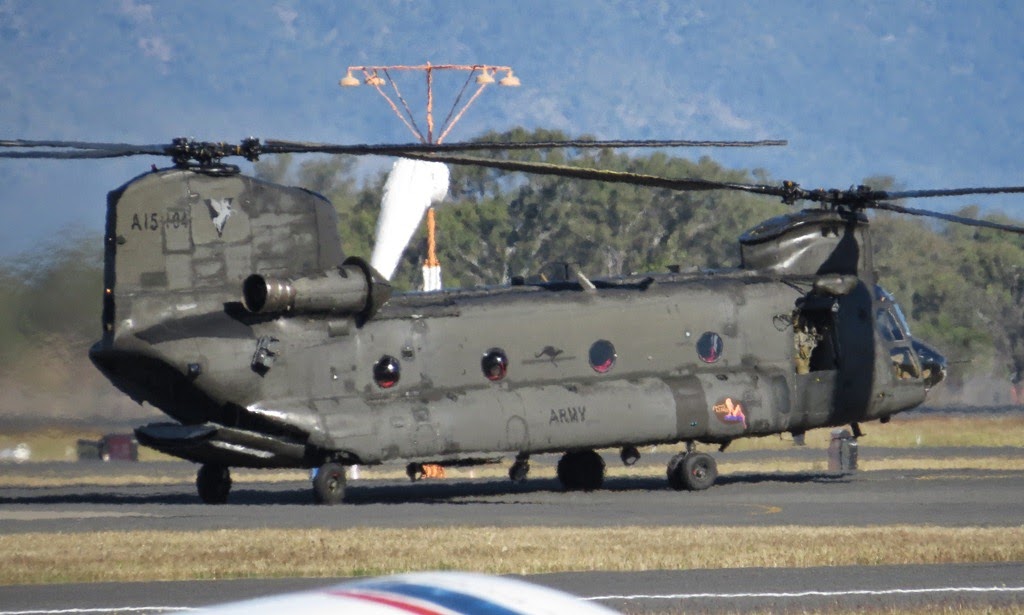 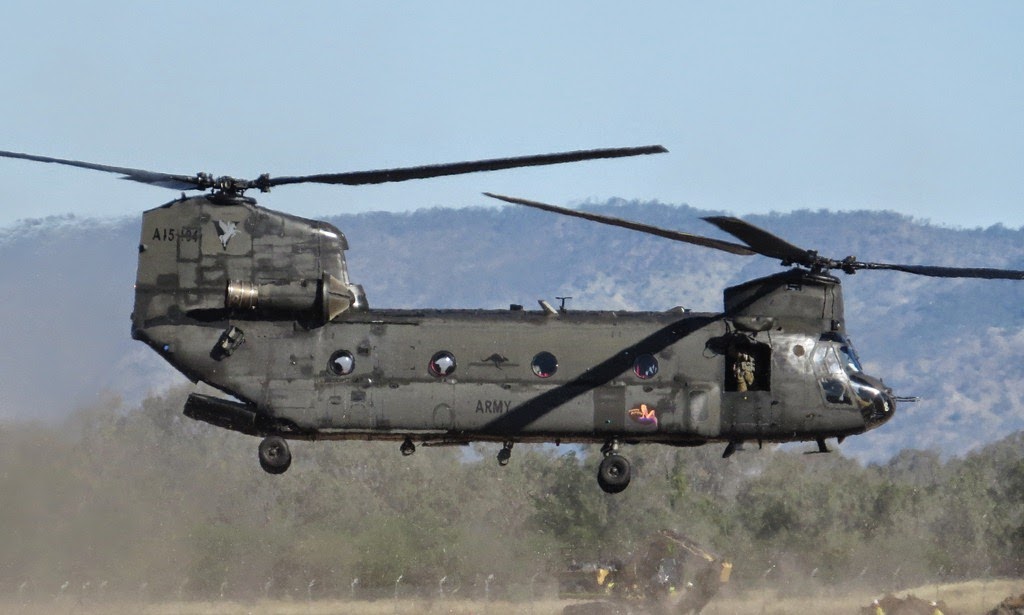 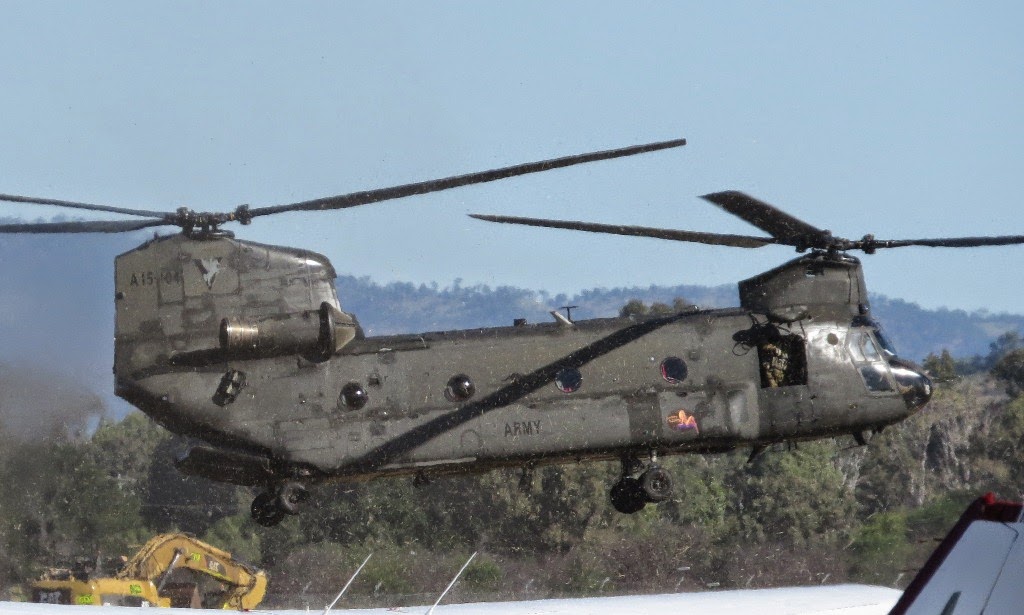 The big transport helicopter - which is believed to be operated by 5 Aviation Regiment based at Townsville - was noted to depart to the South, using the radio callsign of "Brahman 104". 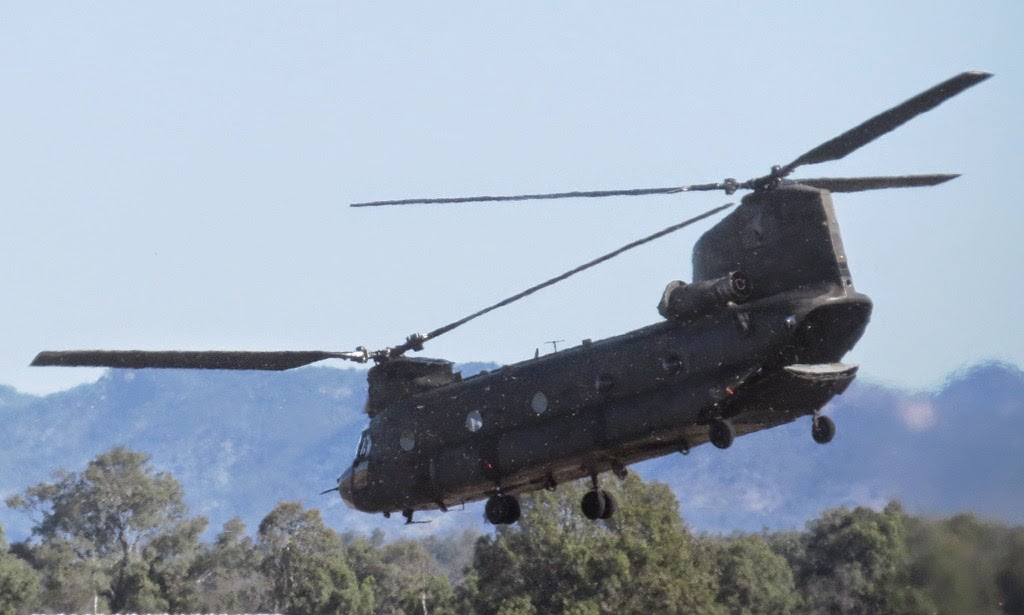 Sincere thank to Kayanne for these great photos!

All photos taken by Kayanne Hardsman  ©
Posted by Damian F at 9:24 PM