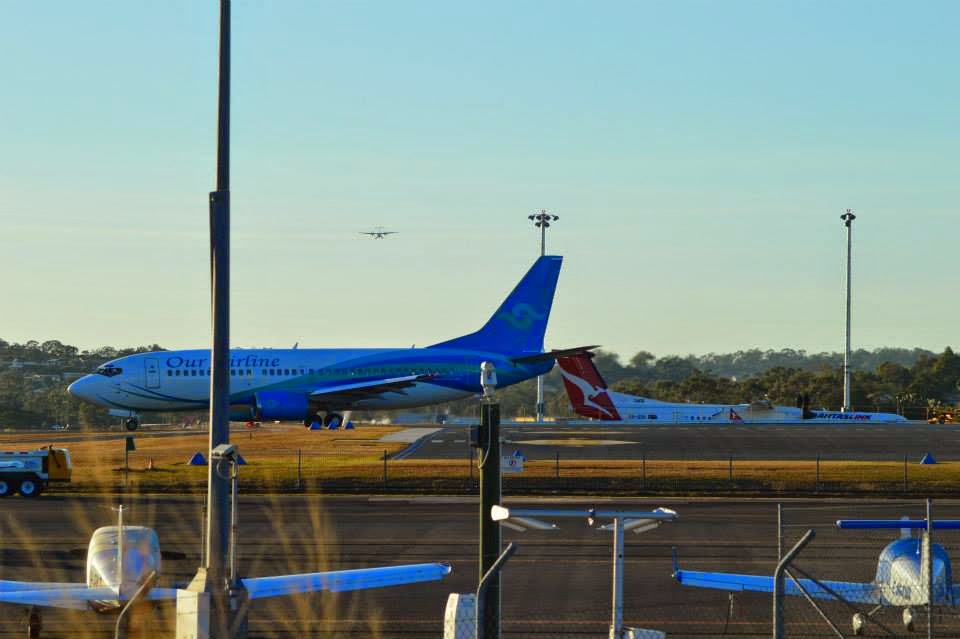 It arrived at Gladstone the previous evening on Monday 22 July as RON914. 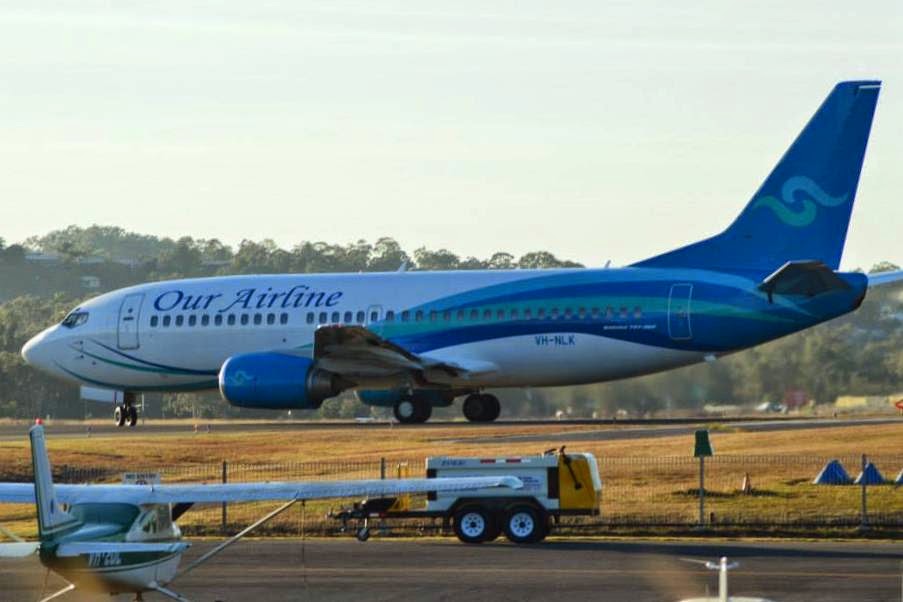 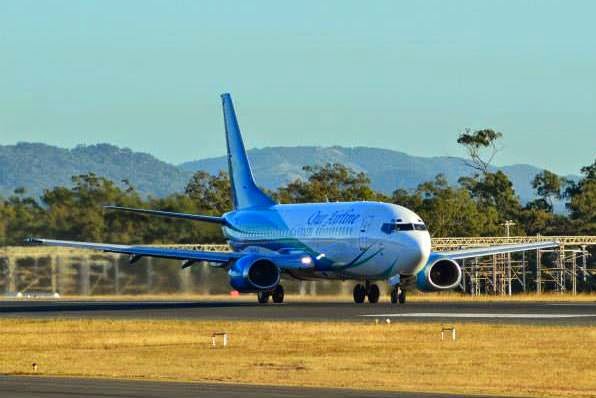 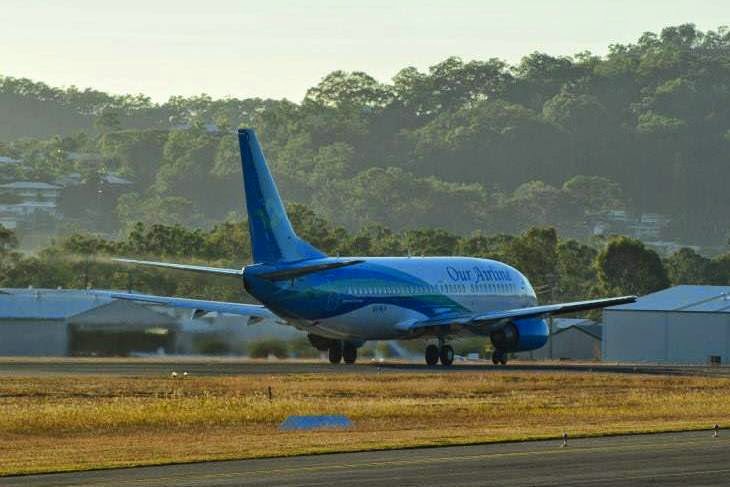 It's worth highlighting that also on Tuesday 23 July, Our Airline received Boeing B737-3H6(SF) Freighter VH-VLI in Brisbane after the aircraft had spent some time in storage in Malaysia.  Information suggests that VH-VLI will undergo some pre-service maintenance in Brisbane before entering service. 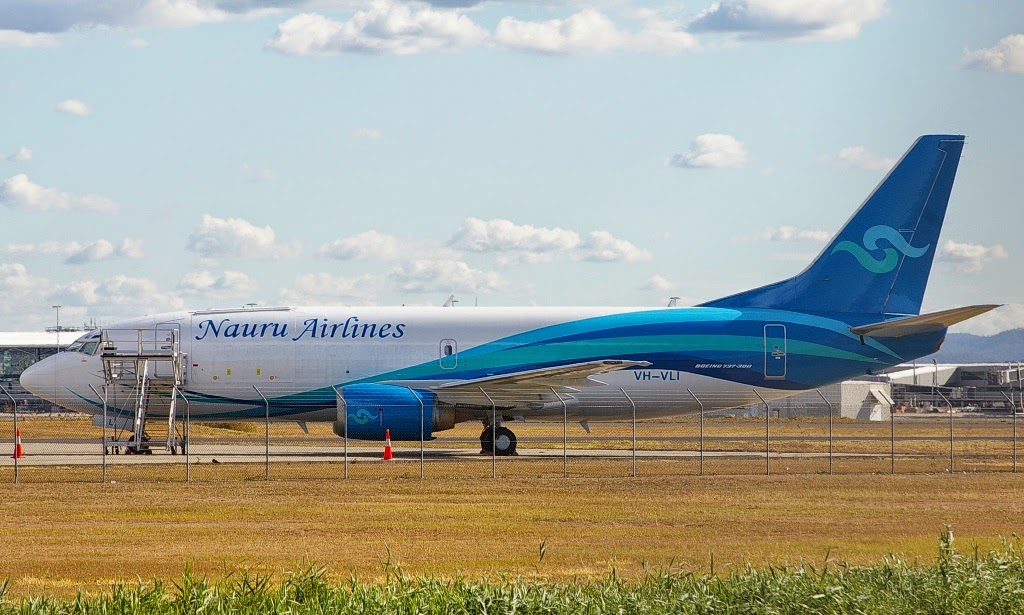 Eagle-eyed readers will also note that in Brisbane spotter Lloyd F's photo, VH-VLI wears "Nauru Airlines" titles.  It has been reported that Our Airline will be re-branding to Nauru Airlines from Friday 1 August.

It is assumed that their fleet of B737-300 passenger aircraft - VH-NLK, VH-INU and VH-PNI - will all have these new titles applied in the coming weeks.

Something else for Gladstone plane spotters to look out for!

Thanks Anthony and Lloyd for sharing these great images!

Photos taken by Anthony Schulz and Lloyd Fox  ©
Posted by Damian F at 8:05 AM