Along with capturing photos of the locally-based Hawker Siddeley Aviation T.75A - Hawker Hunter - VH-XHH - as it was broken up at Rockhampton Airport late on Thursday 31 July, plane spotters 'IAD' and Trevor H also captured a couple of great images of some interesting late afternoon visitors including Royal Australian Air Force (RAAF) Beech B350 Super King Air A32-349. 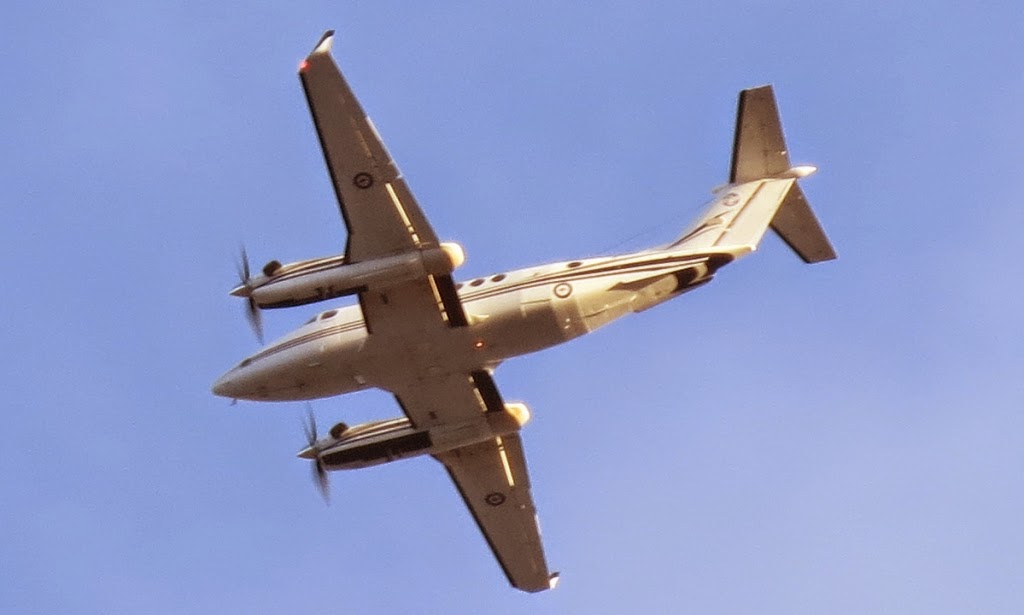 After conducting air work over Taroom, the Super King Air - operated by 32 Squadron and using the radio callsign of "Hudson 08" - then overflew Rockhampton Airport, before performing a 'touch-and-go' on Runway 33. 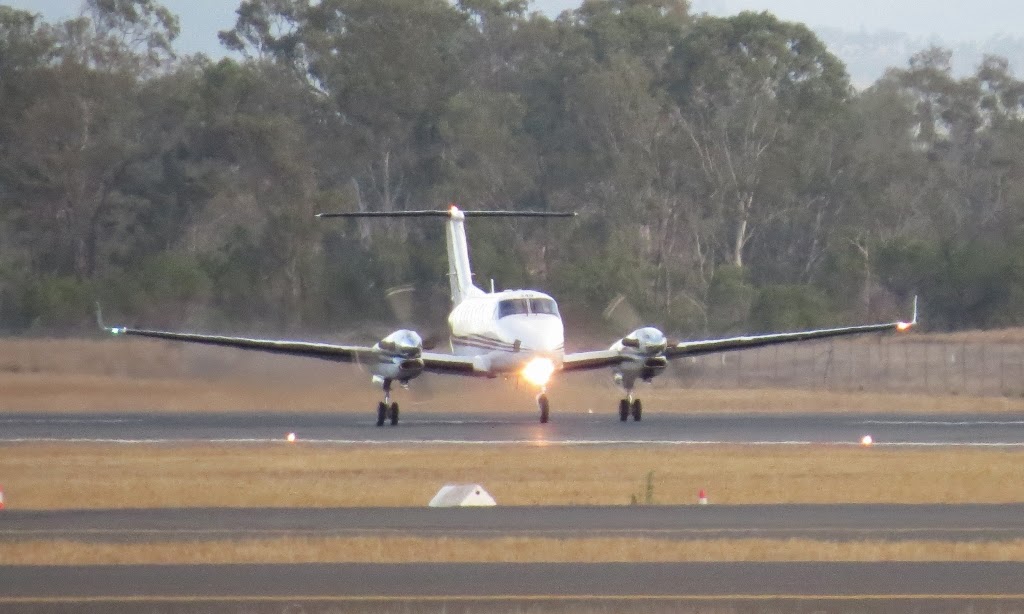 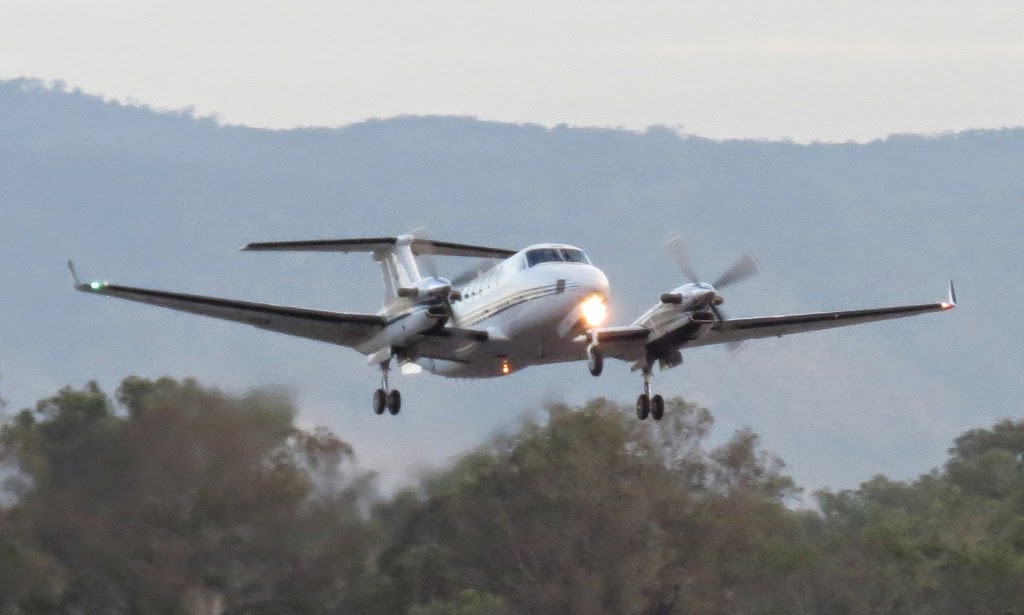 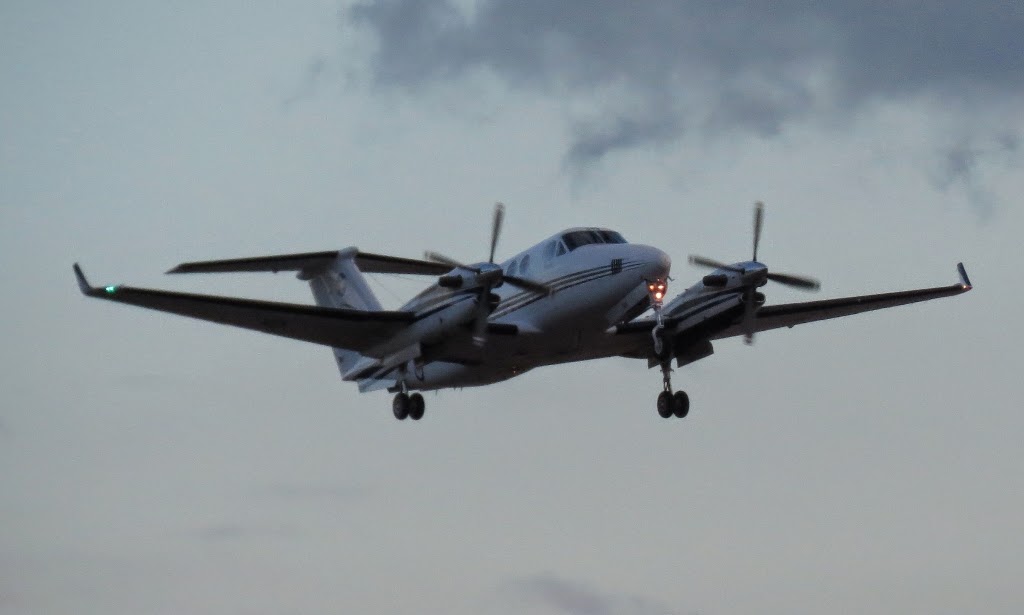 A32-349 continued further North to Townsville.

Earlier on Thursday 31 July, Brisbane-based Cirrus SR22 VH-YDM touched down at Rockhampton Airport from the Sunshine Coast, having arrived there earlier from Archerfield. 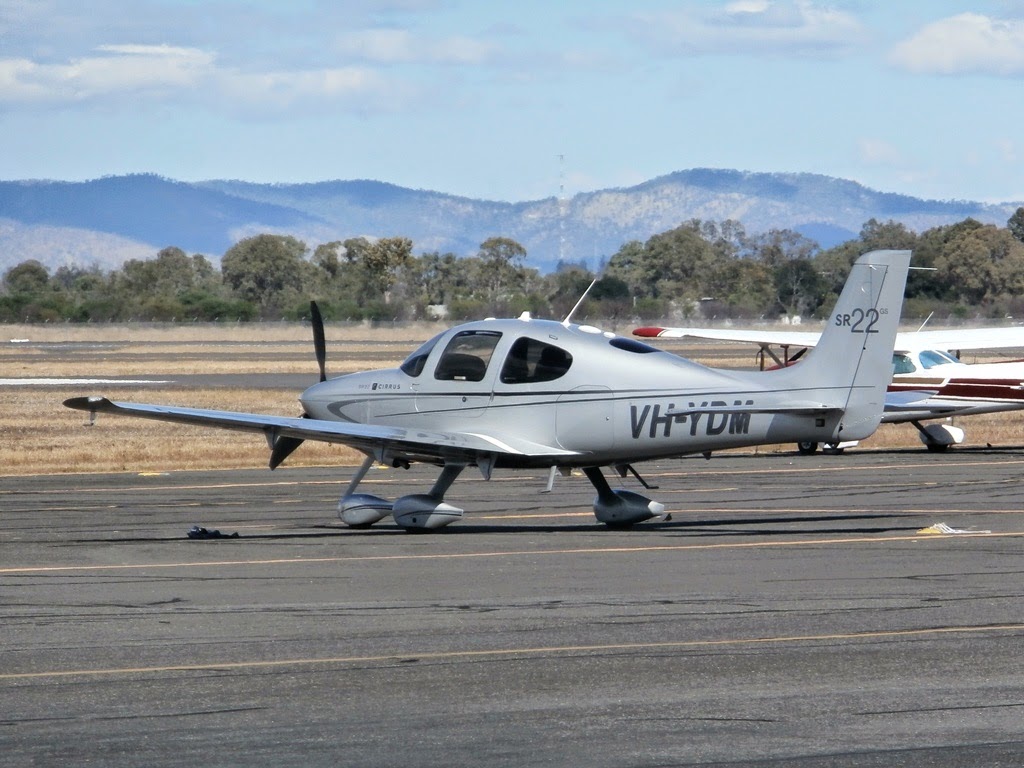 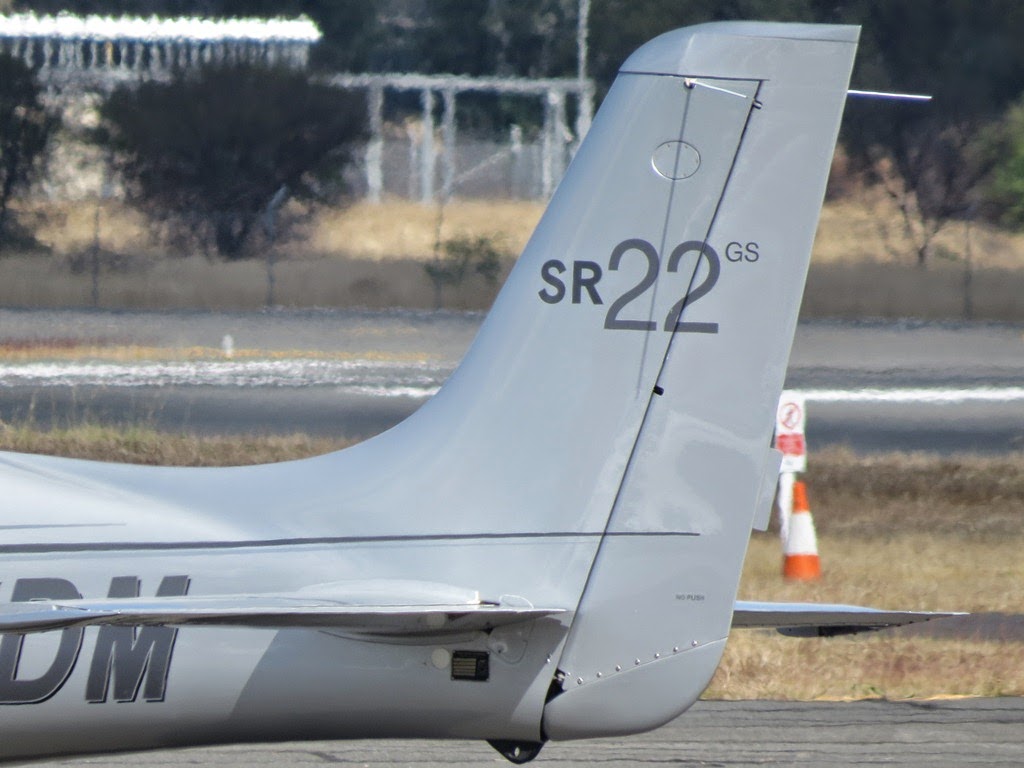 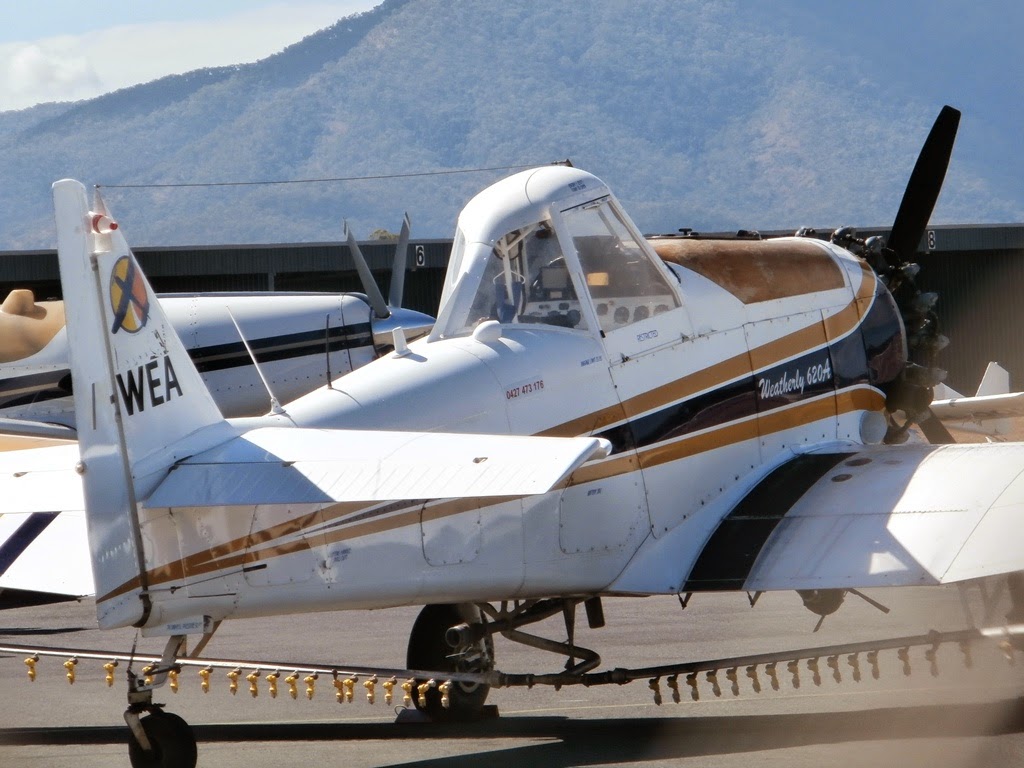 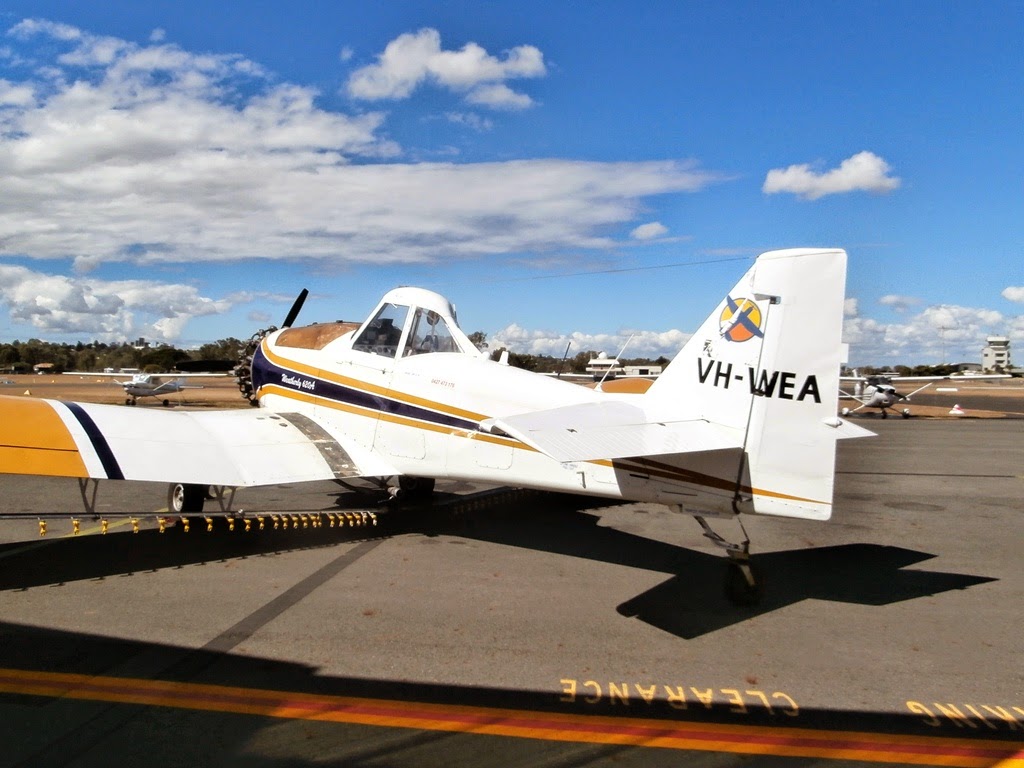 Also visiting was Virgin Australia Boeing B737-800 VH-YFN which was captured departing Rocky for Brisbane as VOZ1248. 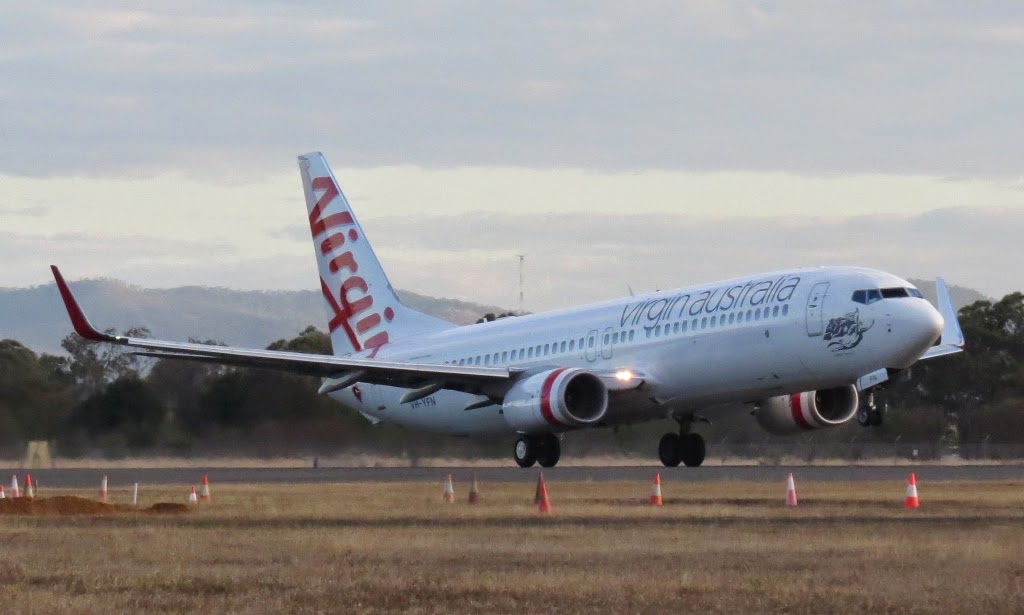 Although, as we posted below, the undoubted highlight of the afternoon was seeing the sad sight of locally-based Hawker Siddeley Aviation T.75A - Hawker Hunter - VH-XHH - being broken up and prepared for shipping overseas to Canada. 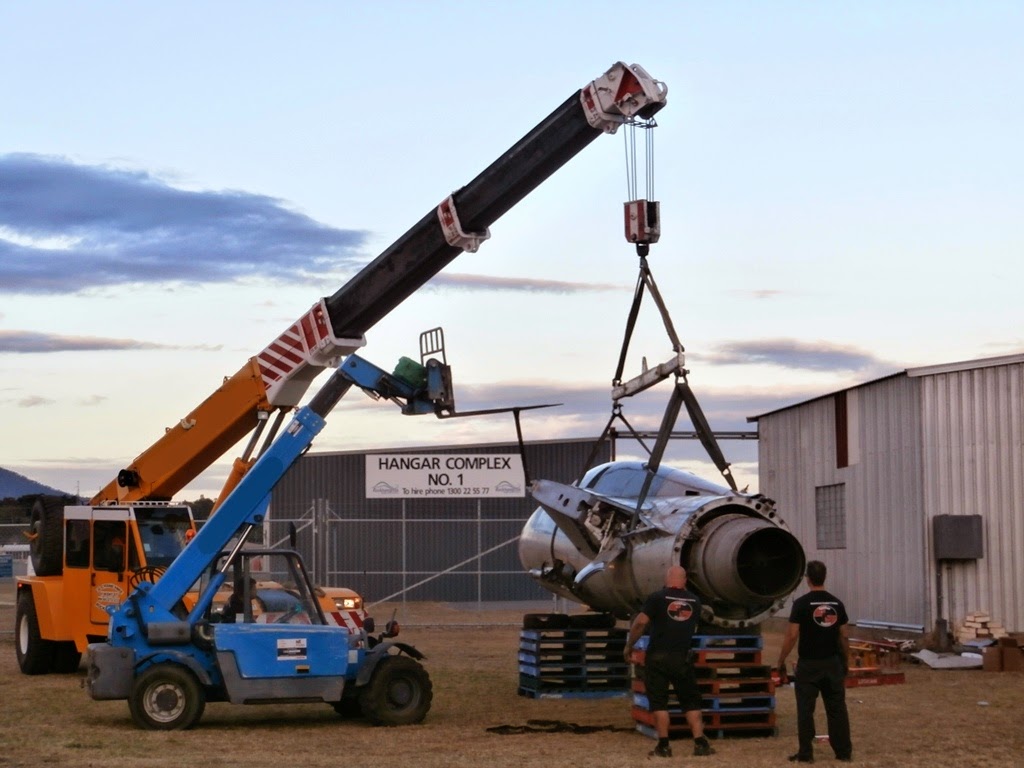 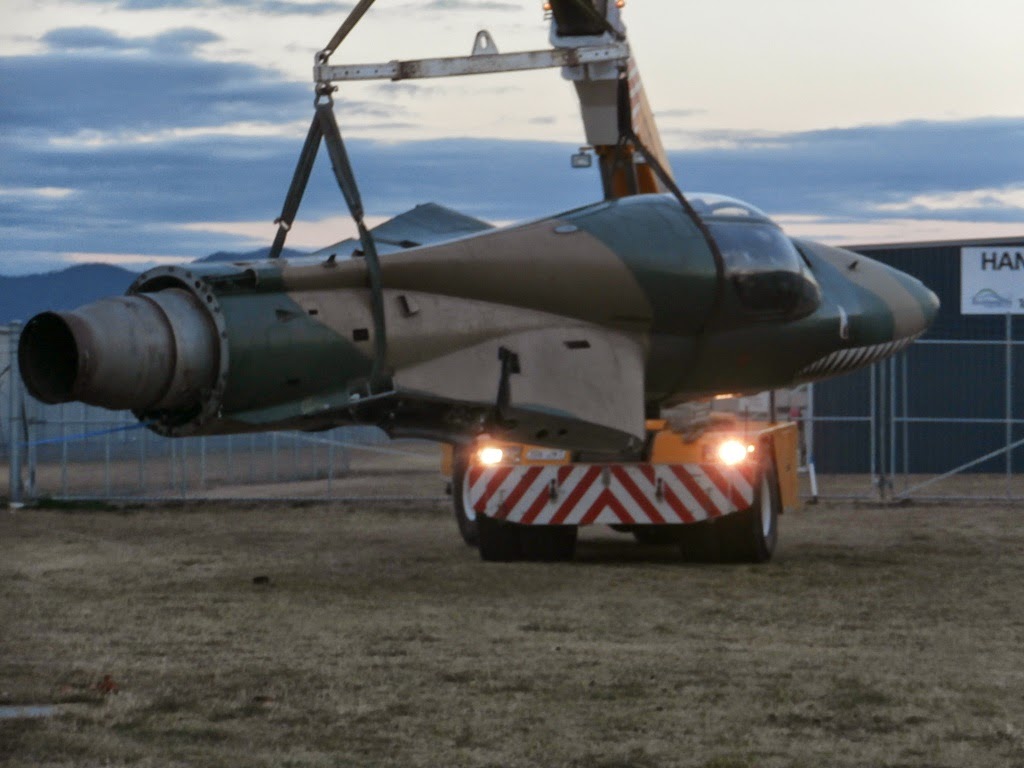 Thanks guys for the great photos!

Photos taken by 'IAD' and Trevor Hardsman  ©
Posted by Damian F at 8:26 PM