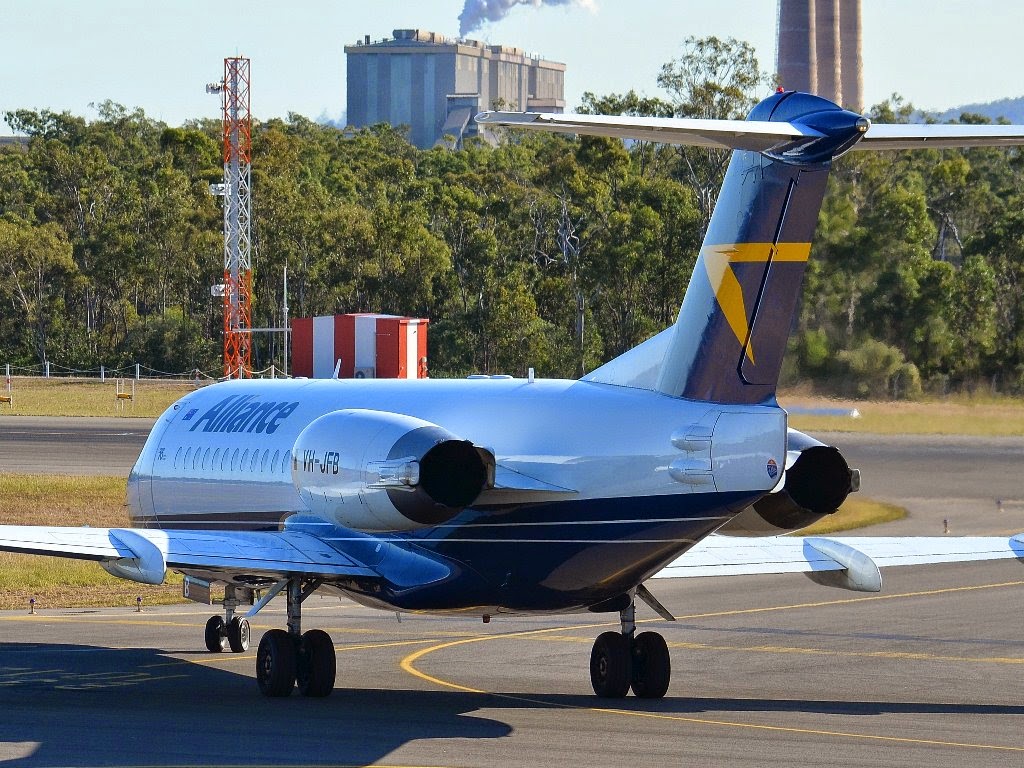 On a very cold morning on Wednesday 2 July, local plane spotters Jamie and Tash were surprised to see Alliance Airlines Fokker F-70 VH-JFB had arrived at Gladstone Airport!  It touched down from Brisbane as UTY650 - most likely operating a closed charter.

It departed back to Brisbane a little later as UTY651.

Later, Bluewater Aviation Pilatus Britten-Norman BN2A-20 Islander VH-VPC touched down at Gladstone Airport from its Townsville base.  After taking on fuel, it departed for the Gold Coast.

Later still, a couple more interesting light General Aviation (GA) aircraft called into Gladstone, including a pair of Cessna 310s in the form of VH-ULF of Austrek Aviation in Toowoomba and VH-FFA of J.M. Kelly (Project Builders) in Rockhampton.  FlightTech (Cairns) Beech B200 King Air VH-WZN was also noted calling in from Cairns in the afternoon.

Thanks to Gladstone plane spotters Jamie and Tash for the lovely photos!

All photos taken by Jamie and Tash  ©
Posted by Damian F at 6:00 PM