It turns out that the Sunshine Coast Helicopter Rescue Service is Australia's longest running community based not-for-profit helicopter service.  It was conceived in 1979 by community-minded businessmen and funded by them and the Queensland Government.  The SCHRS was incorporated and flying by December 1979. 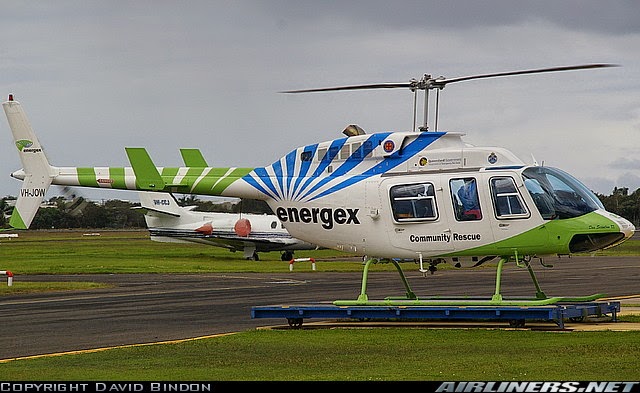 
The financial assistance from Energex and its customers - through donations from their quarterly electricity bill - allowed the Service to purchase a third helicopter in the form of the larger, twin-engined, BK-117 in 1997.  The delivery of the service's first BK-117 helicopter allowed the rescue crew to load a patient from the back of the aircraft.


In 1998 SCHRS was to expand its operations north into Bundaberg on a three year trial basis using a Bell 206 JetRanger Helicopter. In 2001 the service would become a permanent fixture in Wide Bay and Bundaberg skies upgrading to the larger Bell 206 LongRanger helicopter.

A quarter of a century of saving lives and serving the community was celebrated in 2004, and in 2006 the service continued to expand with a larger hangar at the Sunshine Coast Airport.  It remains the community based chopper’s home to this day.


In July 2013, the Service merged with CareFlight Group Queensland.


SCHRS and the iconic RACQ CareFlight Rescue now come under the umbrella of CareFlight Group Queensland.


This vital community service is always looking for donations to keep their helicopter flying.  Details on doantions, and the Service itself can be found on the CareFlight Group website at:  http://www.careflightgroup.com/
Posted by Damian F at 6:00 AM