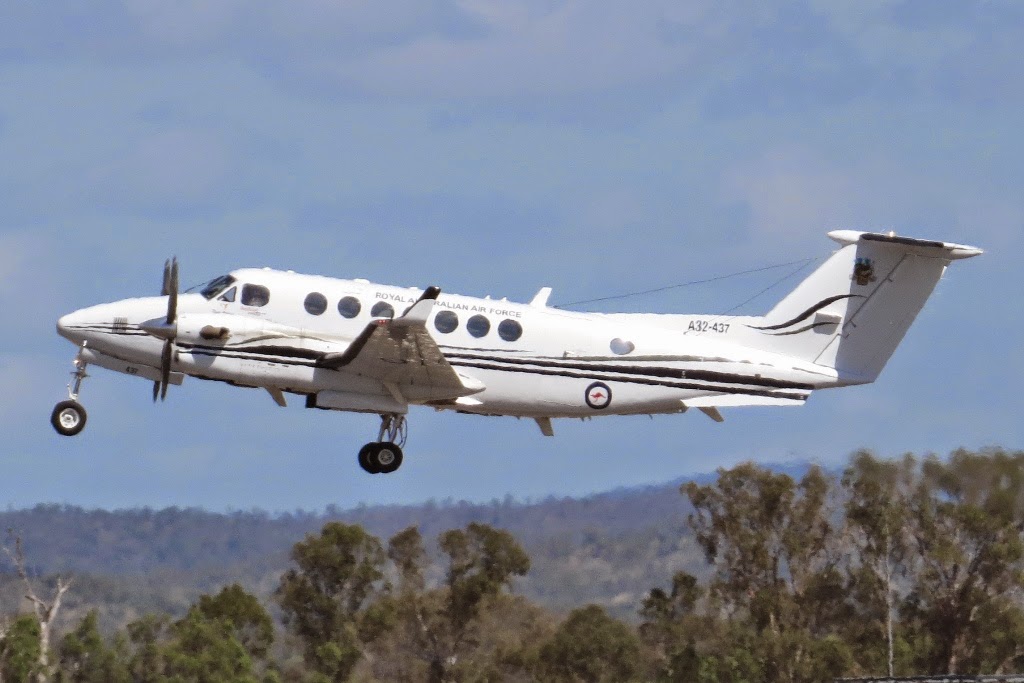 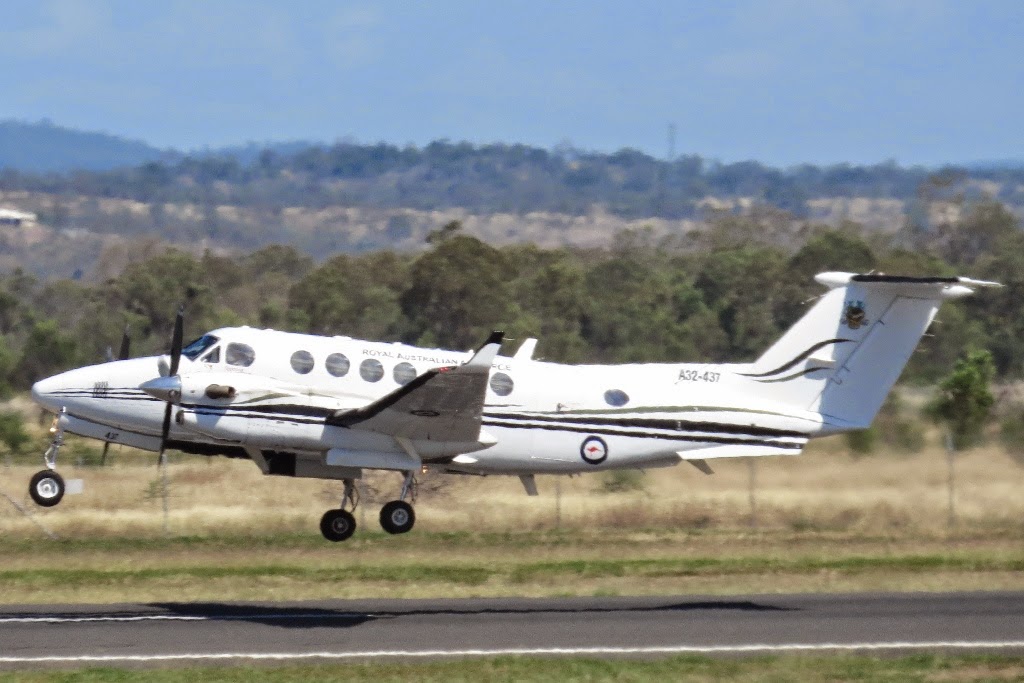 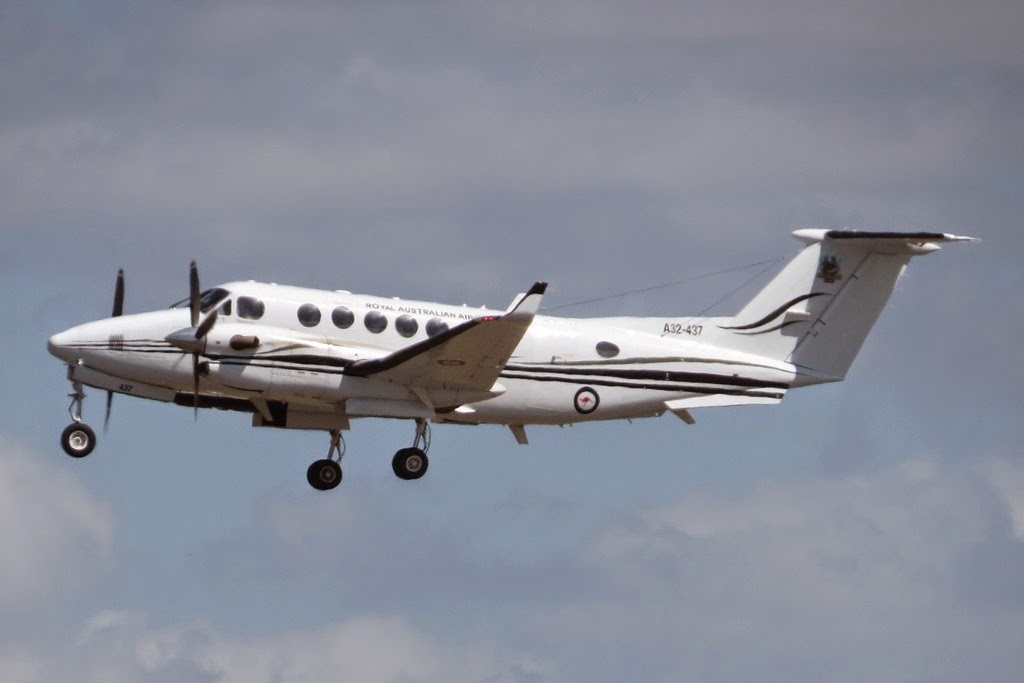 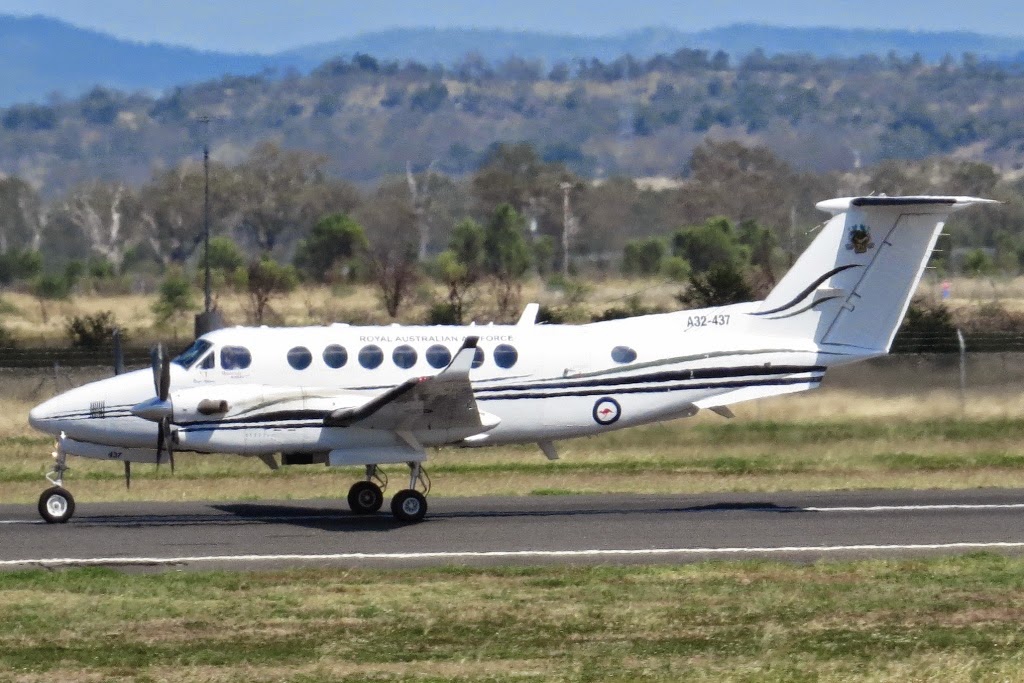 It later departed to Gladstone where it conducted a missed approach before heading back North to Townsville.  A32-437 was heard to be using the radio callsign of "Dingo 35".

Meanwhile, later on Wednesday 15 April, fellow RAAF Super King Air A32-670 touched down from the South.  It remained parked at Rocky overnight and was captured by local plane spotter 'IAD' still resting on the Northern end of the Rocky Airport apron on Thursday 16 April. 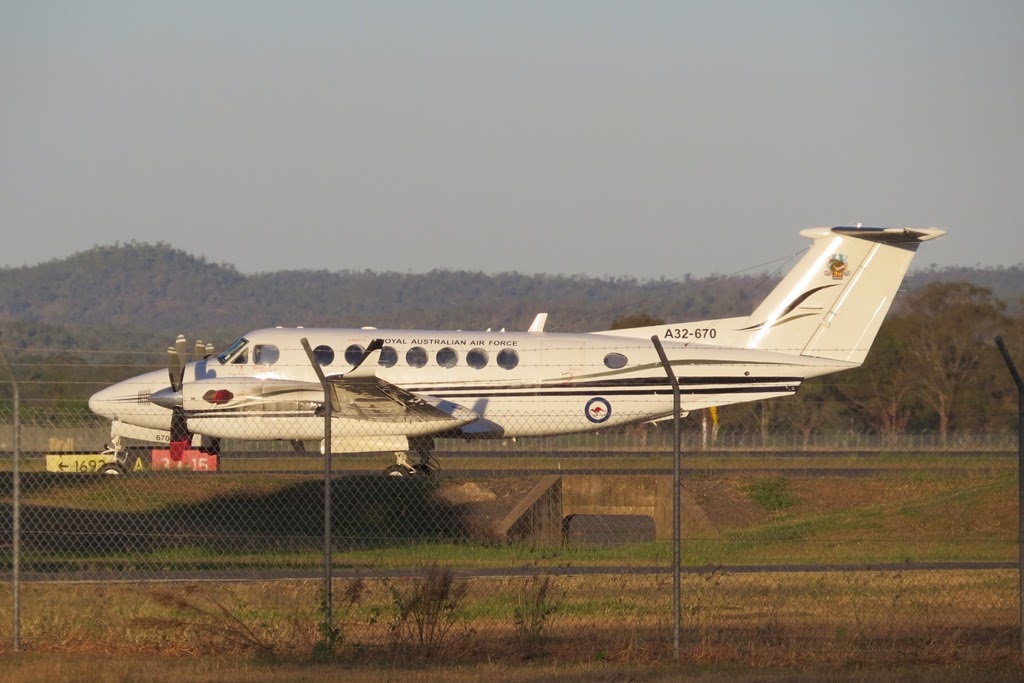 Also staying overnight after touching down from the North on Wednesday 15 April was Australian Army NH Industries MRH-90 Multi-Role Helicopters. 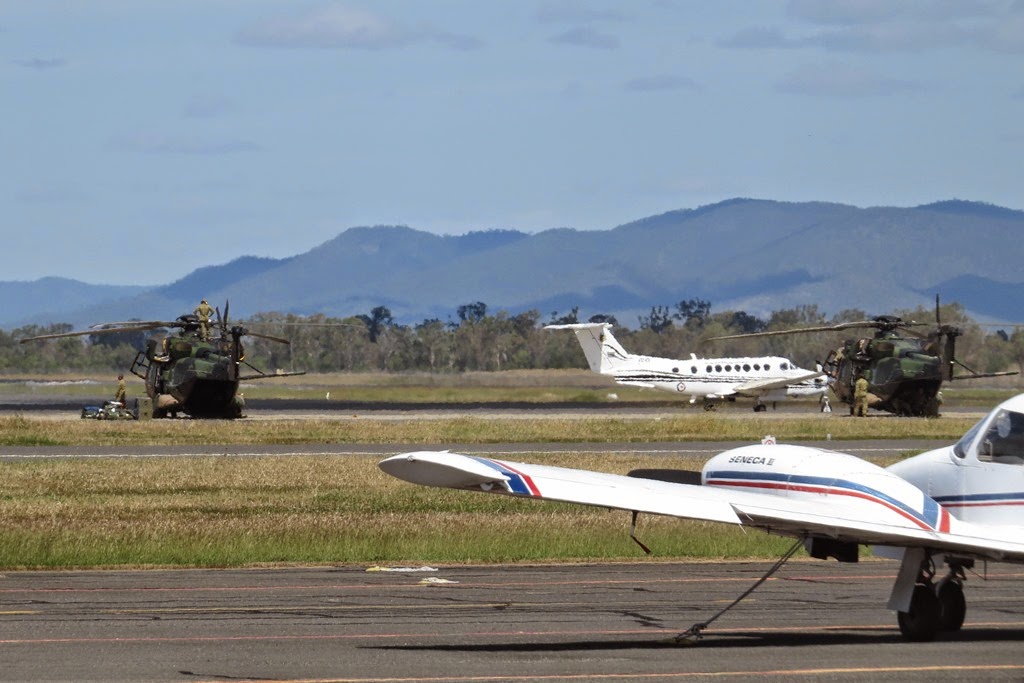 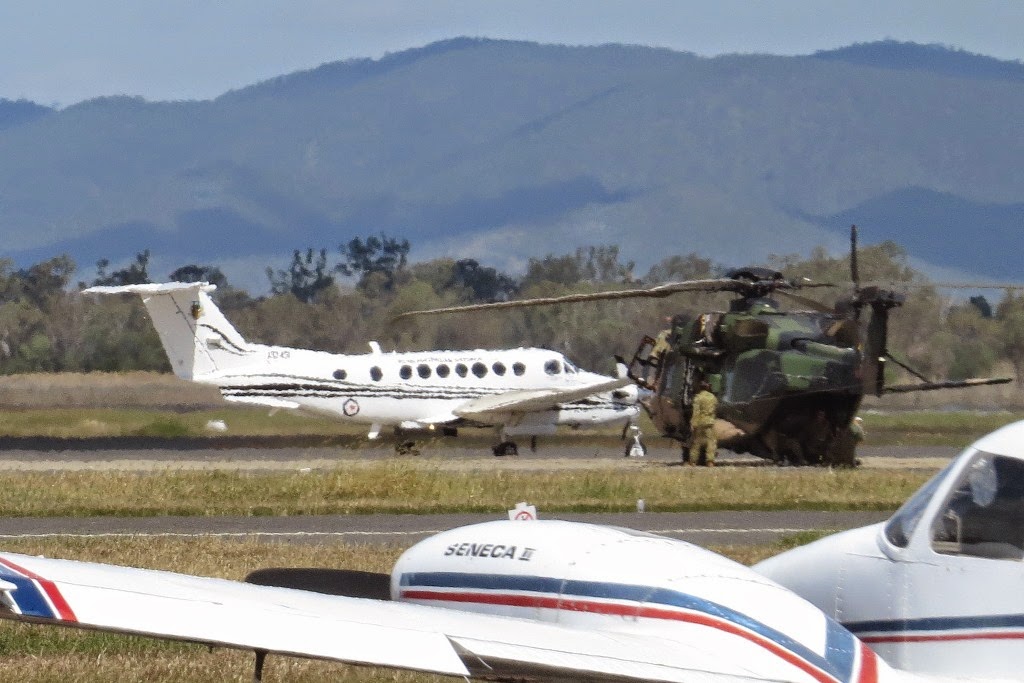 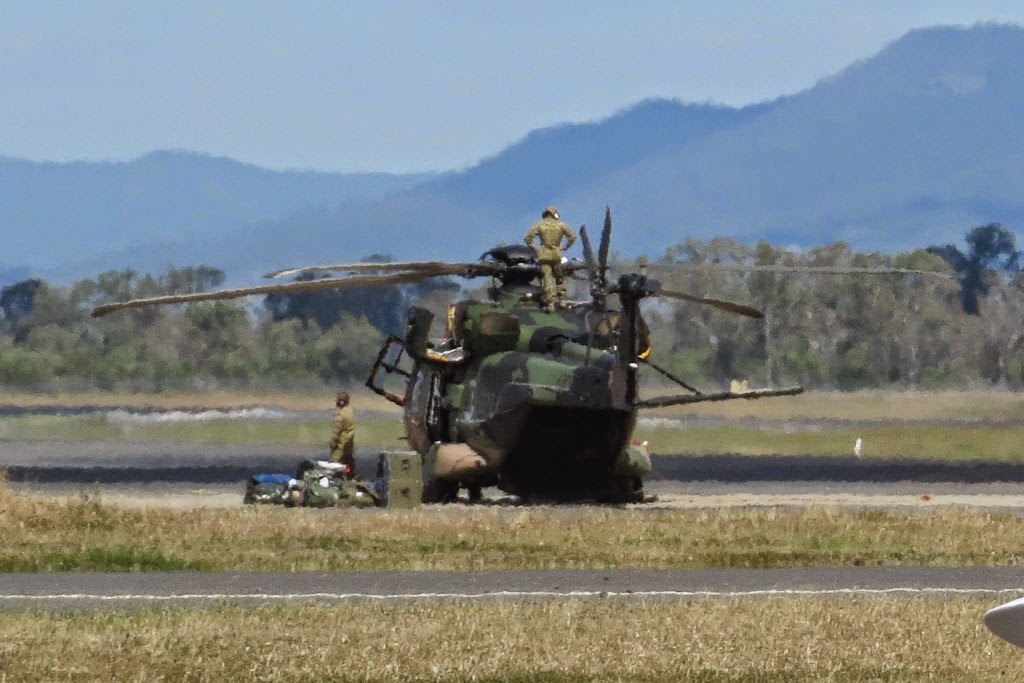 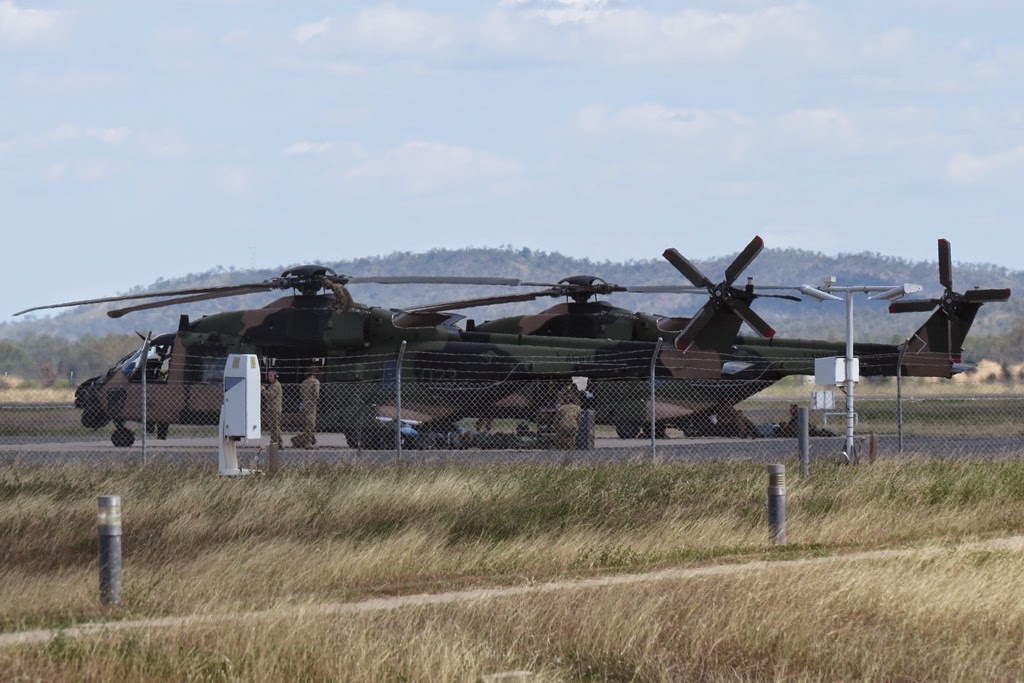 They have been identified as A40-004 and A40-023 and are reportedly due to operate out of Rockhampton Airport on Thursday 16 April. 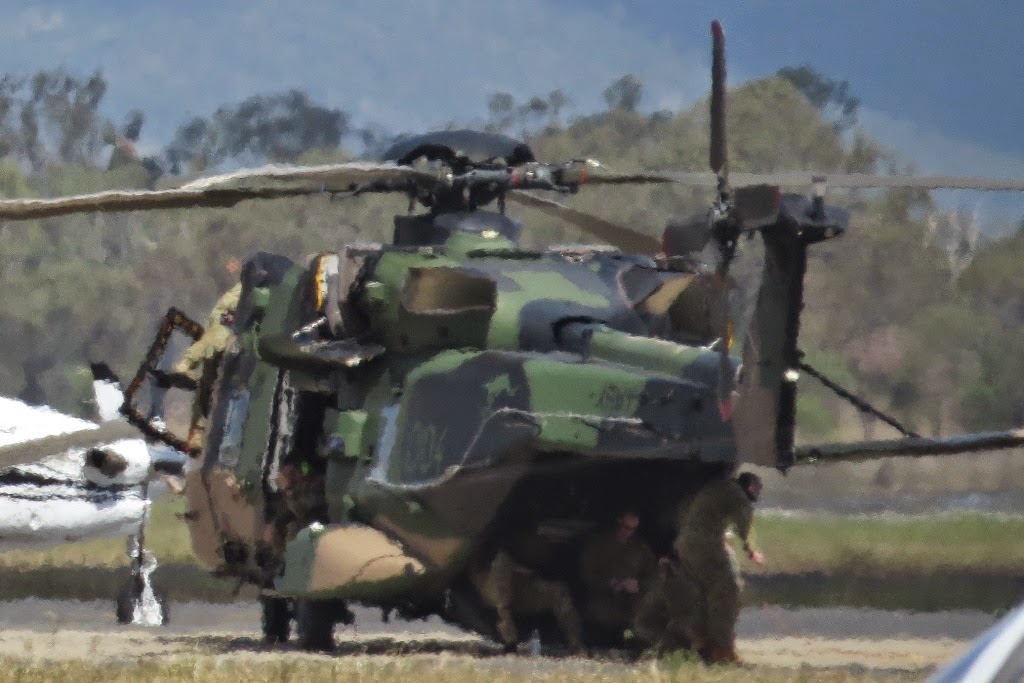 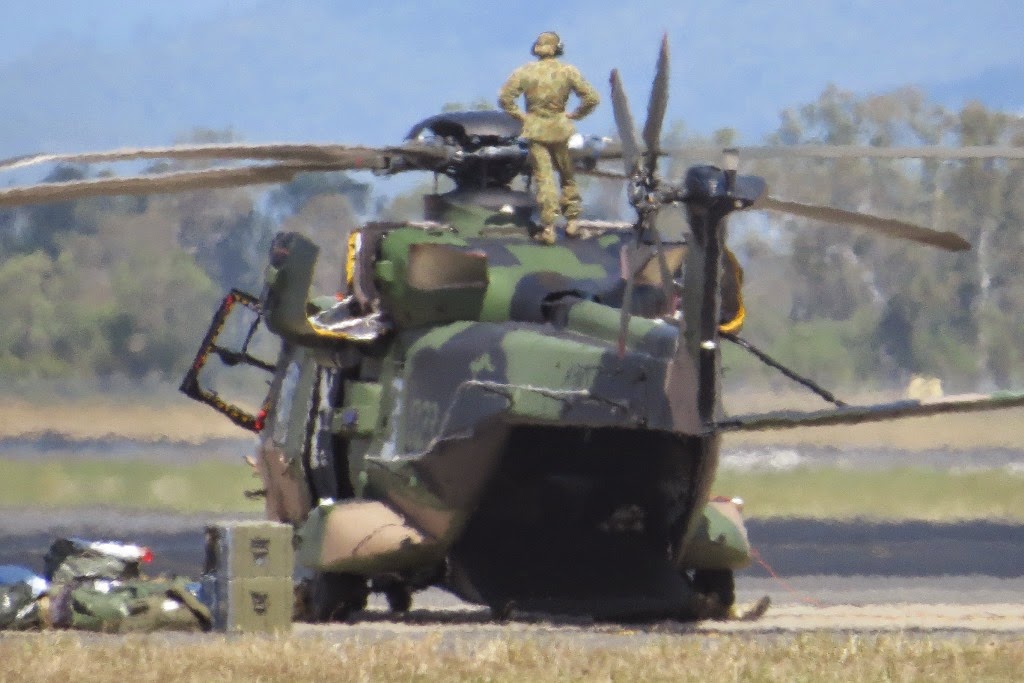 Finally on Wednesday, Kayanne also captured a distant photo of one final RAAF aircraft - an unidentified Lockheed AP-3C Orion - which was flying from Townsville to the Edinburgh Air Base in South Australia. 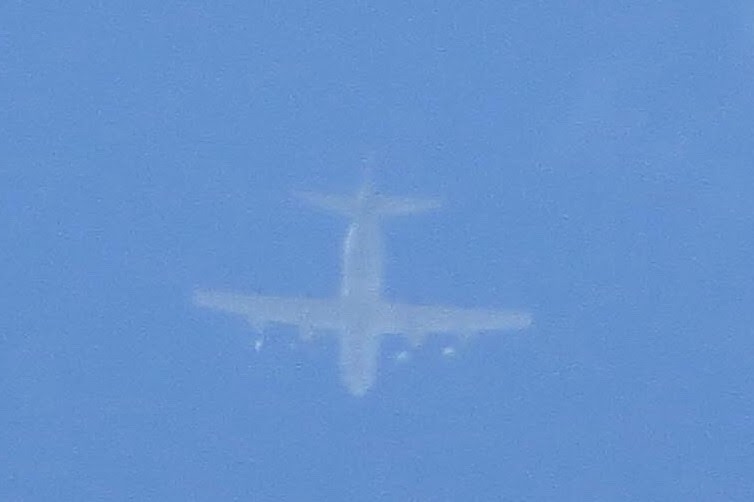 The Orion was heard to be using the radio callsign of "Sealion 71".  It is also believed that the Orion may have been involved in a search for a missing crew member that fell overboard from a boat of Fraser Island on Wednesday.

Thanks to Kayanne and 'IAD' for sending through these great photos from another great day of plane spotting action at Rockhampton Airport - and it will only get better over the coming months!

Photos taken by Kayanne Hardsman and 'IAD'  ©
Posted by Damian F at 9:23 AM