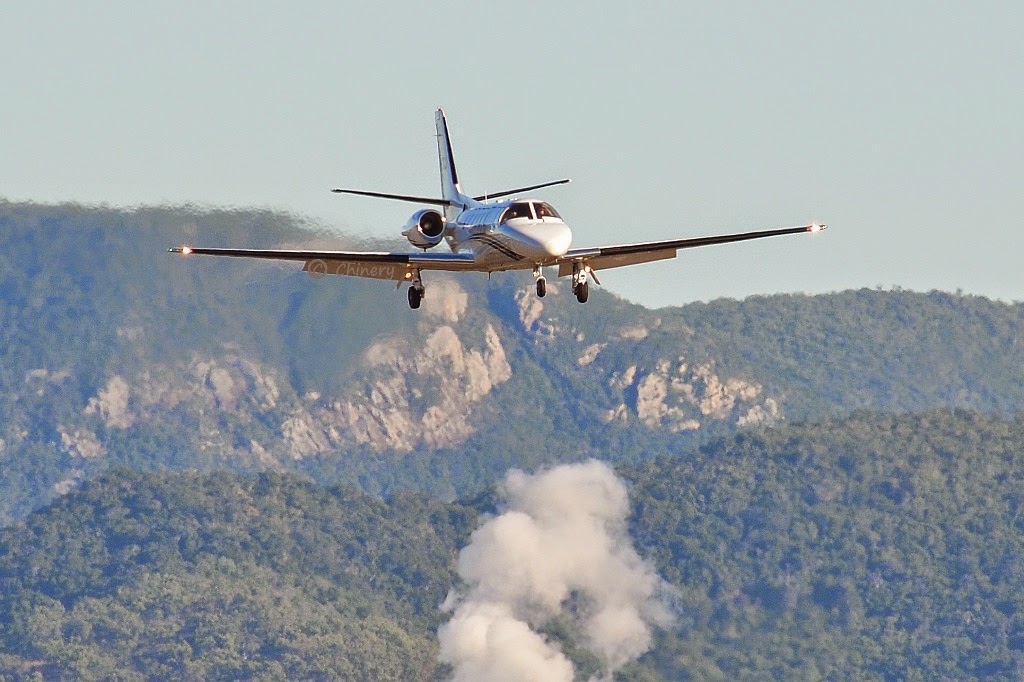 Earth Commodities Cessna 550 Citation Bravo bizjet VH-CCJ has returned to Central Queensland on Monday 27 April.  It initially touched down at Gladstone Airport from Brisbane before heading further North to Mackay.

From Mackay, VH-CCJ returned back to Gladstone later on Monday where it appeared to be staying for the night.

Early information suggests that VH-CCJ will head South from Gladstone to Bundaberg around lunchtime on Tuesday 28 April before returning to Brisbane.