After being delivered in August 2014, the newest Virgin Australia Regional Airlines (VARA) ATR 72-600 VH-VPJ has finally entered service with Virgin on Saturday 25 April.  And its first ever service was to Rockhampton Airport! 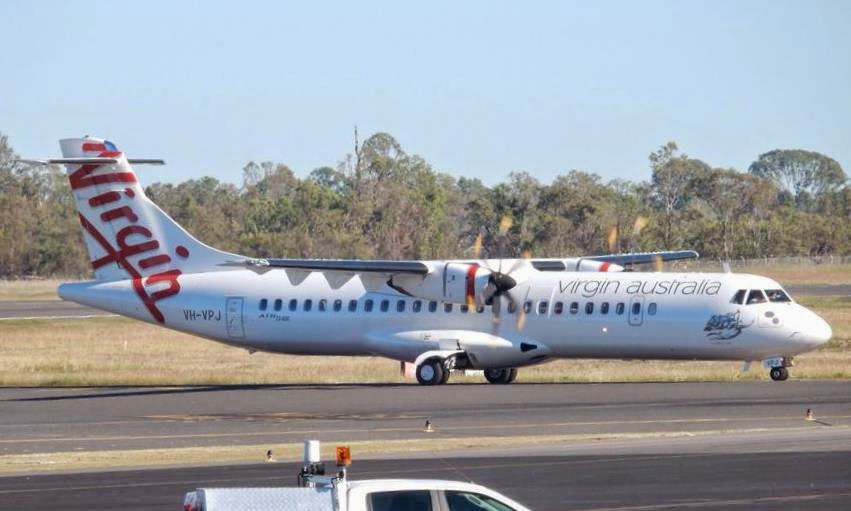 Local plane spotter Isaac M was on hand to capture its arrival from Brisbane as VOZ1233. 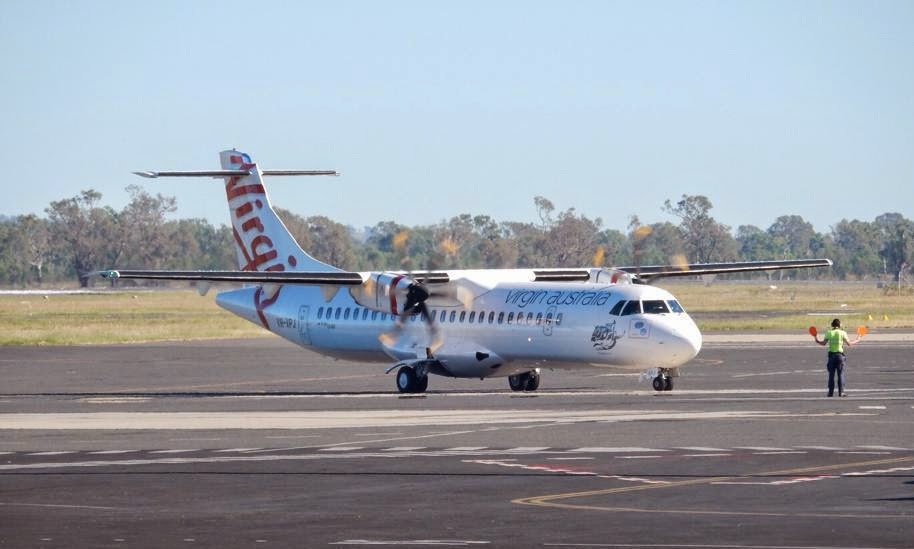 VH-VPJ has been in Brisbane for almost a month after re-positioning from Melbourne (Tullamarine) Airport where it was delivered to last year.

On Saturday, VH-VPJ departed back to Brisbane as VOZ1234 where it spent the rest of the day.  Early indications suggest that it is due to depart South to be based out of Sydney for the next few days.

Thanks Isaac for sharing these great photos of a nice little piece of history!

All photos taken by Isaac Matthews  ©
Posted by Damian F at 7:29 AM