Over the last few days, yet more Australian-based bizjets have been noted calling into Hamilton Island Airport, including at least one recently delivered little corporate beauty.

Brand new Cessna 525 Citation M2 VH-WMY of Mitchell Water Australia touched down at Hamilton Island directly from Melbourne (Moorabbin) Airport on Wednesday 8 April.  It then operated a return flight to Ayr and back before overnighting.  It is actually pictured in Adelaide on Tuesday 7 April, so it has had a busy week! 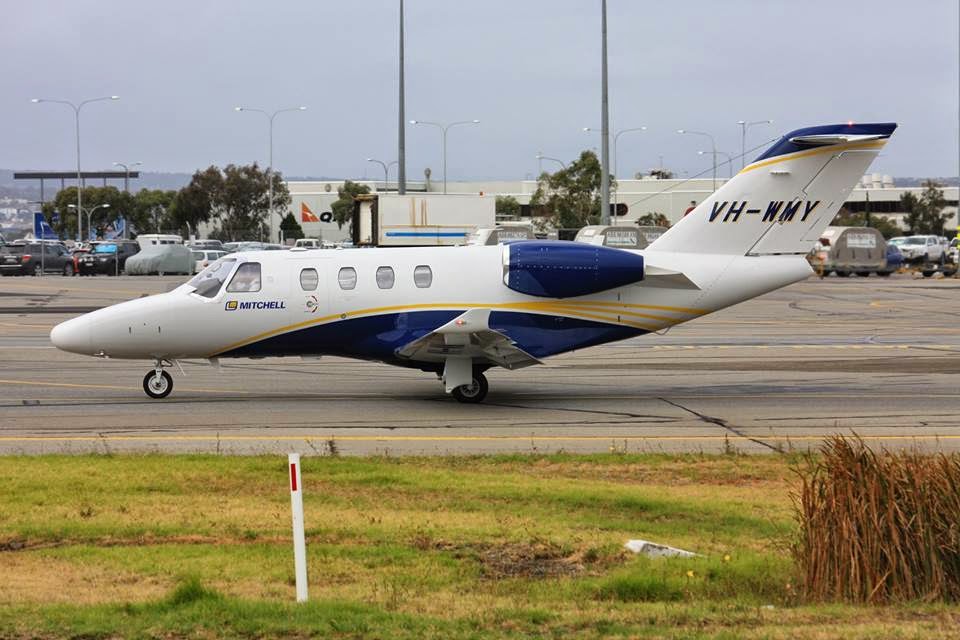 Also on Thursday 9 April, Business Aviation Solutions Bombardier CL-600-2B16 Challenger 604 bizjet VH-BLM departed back to its Gold Coast base.  It had arrived on Sunday 5 April.

And arriving into Hamo on Wednesday 8 April was Silver Linings Aviation Cessna 680 Citation Sovereign bizjet VH-ZEK, along with Hawker Beechcraft G58 VH-EZD which called in from its Monto base.

Finally, on Tuesday 7 April, Alliance Airlines Fokker F-100 VH-XWQ was noted flying into Hamilton Island from Cairns as UTY2666.  I presume this flight was operated on behalf of QantasLink.  VH-XWQ departed a short time later back to Cairns as UTY2667.