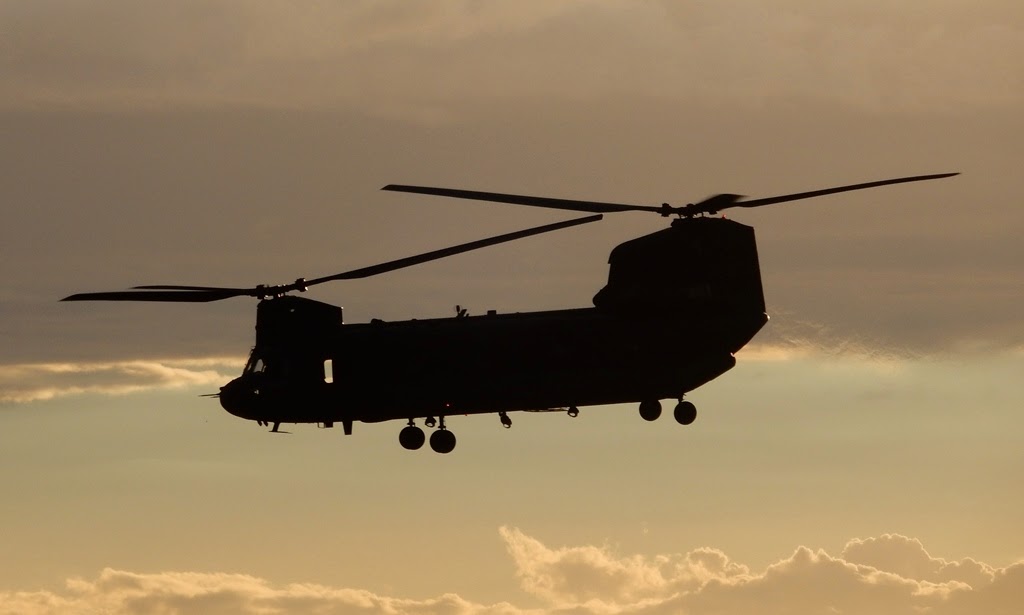 Making a very surprising, but most welcome visit to Rockhampton Airport on Wednesday 1 April was Australian Army Boeing CH-47D Chinook helicopter A15-151. 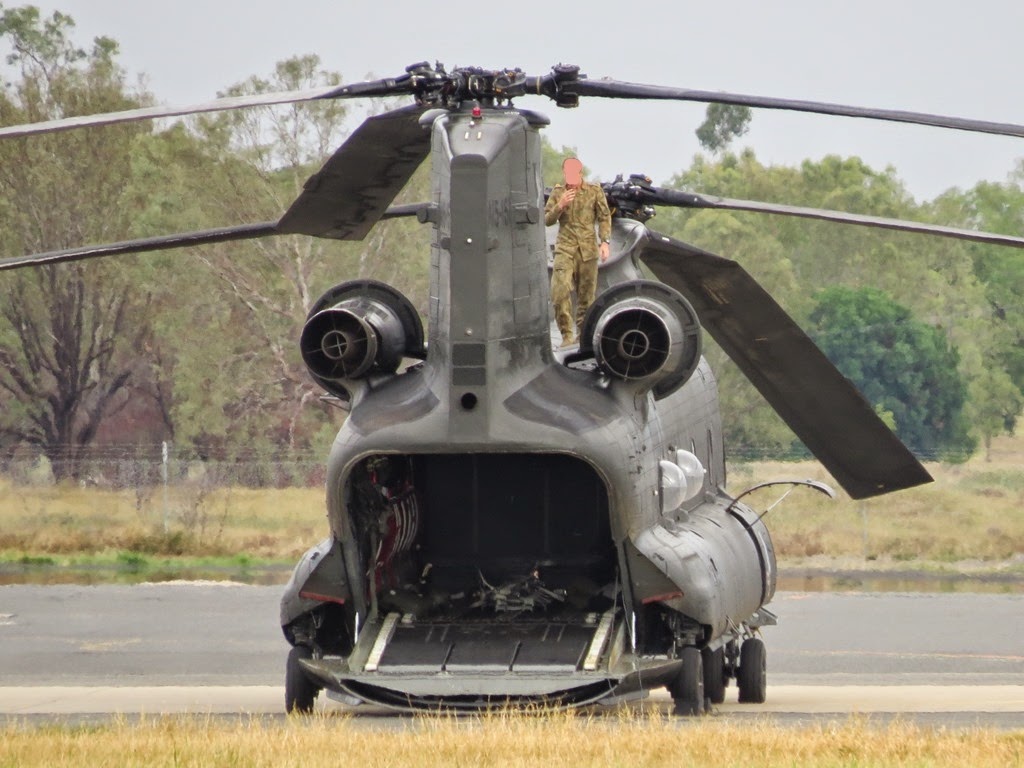 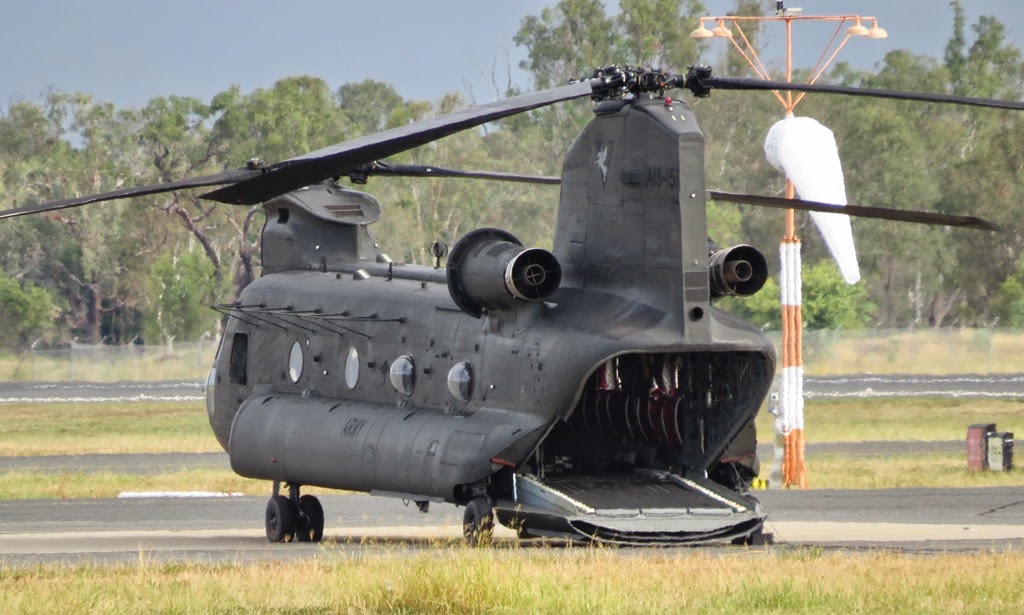 The chook - flown by the 5th Aviation Regiment - was heard to arrive from the North and later departed back in that direction using the radio callsign of "Brahman 151". 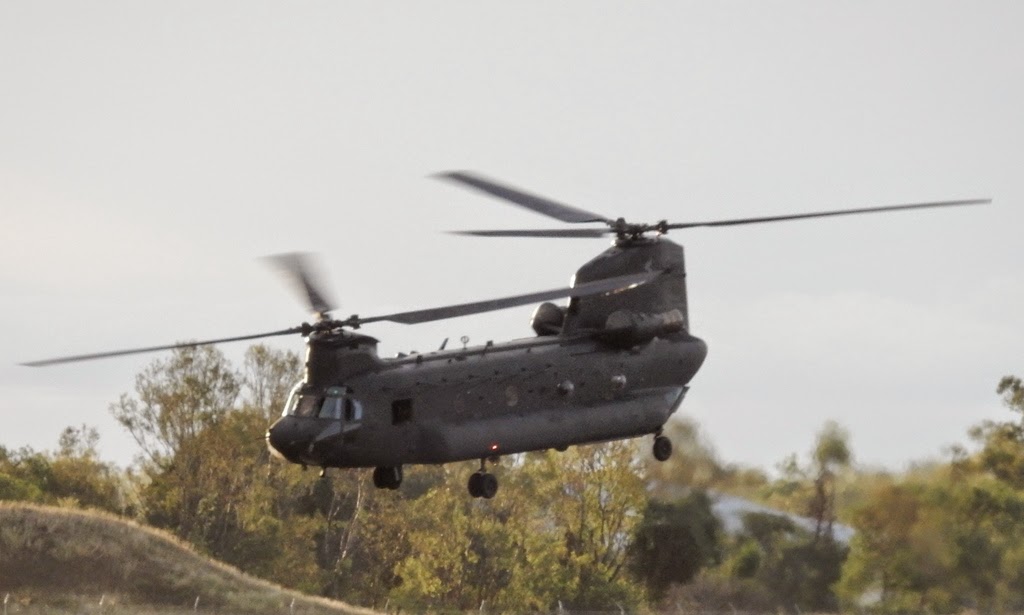 Local plane spotters have also noted that the two Australian Army NH Industries MRH-90 Multi-Role Helicopters - A40-014 and A40-024 - that arrived at Rockhampton earlier in the week have been flying in and out of both Rockhampton Airport and a location nearby to the Shoalwater Bay Training Area over the last couple of days.

Perhaps the beginning of preparations for Talisman Sabre 2015, or some small Army exercise?

Thanks to local plane spotter 'IAD' - and special thanks to Isaac M who has also submitted a couple of great photos of the Chinook departing during the late evening!  Cheers guys!