Local plane spotter Kayanne H popped out to Rockhampton Airport and captured a nice pair of Cessna turboprops that called into the beef capital on Tuesday 28 April. 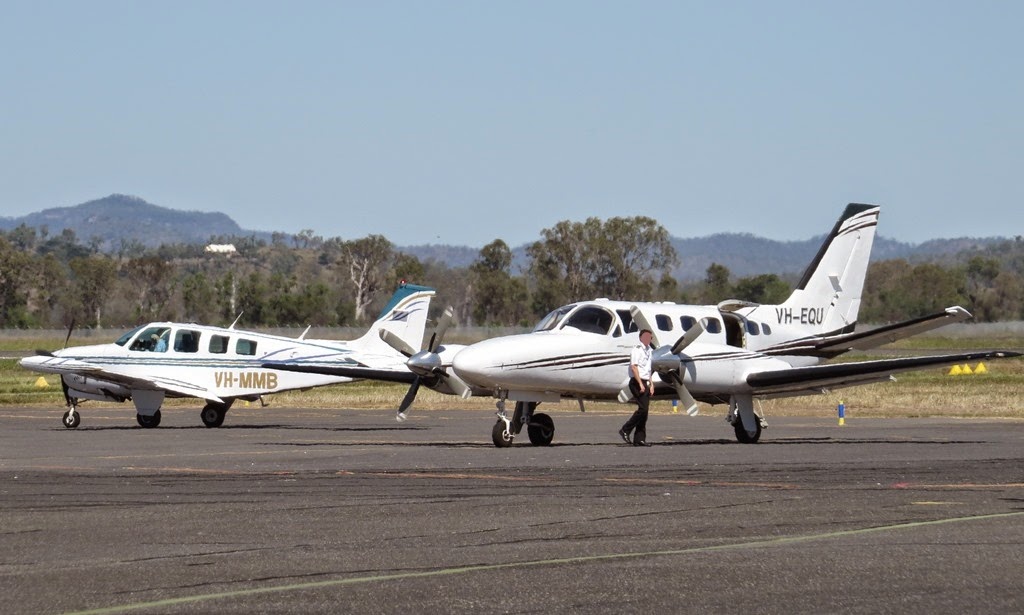 While its exact movement details are not known, BPW Aviation of Scone, New South Wales, Cessna 441 VH-EQU touched down first. 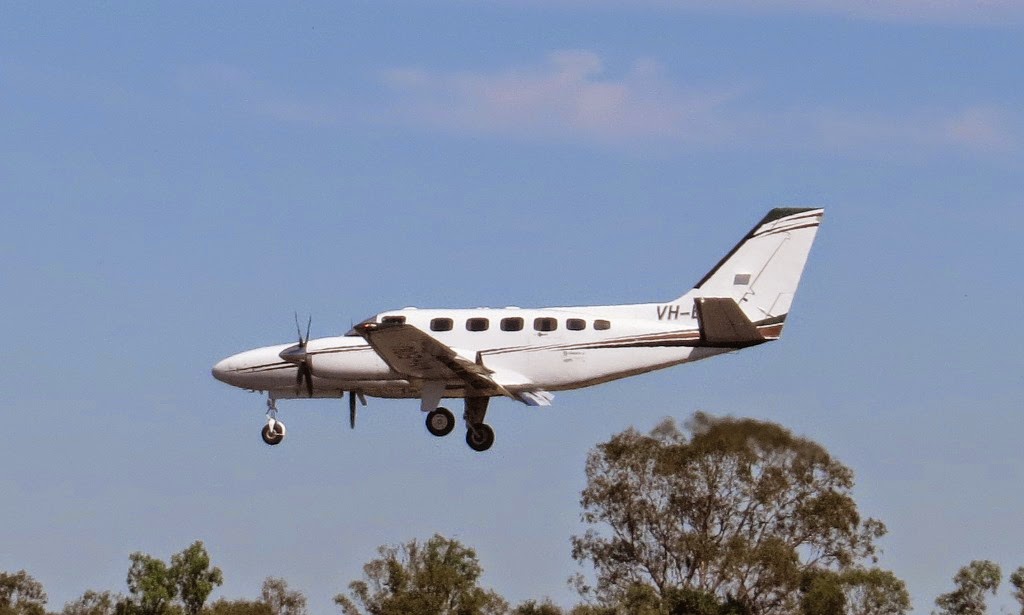 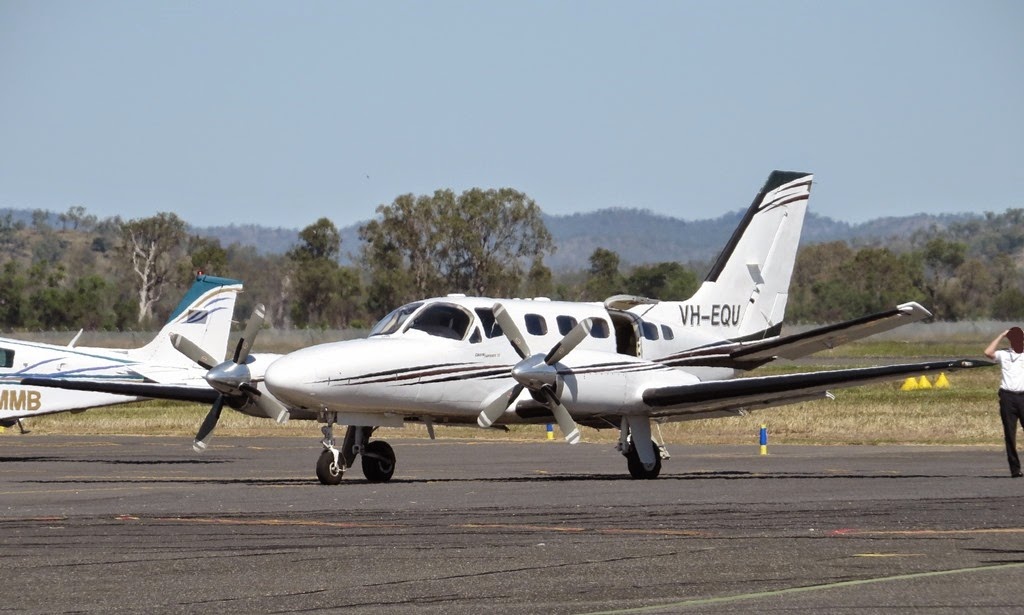 It later departed to Gladstone and then Bundaberg Airports. 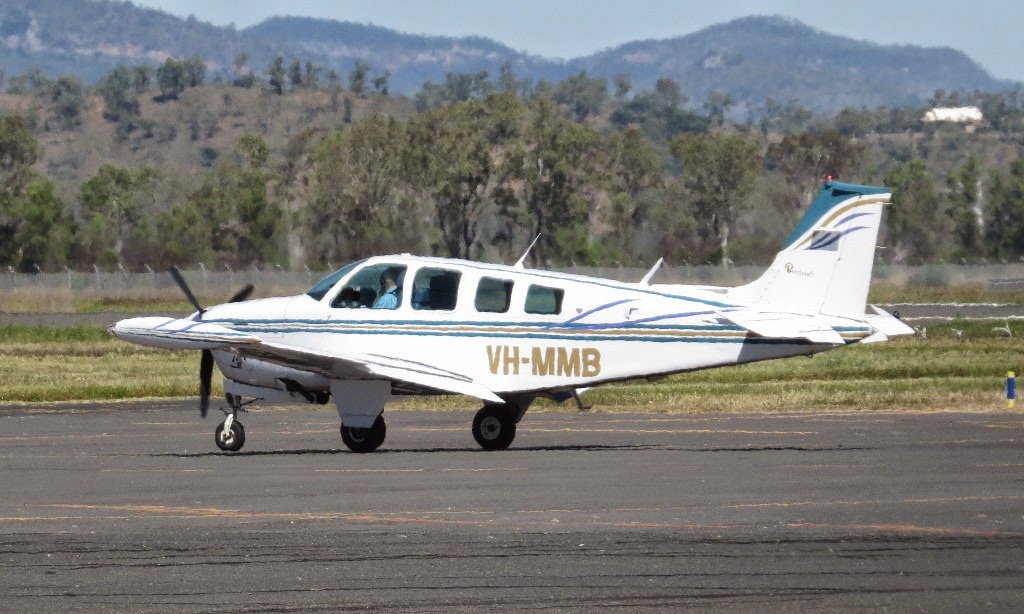 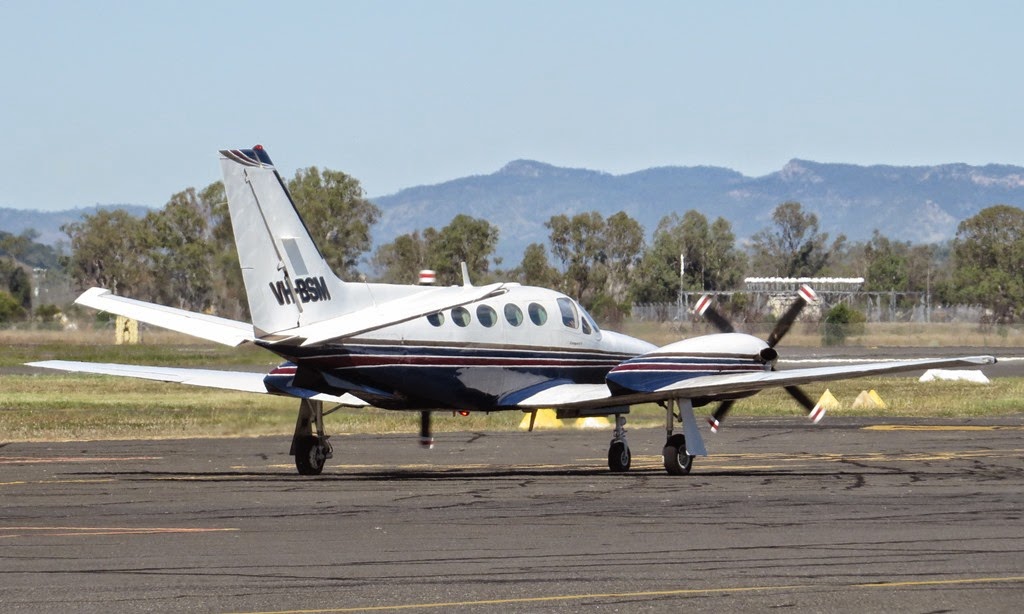 Again, the exact movements of this lovely corporate Cessna turbo-prop are not known.

All photos taken by Kayanne Hardsman  ©
Posted by Damian F at 10:47 PM