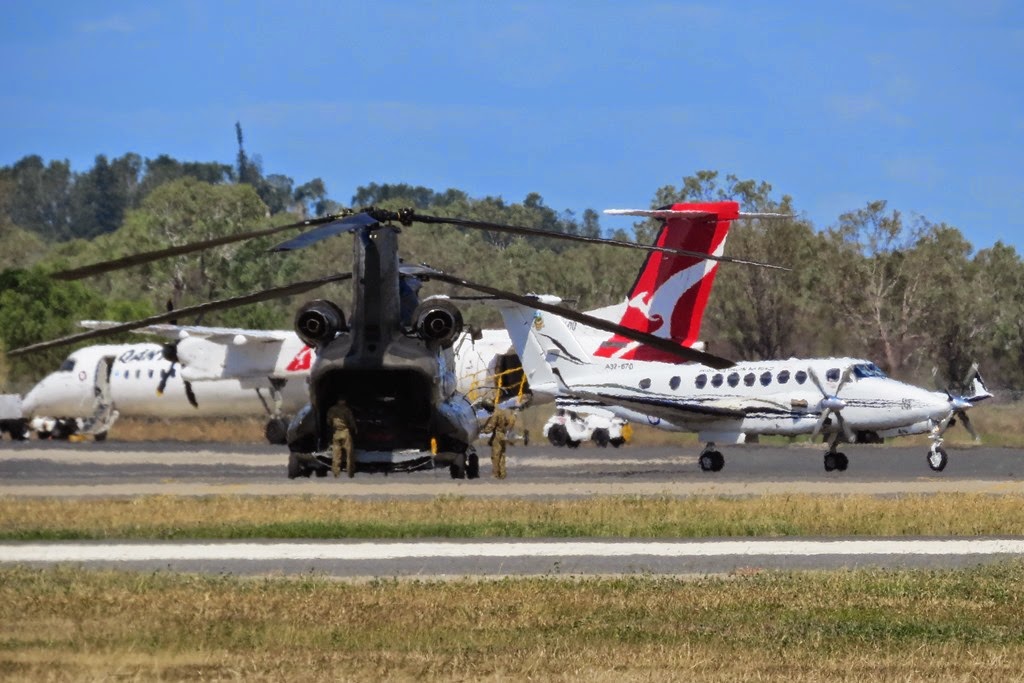 The busy day at Rockhampton Airport on Tuesday 14 April continued with Royal Australian Air Force (RAAF) Beech B350 Super King Air A32-670 calling in from the South. 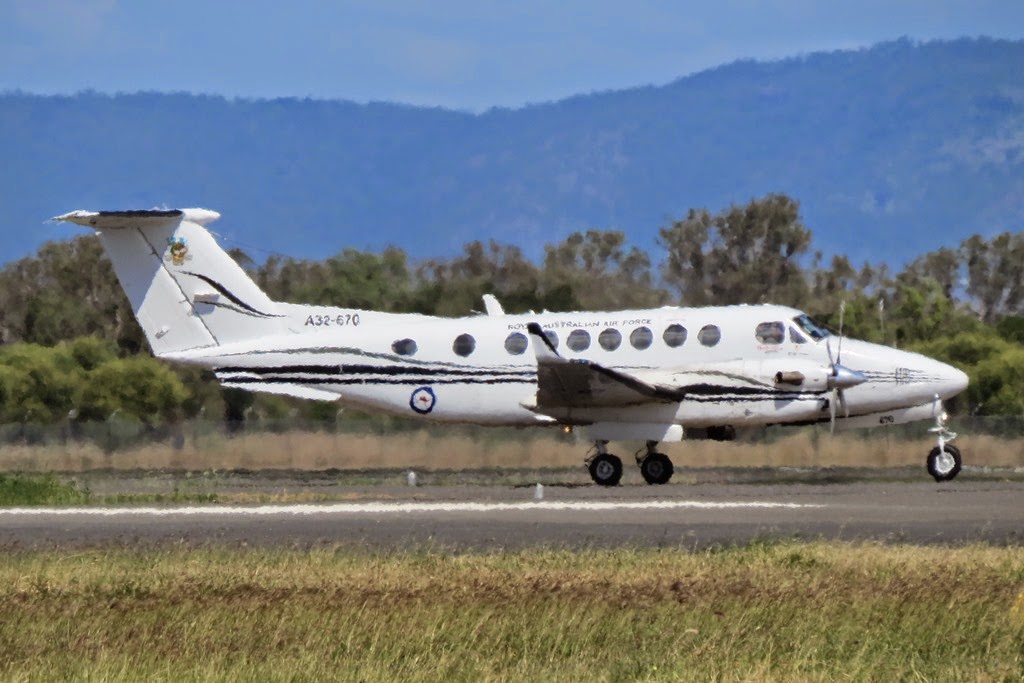 Local plane spotter 'IAD' was on hand to capture a couple of quick snaps of its departure to RAAF Base Amberley.  It was heard to be using the radio callsign of "Dingo 11".

Meanwhile, 'IAD' also captured a quick snap of another great visitor to Rocky in the form of Australian Army Boeing CH-47D Chinook helicopter A15-106. 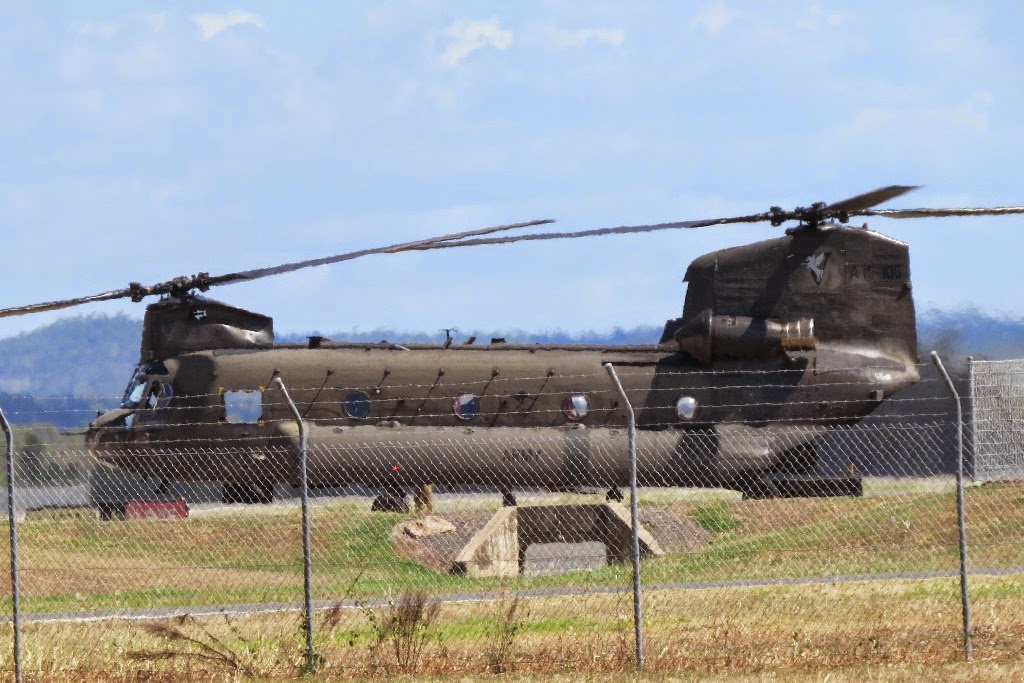 It arrived from the North and after a short time on the ground, it departed to the South - tracking to Noosa - using the radio callsign of "Brahman 106".

Reports suggest that the Chinook may then move onto Melbourne to be retired. 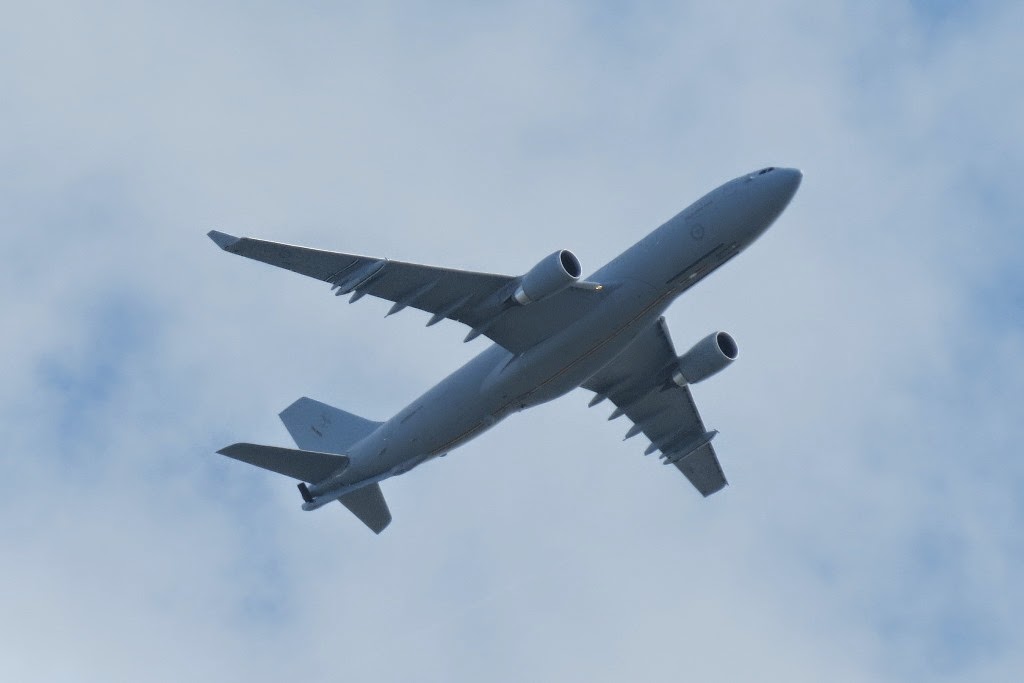 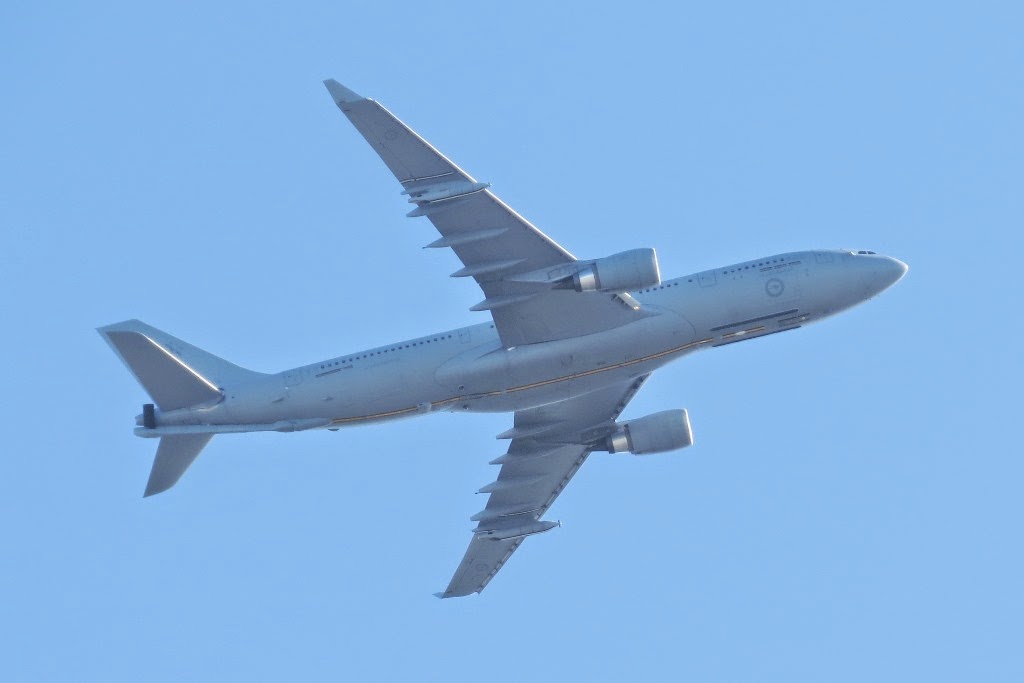 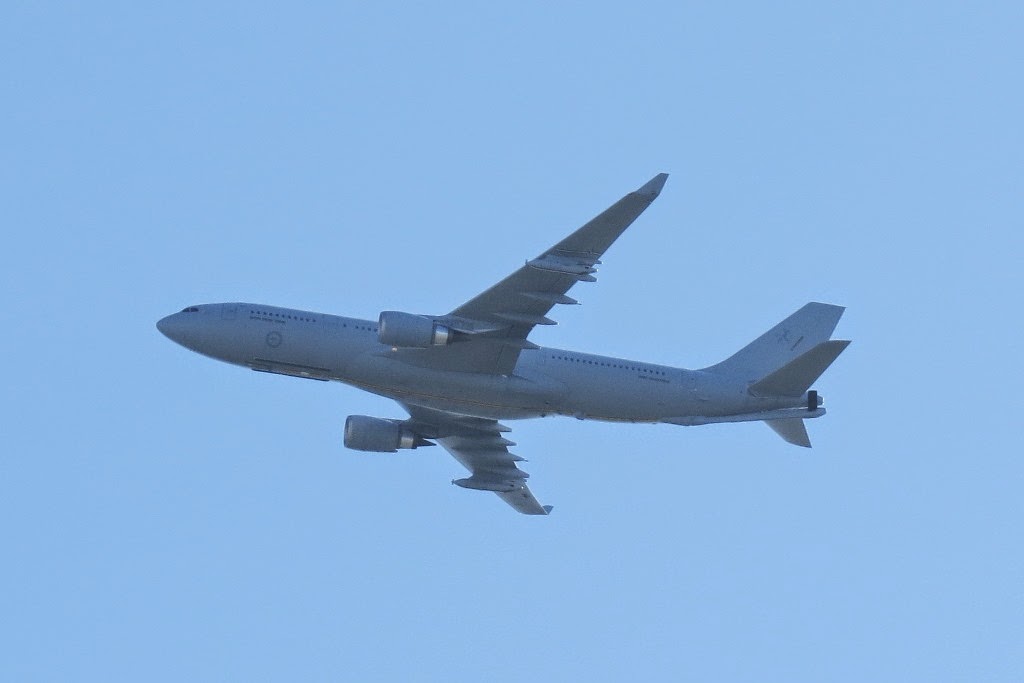 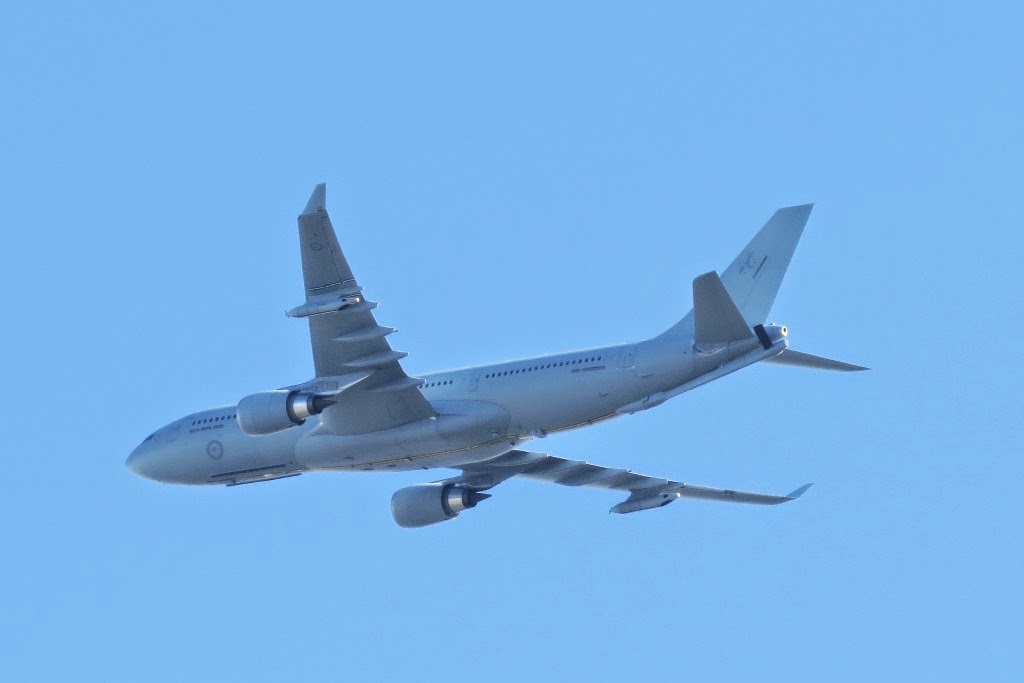 It flew up from the South and looked to continue to the North.  A39-005 was noted to be using the radio callsign of "Dragon 11".