Royal Australian Air Force (RAAF) Beech B350 Super King Air A32-437 - flying as "Dingo 13" - has been noted this week operating survey flights in and out of Rockhampton Airport to the nearby Shoalwater Bay Training Area (SWBTA). 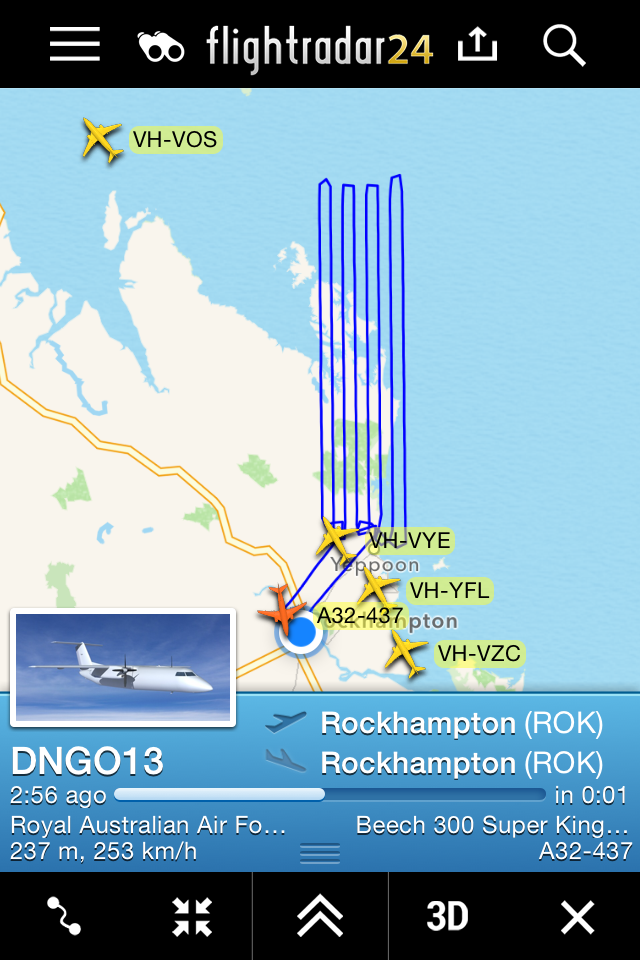 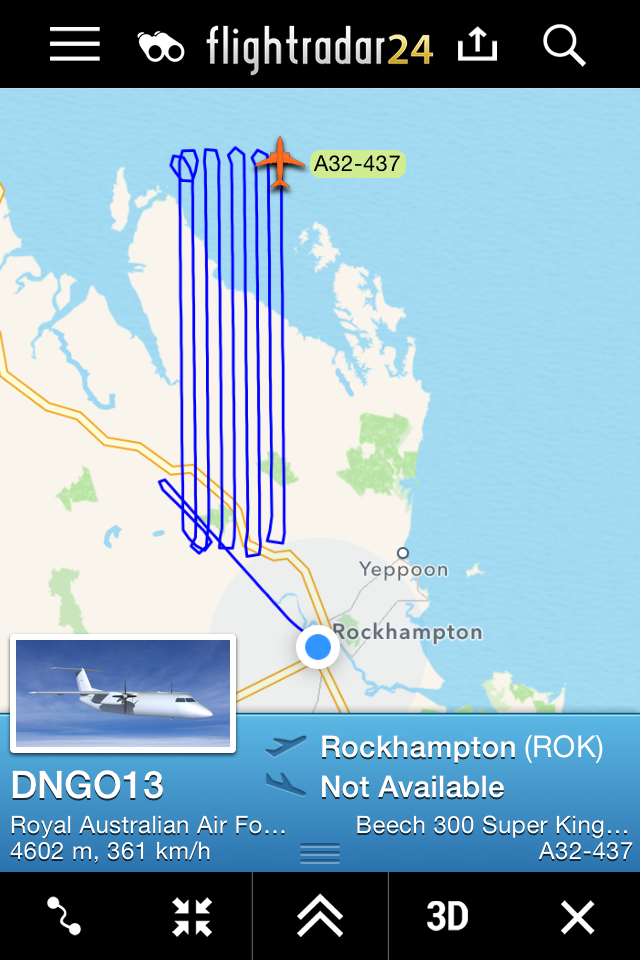 More details about Talisman Sabre are expected to emerge in the coming weeks with - at this stage - all that is known about the Exercise is that it will held in various locations - including Shoalwater Bay and Rockhampton Airport - during July and August 2015.

Finally, on Wednesday 22 April, fellow RAAF Super King Air A32-675 was noted descending into Bundaberg as "Dingo 30", while later in the afternoon, I stuck my head out of my classroom and spotted another RAAF Super King Air A32-651 "Dingo 26" climbing out of my local Clermont Aerodrome while on a flight from Townsville to Amberley!  What a nice surprise!
Posted by Damian F at 9:08 PM