Sadly, the Singapore Armed Force's Exercise Wallaby 2019 has come to an end, and on Tuesday 5 November, most of the Republic of Singapore Air Force (RSAF) helicopters deployed to Rockhampton Airport were photographed below with their rotor blades removed and in the process of being prepared for uplift back to Singapore. 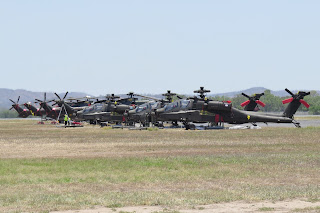 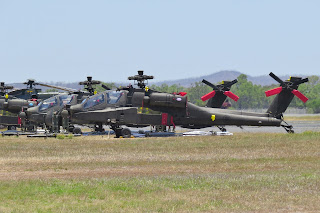 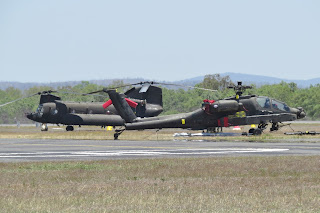 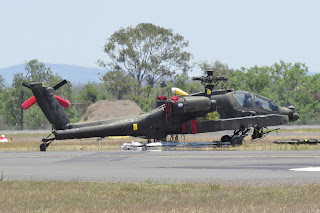 It appears (as posted below) that the deployed RSAF helicopters looked to complete their final flights last Friday 1 November.

While over the weekend and into the early part of next week, Volga-Dnepr Airlines Antonov AN-124-100 RA-82044 should return to Rockhampton Airport from Cairns and transport the four RSAF Boeing AH-64D Apache and four RSAF Aerospatiale / Eurocopter AS332M Super Puma helicopters back to Singapore over two trips.

UPDATE!  It appears the Antonov will arrive into Rockhampton Airport on Sunday 10 November and again on Tuesday 12 November.