On Sunday 17 November, Royal Australian Air Force (RAAF) Boeing B737-7ES / E-7A Wedgetail Airborne Early Warning & Control (AEW&C) aircraft A30-003 was believed to have completed a missed approach at Hamilton Island Airport.  It appears that the Wedgetail flew down from Townsville. 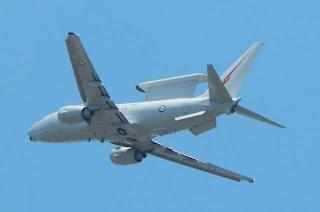 After completing the airwork at Hamo, it appears that A30-003 then continued South and completed more airwork at the Sunshine Coast (as pictured) before it continued home to RAAF Base Williamtown.