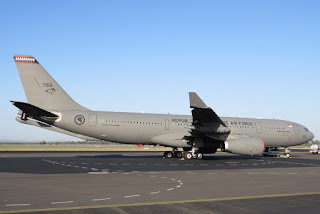 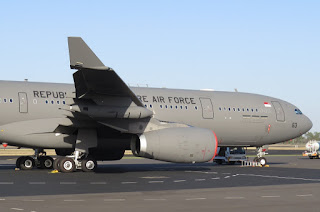 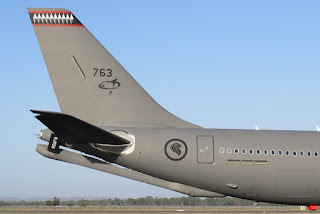 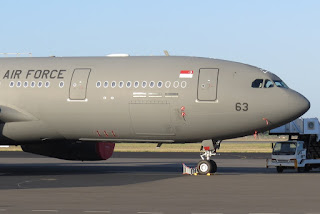 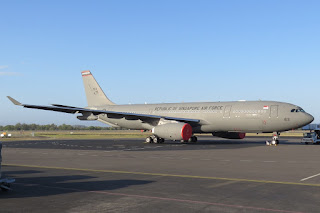 The A330-MRTT was photographed above and below early on Monday as it rested quietly on Gate 6 on the Southern end of the Rockhampton Airport parking as apron.  As mentioned below, it arrived into Rocky on Sunday 3 November direct from Singapore's Changi Airport / Changi Air Base (CAB) (East). 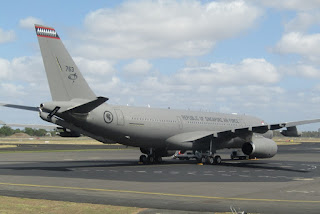 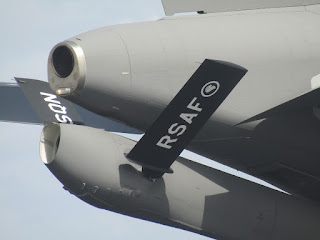 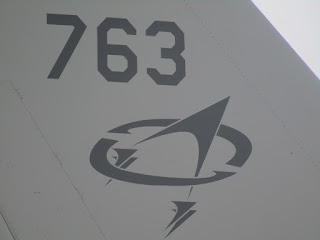 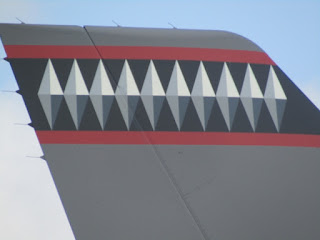 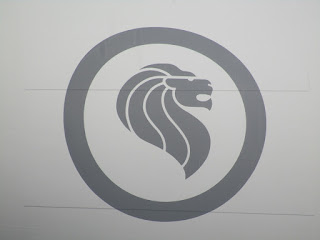 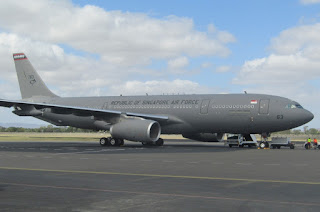 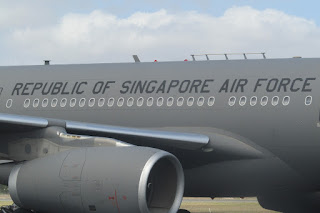 On Monday, it was later noted departing Rockhampton Airport for Paya Lebar Air Base in Singapore again flying as 'SAF8941' / "Singa 8941".

Of interest, the A330-MRTT is one of four (with a further two on order) currently flown by the RSAF's 112 Squadron based at the Changi Air Base (CAB) (East) in Singapore.  The squadron goes by the motto of "Determined to Deliver".