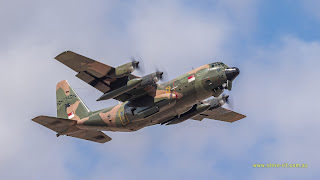 The visiting Republic of Singapore Air Force (RSAF) Lockheed C-130H Hercules transport aircraft '734' was noted departing Rockhampton Airport for Darwin as "SAF9966".  It was photographed below arriving into the top end and is due to continue onward to Singapore on Wednesday 6 November. 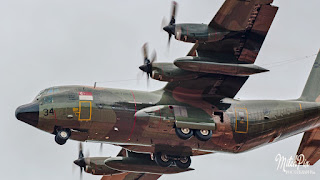 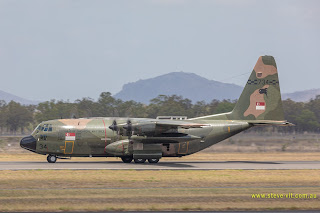 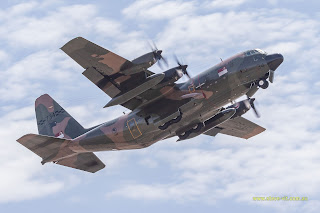