Early on Friday 15 November, Royal Australian Air Force (RAAF) Dassault Falcon 7X bizjet A56-003 was noted arriving into Maryborough Airport as "Envoy 46" from Canberra.  After a couple of hours on the ground, it continued to Rockhampton Airport where local plane spotter 'IAD' was on hand to capture a couple of photos soon after its arrival. 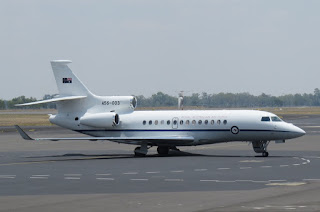 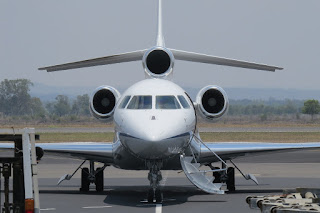 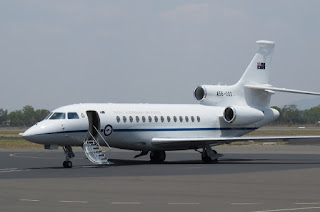 During the middle part of the afternoon, A56-003 departed Rockhampton Airport for Wagga Wagga in New South Wales before it then returned to Canberra.

After an hour on the ground, A36-002 departed Bundaberg Airport and returned to Canberra.

Finally, it's worth noting that also on Friday 15 November, one final RAAF visitor to CQ in the form of Lockheed C-130J-30 Hercules transport aircraft A97-465 was noted completing a missed approach at Rockhampton Airport as "Ausy 794".  It appeared to come up from RAAF Base Richmond and continued to Townsville after completing the airwork at Rocky.