On Sunday 17 November, CHC Helicopters Australia / Lloyd Helicopters Agusta AW139 helicopter VH-SYJ was noted passing through Rockhampton Airport while heading to Townsville - where it is pictured below. 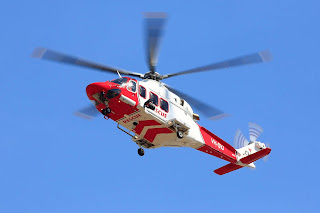 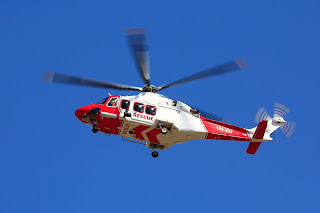 It appears that VH-SYJ is ferrying to Townsville where it will participate in the RAAF's Exercise High Sierra - the final training exercise for pilots graduating from Number 2 Operational Conversion Unit.  No. 2OCU Squadron operates out of RAAF Base Williamtown. 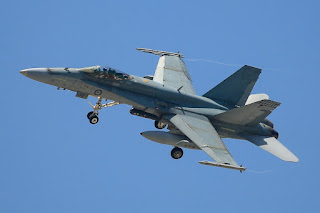 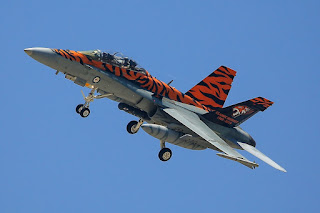 As many as 14 RAAF McDonnell Douglas F/A-18A/B Classic Hornet and British Aerospace (BAe) Hawk 127 jet aircraft will be based at Townsville Airport and complete exercises around Townsville over the next couple of weeks from Monday 18 November.