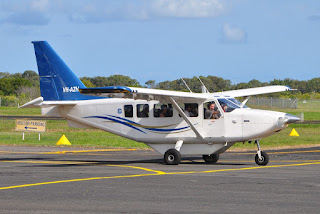 Current investigations indicate that during its take-off run, the aircraft overran the runway and collided with rocks. The pilot sustained serious injuries and the aircraft was substantially damaged.

A report will be released by the ATSB within several months.

Over the last weekend while we were in Mackay, we spotted the 'remains' of VH-AZH sitting rather forlornly in a grassed area adjacent to the Chrisair Aircraft Maintenance hangar ar Mackay Airport. 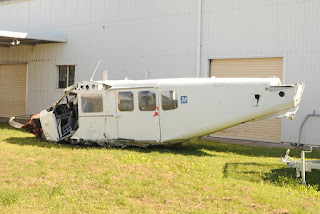 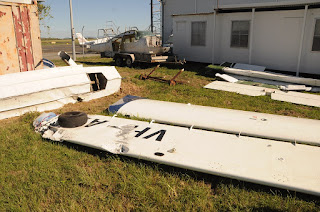 In the same grassed area also was the 'remains' of Cessna 172L VH-RIS.  The Skyhawk, which was reportedly abandoned at Bowen Airport for time, was left to face the full force of Tropical Cyclone Debbie without being tied down or stored, and has consequently been damaged beyond repair and written off. 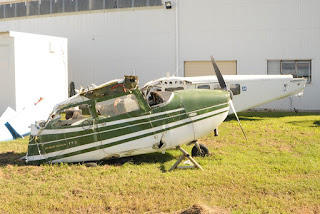