Royal Australian Air Force (RAAF) Boeing B737-7DT(BBJ) A36-001 at Rockhampton Airport Again This Week - This Time with PM on Board!

On Thursday 18 May, Royal Australian Air Force (RAAF) Boeing B737-7DT(BBJ) A36-001 made its second visit to Rockhampton Airport for the week, this time touching down from Brisbane as "Wisdom 53". 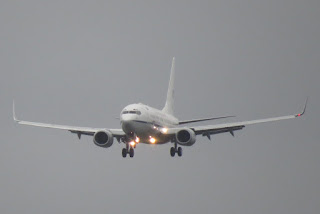 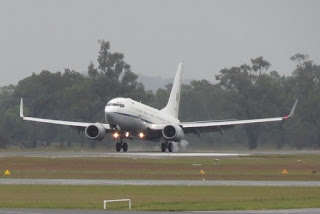 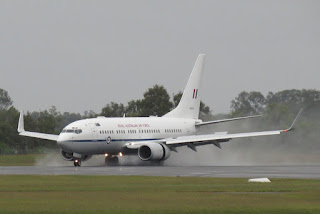 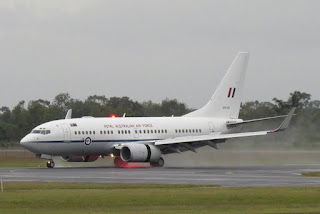 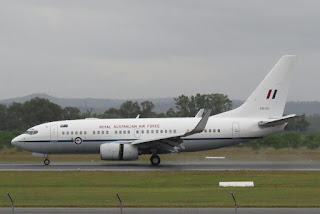 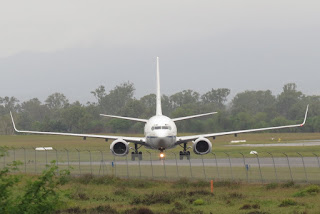 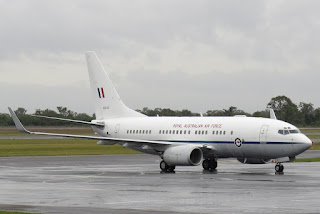 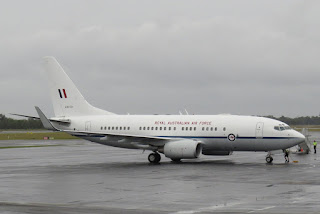 The RAAF VIP 34 Squadron aircraft appears to have brought Australian Prime Minister Malcolm Turnbull and other Federal Government Ministers to Rocky for a series of engagements. 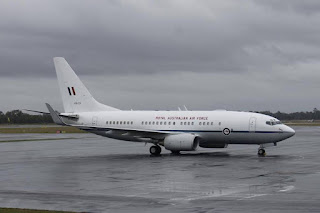 As this post is being written, A36-001 seems to be staying for at least the night.

Also calling back into Rockhampton Airport on Thursday 18 May, was the Australian Army NH Industries MRH-90 Multi-Role Helicopter A40-042. 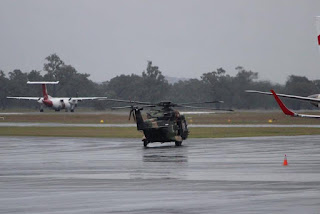 It arrived back into Rocky from Townsville and later departed to the Oakey Army Aviation Centre.  It was heard to be again using the radio callsign of "Saxon 46".