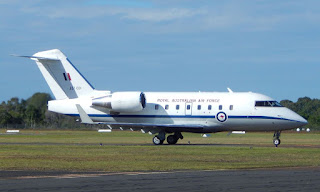 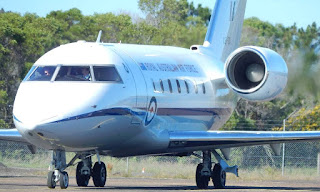 A37-001 was noted flying as "Regent 45" and initially popped into Maryborough Airport from the South.

After a short time on the ground, it continued further North to Rockhampton Airport where was spotted parked on the Northern end of the parking apron. 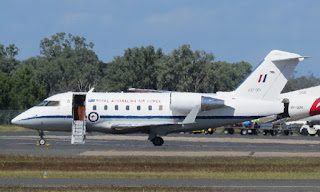 It is believed that A37-001 was brought Deputy Prime Minister Barnaby Joyce to visit both locations.

Meanwhile, also on Friday 12 May, Royal Australian Air Force (RAAF) Lockheed C-130J-30 Hercules transport aircraft A97-467 "Mentor 07" was heard to fly into Samuel Hill Airfield within the Shoalwater Bay Training Area (SWBTA) from the South.  It later departed to RAAF Base Amberley.