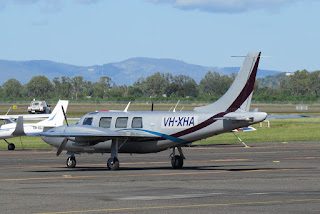 The Bankstown Airport-based Aerostar was completing a journey to Far North Queensland.  It arrived into Rocky from Townsville and departed to Bankstown.

Over the previous few days VH-XHA has flown from Bankstown to Charleville, Mount Isa and Mareeba before it started heading 'home' via Townsville.

And speaking of Mareeba in Far North Queensland, Cirrus SR22 VH-WJB was also spotted parked on the Rockhampton Airport General Aviation (GA) Apron on Wednesday 24 May. 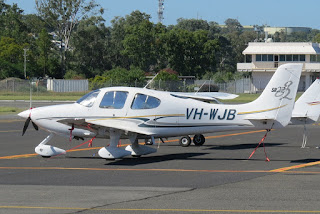 It appears to have flown down from Mareeba on Tuesday 23 May.

UPDATE!  VH-WJB attended the Old Station Fly-in and Heritage Show over the weekend and was noted returning to Mareeba directly from Old Station on Sunday 28 May.