On Tuesday 23 May, Professional Jet Aviation Cessna 525 Citation CJ1 bizjet VH-CDG was spotted visiting Bundaberg Airport.  It touched down from its Gold Coast base. 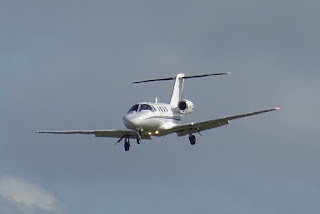 After a few hours on the ground, VH-CDG returned to the Gold Coast. 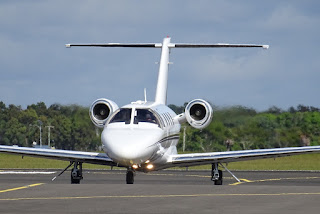 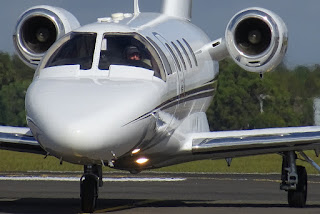 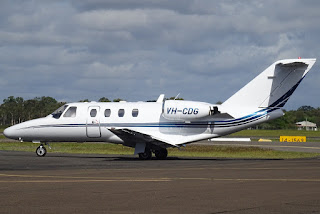 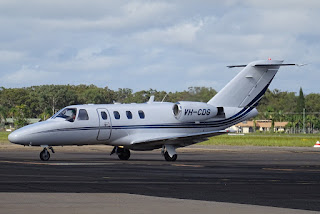 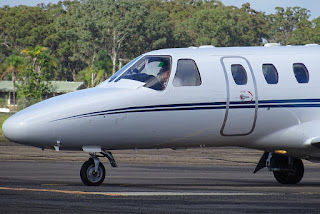 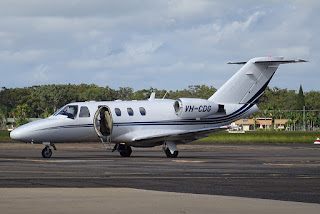 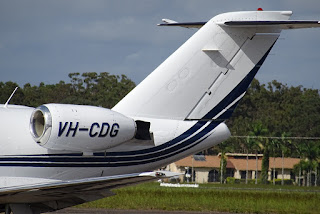 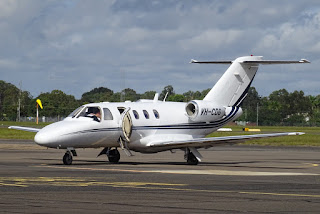 Also on Tuesday 23 May, Brisbane-based Cessna 340 VH-LKM also visited Bundaberg Airport, also visiting for a few hours but arriving from and later departing back to Archerfield.

Finally on Tuesday 23 May, a pair of Royal Flying Doctor Service (RFDS) Hawker Beechcraft B200 King Air aircraft were spotted at Bundaberg Airport in between missions.  VH-FDS "FlyDoc 425" arrived from and later departed back to Brisbane, while VH-FDI "FlyDoc 467" was photographed preparing for departure to Brisbane. 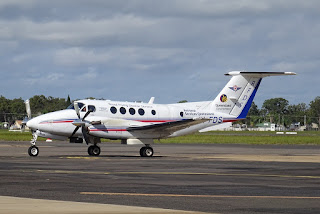 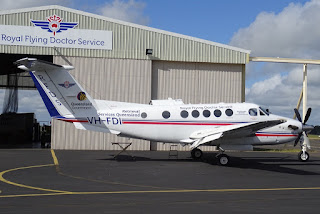