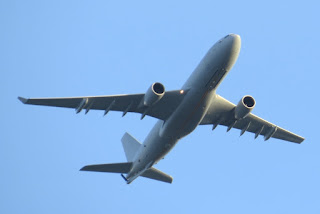 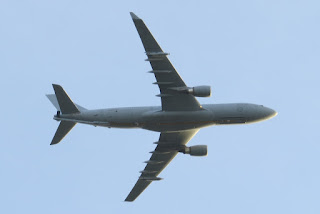 Local plane spotter Kayanne H popped out to Rockhampton Airport and captured some great photos as the KC-30A touched down on Runway 15 and parked on Gate 6 on the Southern end of the parking apron.  It looked to keep its engines running and and seemingly completing a crew swap inside the aircraft. 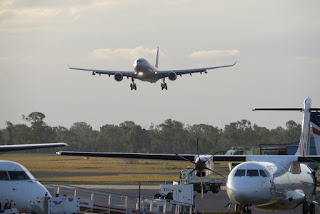 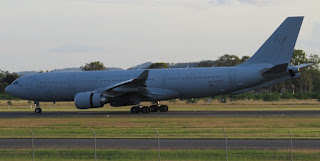 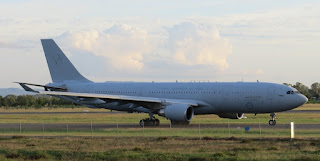 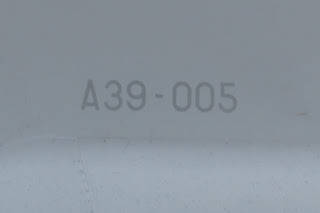 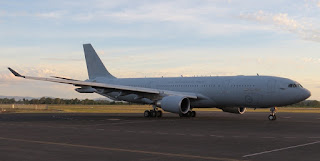 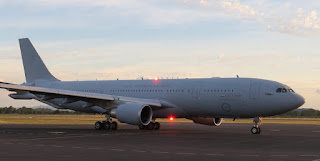 A short time later, A39-005 departed to Townsville.


It was later noted returning to Amberley.

Sincere thanks to Kayanne H for taking the time to capture and send through these great photos and video!

All photos and video taken by Kayanne Hardsman  ©
Posted by Damian F at 10:48 PM