A nice surprise visitor to call into Roma Airport on Monday 1 May was Real Tonga BAe Jetstream 3201 (JS32) A3-SKY. 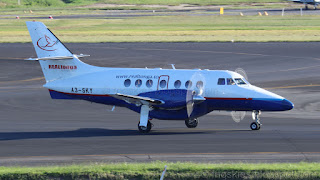 The Jetstream 32 touched down from Cairns where it is pictured arriving from Port Moresby on Saturday 29 April.

After taking on fuel, A3-SKY continued to Bankstown where it is presumably visiting for maintenance.

Of interest, the Jetstream 32 (msn 974) has previously operated in Australia with Aeropelican (now FlyPelican) as VH-OTP and took up the Tongan registration marking in 2015. 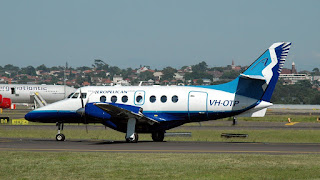 Meanwhile, touching down at Roma Airport also on Monday 1 May was Navair Jet Services operated Piper PA-31-350 Navajo Cheiftan VH-NWN.  It touched down as WA646 "Wagga Air 646" from Wagga Wagga and Orange in New South Wales.

Sincere thanks to the FNQ Skies Blog for allowing us share their great photo of the Tongan Jetstream!