On Wednesday 24 May, Australian Army Boeing CH-47F 'Foxtrot' Chinook helicopter A15-302 was spotted departing Rockhampton Airport for the Shoalwater Bay Training Area (SWBTA) after earlier (presumably) arriving from its Townsville base. 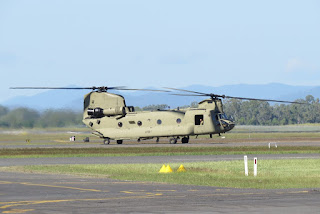 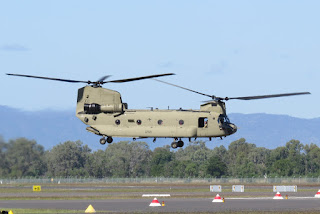 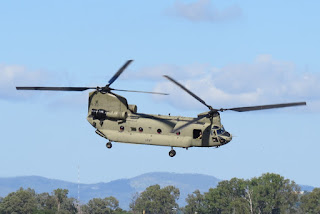 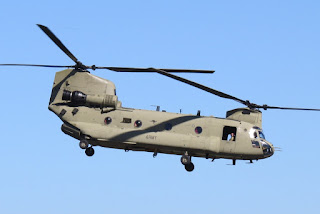 It appears that the two twin-engine, tandem rotor heavy-lift helicopter returned to Rocky to a little later in the day as it was then heard departing home to Townsville during the middle part of the afternoon.  A15-302 was heard to be using the radio callsign of "Brahman 302".