On Monday 22 May, the smart little MWP Racing Bombardier CL-600-2A12 Challenger 601 bizjet VH-MXK was spotted visiting Rockhampton Airport.  It is pictured arriving from the Gold Coast. 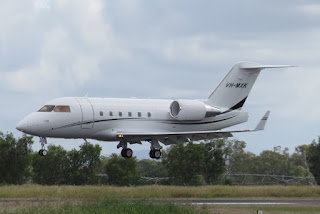 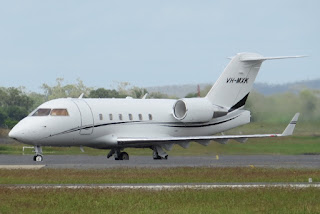 After a short while on the ground, VH-MXK departed to Melbourne (Essendon) Airport.

Meanwhile, a couple of interesting light General Aviation (GA) aircraft were also spotted visiting Rockhampton Airport on Monday 22 May.  Cessna 208 Caravan VH-DJG popped in from Dalby.  It was also noted visiting Rocky on Saturday 20 May and twice more during last week. 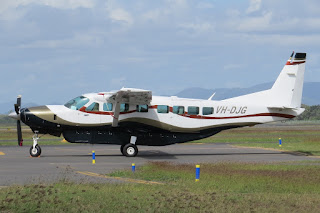 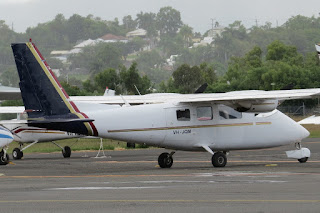 Finally, over the course of Sunday 21 May and Monday 22 May, it appeared that Air Queensland Piper PA-31-350 Navajo Chieftain VH-XLB may have been completed a series of training flights, which included several landings and airwork at several Central Queensland Airports.