An interesting arrival into Rockhampton Airport on Sunday 14 May was CHC Helicopters Australia / Lloyd Helicopters Agusta AW139 helicopter VH-SYJ.  It arrived into Rocky from Bankstown via Narrabri and Roma Airport and was heard to use the radio callsign of "Rescue 26". 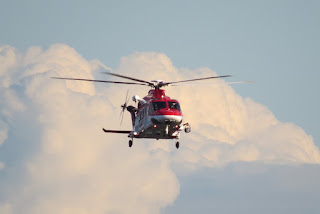 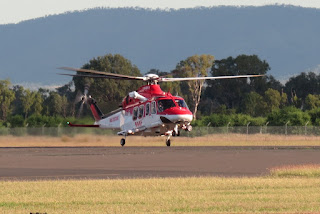 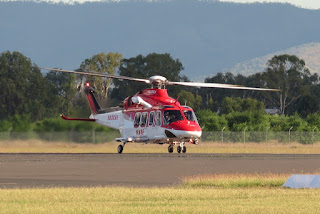 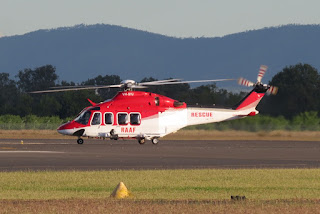 As shown in these great photos captured by local plane spotter 'IAD', the Agusta is currently wearing titles suggesting it is being operated for the Royal Australian Air Force (RAAF) in a Search and Rescue (SAR) role by CHC Helicopters / Lloyd Helicopters. 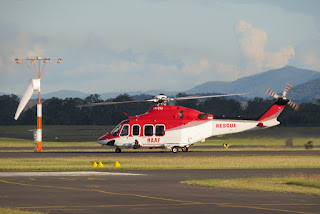 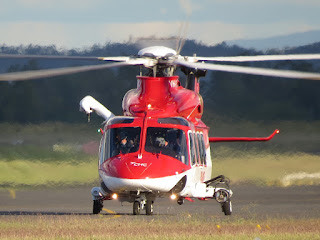 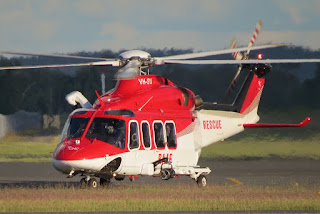 The helicopter was until recently operating for the Ambulance Service of New South Wales (NSW) out of Bankstown Airport  - also as "Rescue 26" - alongside two other AW139 helicopters - VH-SYV and VH-SYZ - and a pair of Eurocopter MBB-BK 117 C-2 helicopters - VH-SYB and VH-SYG.


Of interest, the Greater Sydney Area Helicopter Emergency Medical Service (GSA-HEMS) contract has recently been awarded to the Toll Group who has officially launched the Toll Rescue Helicopter Service in partnership with the Ambulance Service of NSW to provide aeromedical services to communities of NSW in the Southern Zone including rescue helicopter bases at Bankstown, Wollongong, Orange and Canberra.