With the bushfire crisis in parts of Central Queensland becoming worse, on Tuesday 27 November, another aerial survey aircraft was photographed at Rockhampton Airport. 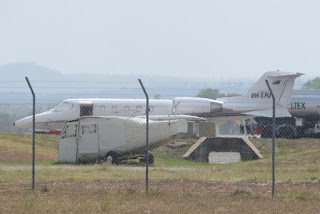 Air Affairs Australia / Gojet (New South Wales) Gates LearJet 35A VH-LPJ was spotted on the ground at Rocky soon after arriving from  HMAS Albatross at Nowra in New South Wales. 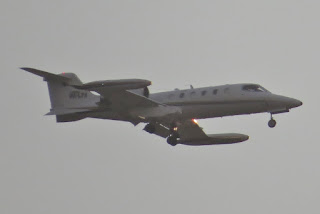 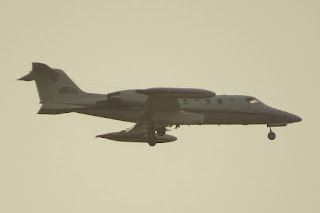 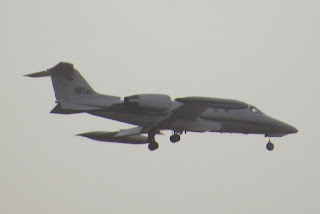 It was immediately put to work and two flights out of and back to Rockhampton Airport, completing aerial survey flights around different parts of Central Queensland.

The Firescan aircraft reportedly map the fire fronts that then feed into the Predictive Services Unit and the State Disaster Coordination Centre in Brisbane.

All photos taken by Kayanne Hardsman  ©
Posted by Damian F at 8:40 PM