On Thursday 15 November, Republic of Singapore Air Force (RSAF) Lockheed C-130H Hercules '735' arrived at Rockhampton Airport as "SAF9859" from Darwin where it arrived from Singapore the previous day. 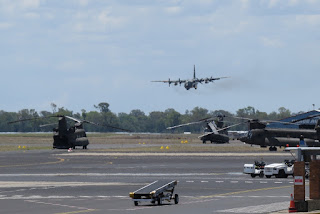 Local plane spotter 'IAD' was able to capture a couple of photos as the Herc touched down and then was parked on the Northern part of the Rockhampton Airport parking apron, alongside the remaining three of the four RSAF Boeing CH-47D Chinook helicopters. 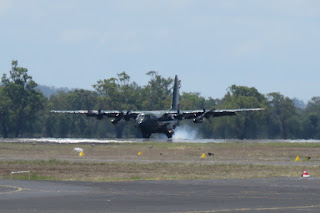 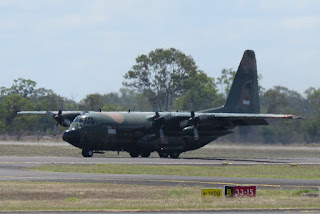 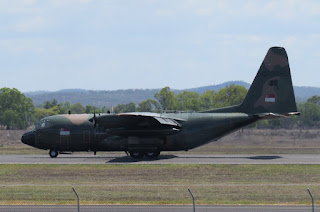 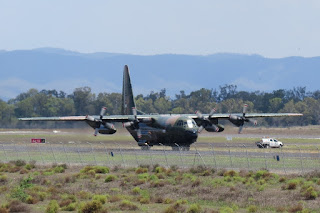 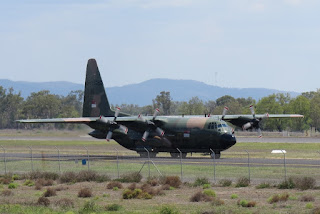 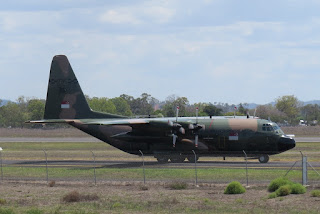 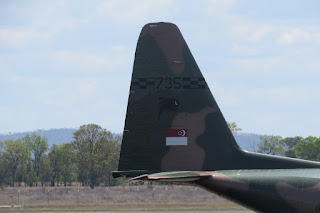 With the conclusion of Exercise Wallaby 2018 it would make sense that '735' has come to Rocky to collect equipment and transport it back to Singapore.  At the time of writing '735' remains at Rockhampton Airport and it is expected to return to Darwin early on Friday 16 November.