Over the course of this week, Brisbane-based Teys Australia Cessna 525 Citation CJ2 bizjet VH-TEY has visited some Central Queensland Airports with it spotted visiting Maryborough Airport on Thursday 29 November. 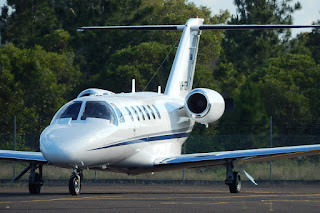 It initially departed its Archerfield base and called into Biloela / Thangool and Rockhampton Airports on Tuesday 27 November.  After staying for the night, it departed back to Archerfield.

Then on Thursday 29 November, VH-TEY departed Archerfield and appeared to call into Hervey Bay (Fraser Coast) and Maryborough Airports before later heading to Gladstone Airport.  VH-TEY then returned to Archerfield. 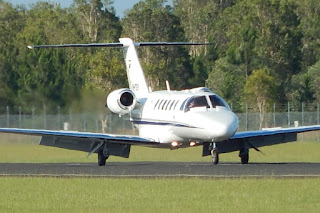 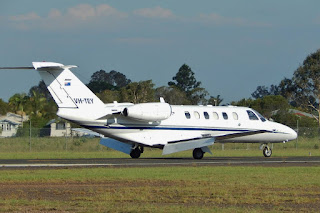 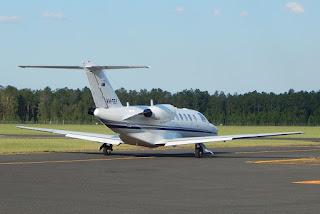 As we've mentioned previously, VH-TEY was registered in late August and research reveals this particular aircraft is no stranger to Central Queensland Airports.  The aircraft previously wore the registration marking of VH-RJB and was a regular visitor for its previous operator Edwards Coaches of Armidale in New South Wales.

Meanwhile, also at Maryborough Airport but on Monday 26 November, Pilatus PC-12/45 VH-PID was noted arriving from its Toowoomba base.  After spending the night, it returned to Toowoomba on Tuesday 27 November. 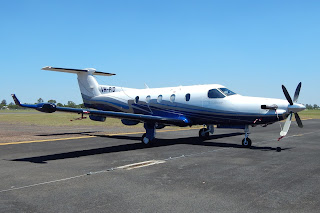 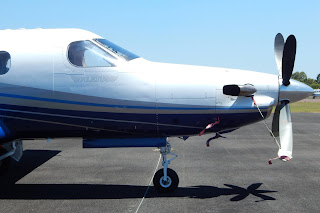 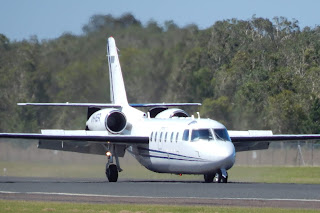 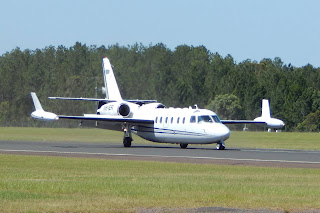 The fully kitted out as a specialist medical retrieval and evacuation (med-evac) aircraft has spent much of this year operating overseas and was last seen in the CQ region in February this year with it also noted visiting Perth in Western Australia in August.

Sincere thanks to David G at Maryborough for taking the time to capture and send through these great photos!