The fourth and final 'wave' of heavy jet charter flights at Rockhampton Airport in support of the Singapore Armed Force's Exercise Wallaby 2018 started and finished in one night late on Wednesday 14 November and early on Thursday 15 November. 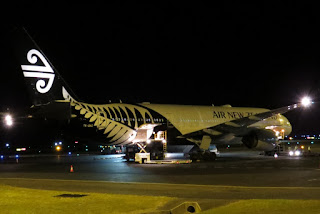 The only Air New Zealand operated charter flight for the Exercise touched down first with Boeing B777-200 ZK-OKE positioning from Auckland empty as ANZ6006.  It was then loaded with a full flight of personnel and their bags before it later departed Rockhampton Airport direct to Singapore's Changi Airport as ANZ1946. 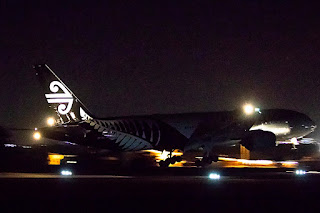 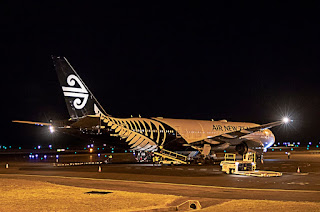 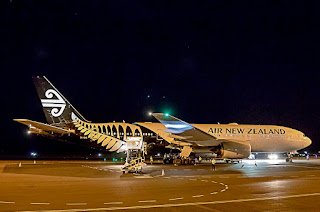 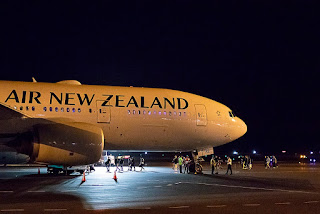 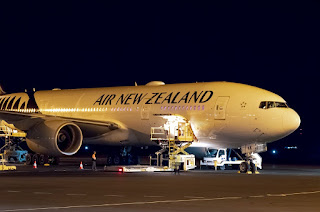 Of interest, ZK-OKE has since positioned back to Auckland direct from Singapore but as ANZ6005.

Then, in the wee small hours on Thursday 15 November, Royal Brunei Airlines Boeing B787-8 Dreamliner V8-DLD arrived into Rockhampton Airport, positioning direct from Brunei as RBA4271.  It too was loaded with a full flight of personnel and their bags and it then also departed direct to Changi but as RBA4272.

These flights see the end of heavy jet passenger charter flights in support of this year's Exercise.  All up, there were four 'waves' of 13 aircraft with the vast majority flown by Royal Brunei Airlines Dreamliners.

With the Volga Dnepr Antonov AN-124 been and gone, transporting the four Republic of Singapore Air Force (RSAF) Boeing AH-64D Apache helicopters home to Singapore, and the six RSAF Aerospatiale / Eurocopter AS332M Super Puma helicopters and a sole RSAF Boeing CH-47D Chinook helicopter all returning 'home' to Oakey, the RSAF flying operations around Rockhampton Airport are slowly coming to an end once again for another year.

Sincere thanks to local plane spotters Kayanne H and Russell P for yet again taking the time to capture and send through these great photos!