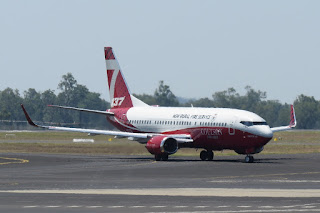 N137CG initially flew over bushfires near Agnes Water and dropped some 15000 litres of water onto the fire before being photographed arriving into Rockhampton Airport for a historic first visit. 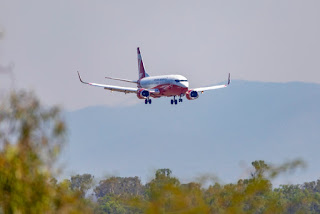 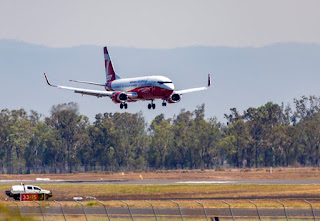 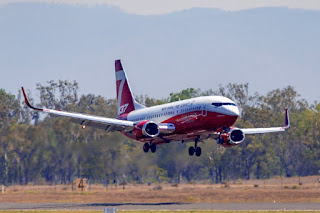 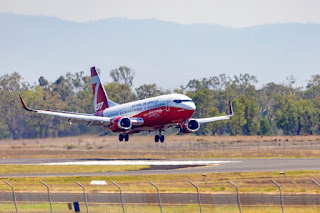 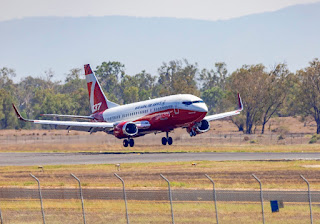 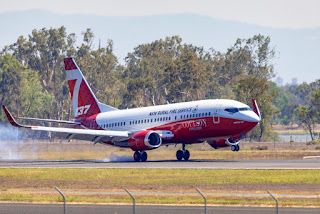 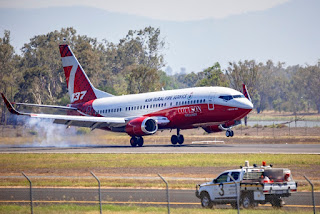 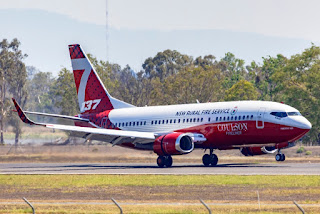 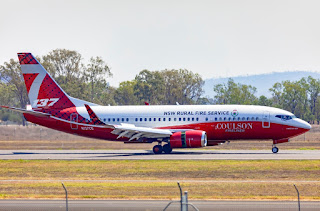 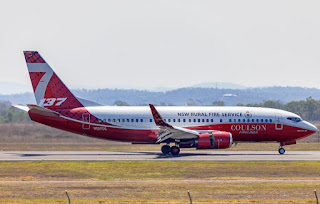 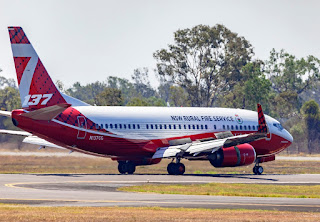 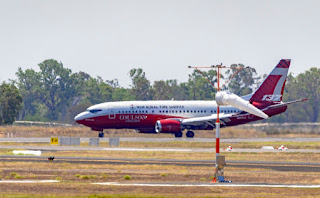 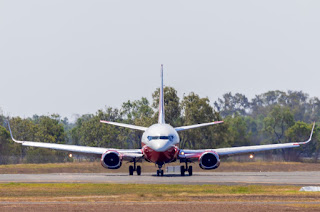 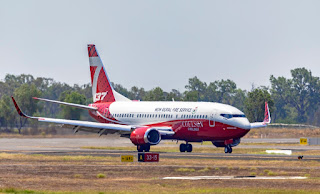 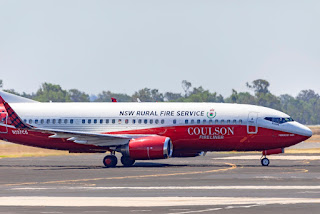 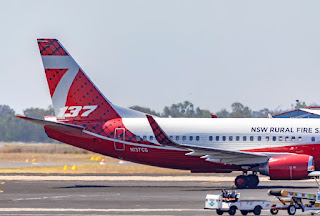 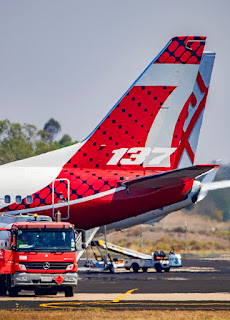 The B737 'Fireliner' based at Richmond along with other Coulson Aviation Lockheed C-130 Hercules firefighting aircraft while they are deployed to the New South Wales Rural Fire Service (RFS) for the Australian Summer.

As we also posted below, the arrival of the B737 'Fireliner' also brought a pair of Australian based support aircraft into Rockhampton Airport. 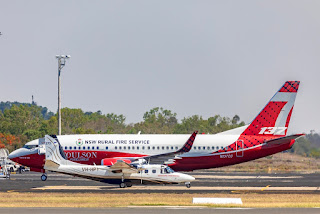 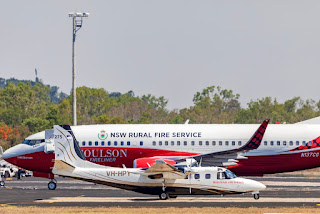 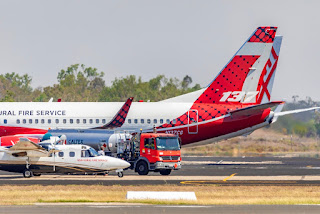 Victorian-based Agair Logistics P/L Gulfstream American Corporation 695A Jetprop Commander 1000 VH-HPY flys in support of the B737 'Fireliner' acting as a guide and flying as "Birddog 275". 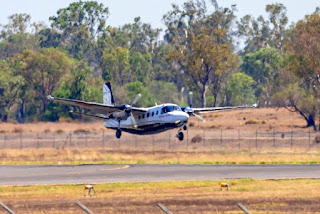 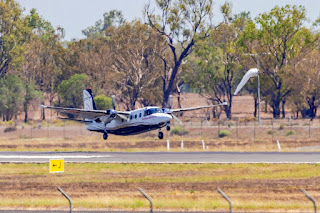 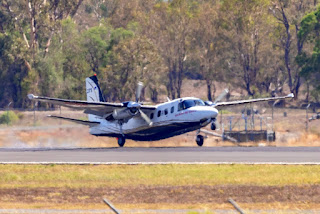 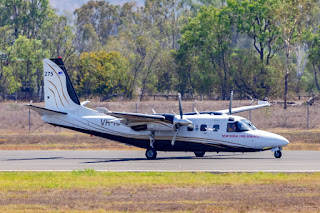 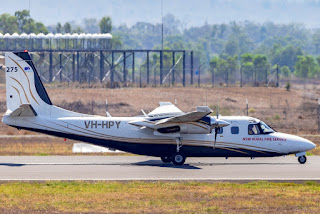 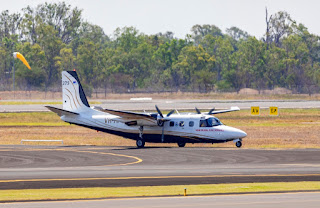 These two aircraft have clearly been deployed to Rockhampton in support of the bushfire fighting efforts for a period of time and are operating from the Northern end of Rockhampton Airport parking apron. 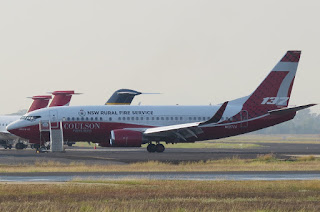 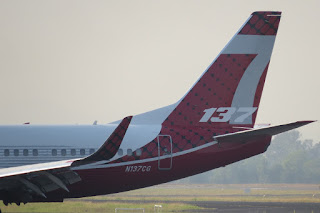 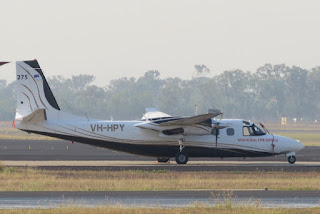 Sincere thanks again to the Rockhampton plane spotters for sending through these great photos of a historic visitor to the region, albeit in very sad circumstances.  Our thoughts and prayers are with those who are affected by this current bushfire emergency.

Photos taken by Russell Prothero and 'IAD'  ©
Posted by Damian F at 9:52 PM