On Thursday 29 November, Babcock Offshore Services (ex Bond Helicopters) Sikorsky S-92A helicopter VH-NYW was noted passing through Emerald and Longreach Airports on the first part of a ferry flight from Brisbane back to Western Australia. 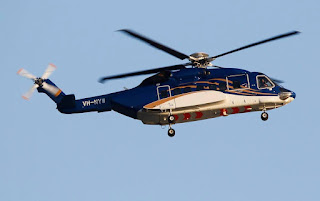 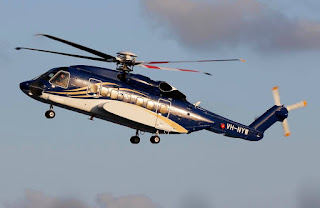 It appears to have undergone planned maintenance at the Helitek Facility on the Brisbane River.  VH-NYW was photographed by local plane spotters James S completing a test-flight earlier in the week.

At the time of writing, VH-NYW was planned to spend the night at Mount Isa and continue to Tennant Creek and Kununurra in Western Australia on Friday 30 November.

Sincere thanks to James S for allowing us to share his great photos!

All photos taken by James Saunders  ©
Posted by Damian F at 10:25 PM