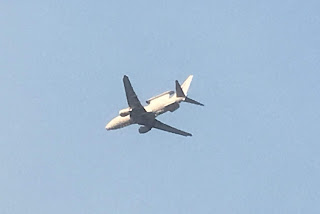 A30-005 was flying as "Mitchell 02" and looked to fly up from its home base at RAAF Base Williamtown near Newcastle in New South Wales.  It was due to complete airwork around Rockhampton but with too much air traffic in the area, it headed North to complete airwork at Mackay Airport.

After completing its airwork at Mackay Airport, A30-005 flew further North towards Townsville.