On Thursday 1 November, one of the main 'players' in the Singapore Armed Force's Exercise Wallaby 2018 was noted departing Rockhampton Airport for good following its deployment and participation in the Exercise.


The visiting Republic of Singapore Air Force (RSAF) Lockheed C-130H Hercules transport aircraft '734' was noted departing Rockhampton Airport for Darwin as "SAF9858".  It is due to continue onward to Singapore on Friday 2 November.

The Herc has spent a month operating out of Rockhampton Airport, completing various flights out to and back from the Shoalwater Bay Training Area (SWBTA) - including completing cargo drop sorties which local photographer Russell P recently captured some images of their loading and preparations. 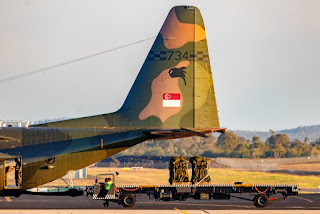 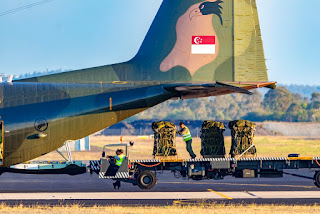 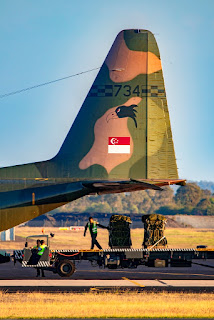 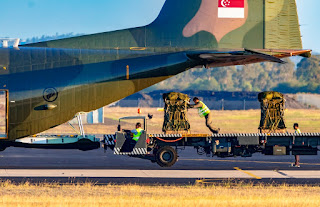 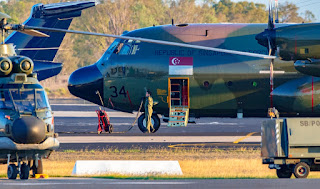 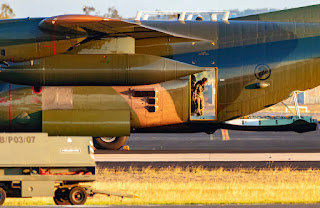 During its flights to the Bay and back, '734' was heard to be using the radio callsign of "Condor"  It is one of six C-130H aircraft which are flown by the RSAF's 122 Squadron "Condors" based at the Paya Lebar Air Base (PLAB) in Singapore.

All photos taken by Russell Prothero  ©
Posted by Damian F at 8:36 PM